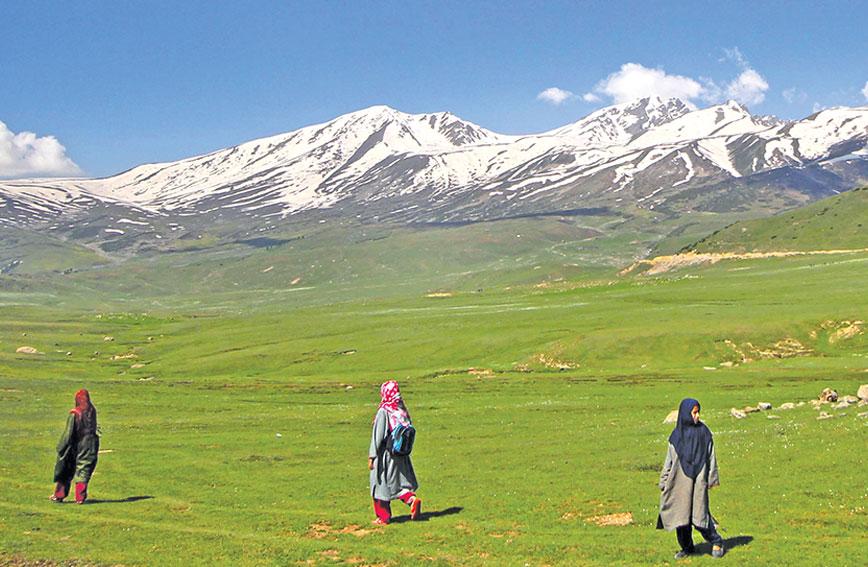 Tosa Maidan to be tourist attraction

Tosa Maidan, a huge meadow in central Kashmir’s Budgam district, is set to make its mark on the tourism map of the state. The J&K government has announced the setting up of a separate development authority for it.

Tosa Maidan Bachav Front (TBF), which was at the forefront of the movement to shift the army firing range from the meadow, welcomed the announcement. It said the move would benefit people only when their right to life is ensured in the meadow and its vicinity.

More than 60 people have lost their lives due to the presence of the army firing range in the Tosa Maidan area. These people died after fiddling with unexploded shells and ammunition in the area. During the chief ministership of Omar Abdullah the army decided to shift the firing range from Tosa Maidan. The TBF had agitated for the firing range to be shifted.

Dr Shaikh Ghulam Rasool, founder and chief patron of TBF, said he was grateful to the state government for this move but emphasised it was incomplete. “The Community Driven Adventure and Rural Tourism (CDART) initiative by the government can be fruitful only when the basic right to life is ensured. The underlying question is, who is tourism for when the people and environment are vulnerable to threat and damage? Ensuring the right to life is most important. Everything else, including development, then follows,” said the TBF founder.

Dr Shaikh said that history stands witness to the fact that all that tourism development authorities have brought about is unprecedented destruction to the environment, ecology, flora and fauna. He said that health resorts like Pahalgam, Gulmarg and Sonamarg are examples of poorly planned tourism. The government must ensure that Tosa Maidan is saved from such vandalism.

“Before any further ‘development authorities’ are established and finalised, the government must revisit its past strategies. An Environmental Impact Assessment (EIA) needs to be carried out. It should uncover all the elements of environmental vandalism and the officials responsible must be brought to book,” he said.

He also pointed out that since many people had lost their lives due to the army firing range it was imperative that their kith and kin be compensated. He said that the justice delivery system needs to be improved and compensation be given to the affected so that some confidence in the government’s move is restored.

Nazir Ahmed Lone, Programme Coordinator of TBF, said that they had put up a list of demands to the state government. They included the setting up of an independent development authority. But some demands were yet to be conceded.

“It is important that the present government provides adequate compensation to widows, the disabled and the community at large. The development authority will be mere eye-wash if compensation is ignored,” said Lone.

Molvi Maqbool, General Secretary of the TBF, said that women and tribals need to be given proper representation in the Tosa Maidan Development Authority (TDA). He said that the officials being appointed to the newly formed TDA should declare all their assets.

“The preservation of the ecology and environment should be treated as a priority. Proactive disclosure under Section 4 of the state’s RTI Act should apply to the tourism department, including fund allocation and policy decisions. Officials who are upright and honest should be appointed to the  development authority for Tosa Maidan,” said Maqbool.

The managing body of TBF comprising some sarpanches and other locals warned the state government and the tourism department of dire consequences if any move was ever made to disrupt the community-driven tourism model for Tosa Maidan and surrounding villages.

“Together we all have formed TBF not only to remove the firing range from Tosa Maidan, but to protect the ecology and environment and let the community have all control over policies and operations in Tosa Maidan. We will not allow government officials to dictate terms to us since we have suffered a lot in the past,” said the managing body members of TBF.

People here also point out that successive state governments have failed to upgrade the tourist infrastructure, resulting in less inflow of tourists to J&K. These people say that those at the top are taking steps that are irrelevant to promotion of tourism.

“Establishment of new development authorities is a step in this direction. Although more than half-a-dozen development authorities now exist in the state, when it comes to performance all of them are a big zero. The existing tourist infrastructure is below par in most areas. Little effort is being made to improve it,” said members of TBF.

Road connectivity to various tourist places, including Tosa Maidan, is very poor. The tourism department will have to work very hard to make Tosa Maidan a tourist hotspot and get the TBF
on board.