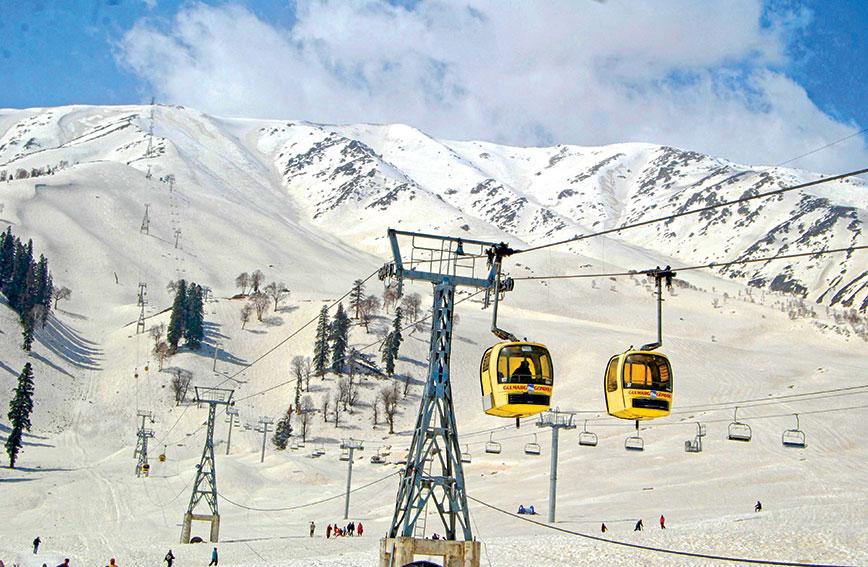 Kashmiris are hoping that winter will attract tourists

After being pushed to the wall during the summer agitation the beleaguered tourism sector in  Kashmir was relieved when three top separatist leaders of the Valley unexpectedly issued an open invitation to tourists to come and visit  ‘Paradise on Earth’.

Separatist leaders Syed Ali Shah Geelani, Mirwaiz Umar Farooq and Mohammad Yasin Malik in a joint statement asked the people to come and enjoy the hospitality of Kashmir. They also invited the Amarnath Yatris and said that people coming to Kashmir on pilgrimage should not feel scared.

“Everyone in the world, including India, is most welcome to Kashmir. We invite them to come  and enjoy our hospitality and the beauty of paradise on earth,” said the separatists. They said that since centuries Kashmiris have been providing exemplary hospitality and safety to tourists and Yatris from the whole world including India.

The statement has come as big relief for the people associated with the tourism sector in the Valley. The arrival of tourists to Kashmir plummeted this summer because of the agitation that broke out after the killing of Hizbul Mujahideen commander, Burhan Muzaffar Wani.

“The statement issued by the resistance camp is timely. It will clear misconceptions among the intending visitors. It will promote Kashmiri tourism outside the state,” said Mohammad Ibrahim Siah, President, Travel Agents Society of Kashmir (TASK).

Siah said that the tourism sector is facing its worst ever crisis and there is need for coordinated efforts by all sections of society to revive tourism in the Valley.

Abdul Majid, President, Kashmir Hotel and Restaurant Association (KHARA), said that tourists  intending to visit Kashmir should lend a deaf ear to the negative campaign being carried on by some people. He said that there are some ‘elements’ who want to damage the tourism sector of Kashmir.

“Even under the worst conditions Kashmiris have kept their tradition of hospitality alive. We hope that tourists, without any fear and reservations, will plan their holidays and visit the state with the same zeal and passion as before,” said Majid.

The Travel Agents Association of Kashmir (TAAK) while welcoming the statement of the separatists said that the announcement was a major development for the people associated with the tourism trade. They were waiting for such an announcement so that they could earn their livelihood.

“Hospitality runs in the blood of Kashmiris. This has been admitted across the world. Even during the unrest, tourists were taken care of by the people here and not even a single tourist was harmed. We request media organisations, especially the national media, to run a positive campaign so that negative perceptions about Kashmir are cleared among intending visitors,” said Manzoor Sidiq, President TAAK. 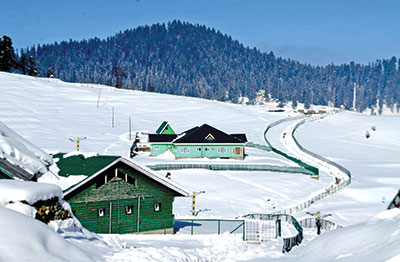 “The statement of the separatists is welcome, but a sustained dialogue process to find a solution to the Kashmir issue will help business grow and attract tourists. For tourism to survive, a peaceful environment is necessary. Both tourism and other business sectors would  then grow,” said Mohammad Showkat Chowdhary, Chairman KEF.

Besides the people associated with the tourism trade, ordinary people are also elated over the statement of separatists. People, on the whole, believe that the statement is a welcome one and  that the future of Kashmir more so its tourism is bright.

“We have lost this year’s tourist season to the agitation, but the recent statement has rekindled hope that the situation will become normal in the Valley in the coming months. Since the  economy in Kashmir, to a great extent, depends on tourism it is important that stakeholders like the separatist leaders pitch in and do their bit in normalising the situation,” said Shahid Ahmad, a city resident.

Mohammad Anwar, a resident of Dalgate, exuded confidence that the statement of the separatists would lead to a good inflow of tourists to Kashmir in winter. He said that world renowned health resorts like Gulmarg would attract tourists from within and outside India, if the situation returns to normal in Kashmir.

Very few tourists both domestic and foreign visited Kashmir this year in summer as the Valley was rocked with anti-government protests. The spell of protests that started following Burhan’s killing claimed around 100 lives with thousands getting injured as well. Many of the injured sustained pellet injuries in their eyes and lost their vision forever.