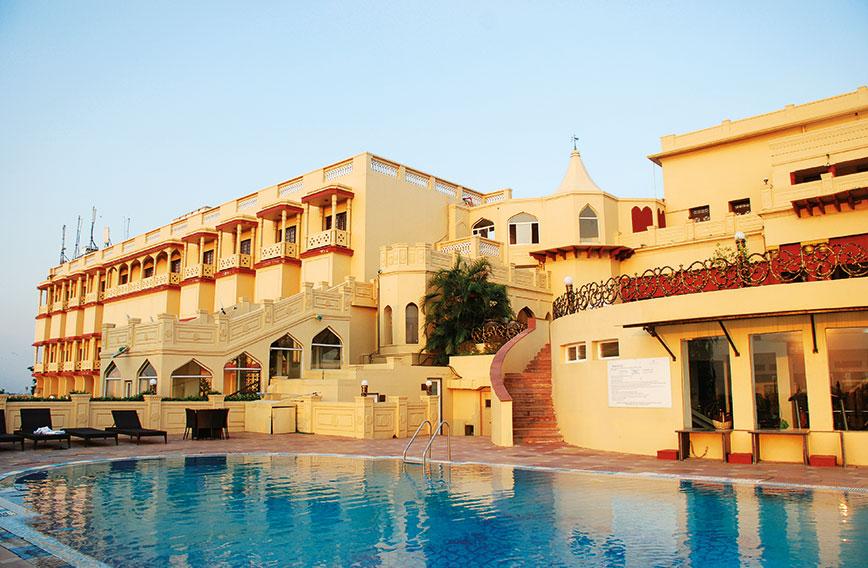 Go to Bhopal for museums, monuments and palaces

Sitting in the balcony of my room at the Noor-Us-Sabah Palace Heritage Hotel in Bhopal, I watched a magnificent sunset over a picturesque lake. Noor-Us-Sabah, which means ‘light of dawn’, was formerly a palace belonging to the royal family of Bhopal. At the entrance, a portrait of the begum who was on the throne when it was built, heralds a welcome. There is also the royal palanquin and opposite it the former princely state’s insignia, which used to be carried before the royal carriage during state functions. And there is a 10-gear vehicle which members of the royal family used for hunting.

The begum was a descendant of the Afghan chief, Dost Mohammed Khan, who is credited with having laid the foundations of the city as it is today. Dost Mohammed was in charge of Bhopal during Mughal emperor Aurangzeb’s reign and, after the latter’s death in 1707, took over the region. For two centuries after his death, it was his descendants who ruled the nawabi state.

Bhopal is as exceptional today as it was in the past. The Islamic influence in old Bhopal dates back to the early 15th century and to Dost Mohammed.  However, the city existed before that. It is said to have been founded in the 11th century by Raja Bhoja who is also credited with creating the twin lakes. Named after its founder, Bhopal was earlier known as Bhojpal and Raja Bhoja’s legacy is the huge Bhojeshwar temple, some distance from the city. Devastated by successive invaders, the city was finally rebuilt in the 18th century by Dost Mohammed.

The history of Bhopal is distinctive among the princely states in India. Its most interesting facet is that it was ruled by four consecutive begums over a century, unlike any other preceding or contemporary princely state of those times. These dynamic and charismatic women challenged the rules and transformed the course of history, something virtually unheard of in the early 1800s. They redefined Bhopali tradition with its combined Muslim and Maratha heritage and  lived king-sized lives, as leaders and commanders, patrons of the arts, benefactors and competent administrators, world travellers and regal hosts.

A progressive and cosmopolitan culture took root under the peaceful rule of the begums. The contribution of these rulers to the development of the city includes a postal system, railways and modern waterworks. Being pragmatic rulers, they negotiated and maintained good relations with the British who, in turn, treated them with respect.

Split by a pair of lakes, Bhopal is where the old and new coexist in perfect harmony. North of the lakes are mosques and crowded bazaars. South of them is modern Bhopal with upmarket malls, restaurants and museums. 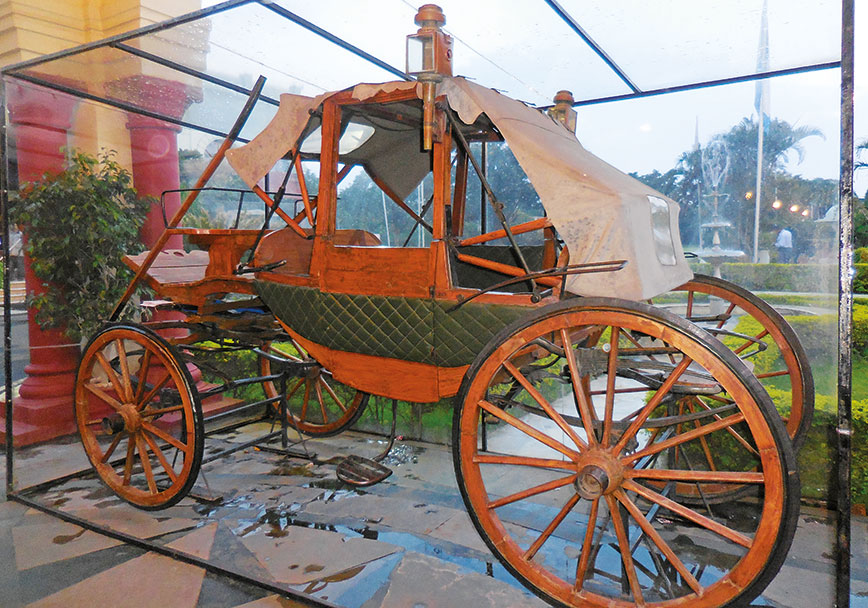 One should go museum-hopping in Bhopal. The city has been hailed as the museum capital of India. Bharat Bhavan is a unique fine arts complex for performing and visual arts, designed by eminent architect Charles Correa. Bhopal also has a fun Science Museum and the Birla Museum which epitomises the rich culture of Madhya Pradesh. It has on display tools from the Neolithic age. The State Archaeological Museum houses an interesting collection of old scriptures, paintings, 12th-century bronzes, photos of the begums, statues and relics culled from different parts of the country.

The anthropological National Museum of Man (Rashtriya Manav Sangralaya), which has 30 prehistoric rock shelters with ancient paintings, is worth a wander. The   authentic dwellings on display here, built and maintained by Adivasis using traditional tools and materials, reveal India’s immense ethnic diversity. 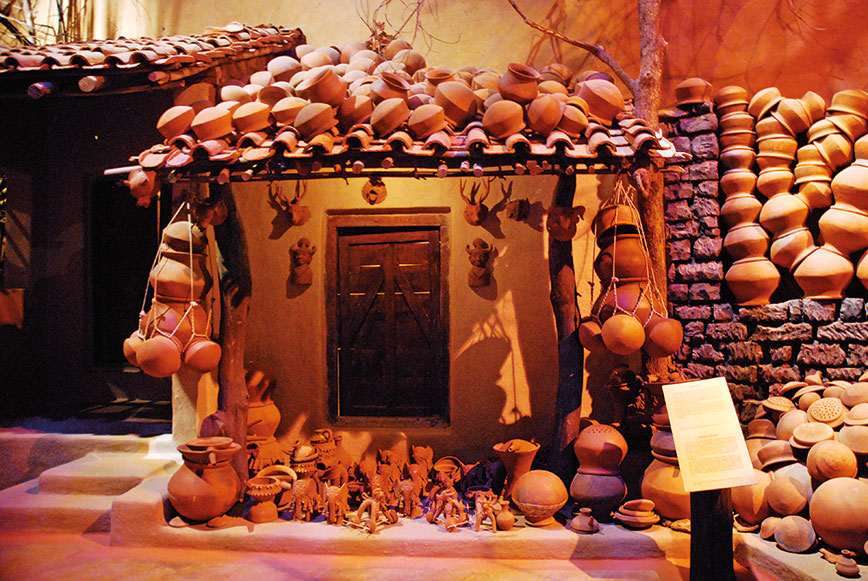 Utensils on display in the Tribal Museum | Photo: Susheela Nair

But the best part is the Tribal Museum where you can see artworks hanging from trees, and leaping at you from walls, or, in one gallery, from a two-storied wooden porch in the middle. The building is as striking as the exhibits which celebrate the ways of life practised by seven major tribes in the state through their crafts. The five massive, surreal galleries showcase replica tribal houses, ritual sites and stunning artisan pieces including trees carved into elaborate wedding pillars. Another couple of galleries showcase the state’s cultural diversity and the works of the tribes of Chhattisgarh.

Bhopal, being the city of lakes, is equally proud of its architectural gems, like the Taj-ul-Masjid (Crown of all Mosques), Shah Jahan Begum’s dream project. It is believed to be the largest stone mosque in Asia. The building’s huge main hall, two towering minarets, inter-arched roof, cool marble flooring, prayer hall with scalloped ceilings and a spacious courtyard surrounded by fortress-like pink walls is thronged daily by the faithful. An interesting aspect of this mosque is that it also functions as a religious Islamic school during the daytime.

Located in the heart of the old city is the imposing Jama Masjid, a gift of Qudsia Begum. It is a stupendous work of art crowned by gold spikes atop minarets. The Gauhar Mahal, the early 19th-century royal palace with its pretty courtyards, balconies and hallways, is equally impressive.

Just north of the Lower Lake is the Moti Masjid, built in 1869 by Sikander Jahan (also known as Moti Begum). Another lesser known mosque, Masjid Dhai-seedi, is believed to be one of Bhopal’s oldest, and the smallest mosque in the world. Exactly two-and-a-half steps lead up to it, hence the name.

No visit to Bhopal is complete without tasting some of the city’s delicious culinary offerings like bade-ka-kawab, fluffy poha sprinkled with spicy sev and crispy jalebis. Bhopal is also famous for gutka and Sulaimani chai, a strong tea brewed with sugar syrup and a pinch of salt. The risala (a chicken preparation with rich gravy) and biryanis in the small eateries near the Chowk are delectable.