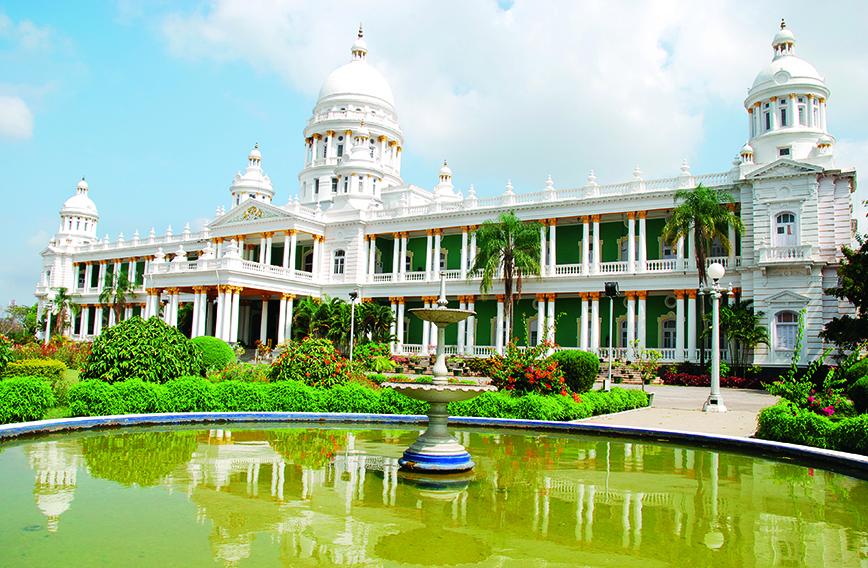 The Lalit Mahal Palace in Mysore

Dying to get out? Drive to palaces, a jungle, museums

From Bengaluru we embarked along the well-marked SH-17, the main highway to the heritage-rich city of Mysore, driving past Ramnagara, Channapatna, Maddur and Srirangapatna. Situated in the southern part of the Deccan Plateau, Mysore district is a trendy tourist destination, offering a fabulous mix of Karnataka’s major tourist attractions.

You can start your journey in the district from the historical city of Mysore, the royal city famed for its magnificent palaces and imposing heritage buildings, sprawling gardens and tree-lined boulevards, shimmering silks and sandalwood. Keeping Mysore as the base, make day trips to the neighbouring districts of Mandya and Chamarajanagar to explore tourist attractions like the Brindavan Gardens, Srirangapatna, the Ranganathittu Bird Sanctuary and other places.

As we were in a hurry to reach Kabani, our destination, we stopped by only some of the important places on the regular tourist itinerary. We started with the majestic Mysore Palace which is a treasure trove of exquisite carvings and works of art culled from all over the world. With its brass-plated domes, turrets, arches and colonnades, it is a blend of Hindu and Muslim styles of architecture. The Dolls’ Pavilion, featuring a gallery of European and Indian sculpture and ceremonial objects, the majestic Durbar Hall with ornate ceiling and sculpted pillars, and the golden elephant throne will take your breath away. The Marriage Pavilion, adorned with paintings of the Maharaja’s days, glazed tile flooring, cast-iron pillars, chandeliers and multi-coloured stained glass in the domed ceilings, is an absolute masterpiece.

From the Palace we headed to St. Philomena, a beautiful cathedral reminiscent of medieval architectural style. This imposing structure with an underground crypt, lofty twin spires and beautiful stained-glass windows depicting Biblical scenes, is equally impressive.

We then did a whirlwind tour of the Jayachamarajendra Art Gallery which has an excellent collection of exquisite pieces of metal, ceramics, sandalwood, ivory, stone, antique furniture, ingenious indoor games and ancient musical instruments. We also admired the priceless paintings of reputed artists like Raja Ravi Varma and Nicholas and Svetoslav Roerich, as well as traditional Mysore gold leaf paintings. A series of faded black and white photos of ceremonial occasions share space with elaborately imported clocks. But the prize exhibit is a rare French musical calendar clock. 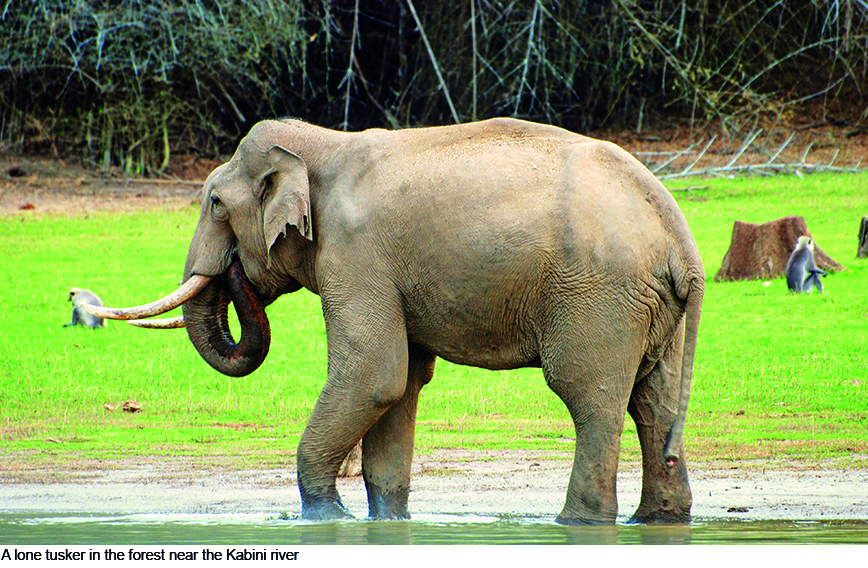 We lingered awhile at the small Rail Museum near the railway station. With its priceless locomotives, coaches, collection of paintings and photographs narrating the ‘Rail Story’, it is worth a peek. It has other interesting exhibits like the Maharani’s Saloon built in the UK of 1899 vintage coupled with a kitchen-dining car built in Mysore in 1914 and a railway clock dating back to 1889.

From there, we drove 10 km out of town to the summit of Chamundi Hill at an altitude of 3,489 ft. The summit offers a panoramic view of Mysore’s lakes, parks and palaces. Perched atop the hill is the 12th-century temple, with its colossal pyramidal gopuram dedicated to Chamundeswari, the patron deity of the Wodeyars. Close to the temple is the gigantic statue of Mahishasura. Descending the hill, we saw the 16-foot monolith of the seated Nandi, Lord Shiva’s bull.

After a night halt in Mysore, the next morning we set out for Karapur village on the bank of the eponymous Kabini river, close to the Kakanakote range on the southern fringes of the Nagarhole National Park. The dense jungle here was the exclusive hunting preserve of Indian and British royalty who couldn’t resist the lure of the jungle. Now it is a haven for avid photographers.

We checked into Jungle Lodge’s Kabini River Lodge at noon. Built around the hunting bungalows of the erstwhile Maharaja of Mysore, the resort sprawls over 55 acres with a cluster of colonial bungalows and cottages. An old-world charm still clings to these bungalows with their tiled roofs, high-gabled ceilings of polished wood and long-stemmed fans from days gone by, running verandahs where one can lounge in rattan chairs and thatched-roof dining hall overlooking the Kabini river.

We embarked on a jungle safari at 4 pm after a long siesta. As the jeep purred out of the lodge clearing, we drove past tall trees, swaying bamboos and grassy expanses. The forest was teeming with wildlife. We sighted Malabar squirrels flitting about, langurs prancing on branches of trees, wild boars vanishing into the undergrowth, spotted deer scurrying away at our approach, gaur disappearing into the bushes and herds of elephants ambling majestically. But the big cat eluded us. The forest is also an ideal habitat for avian life, with over 250 species including the racquet-tailed drongo, golden-backed woodpecker, the Indian roller and peacocks and kingfishers.

The evening saw us heading towards Mastigudi which is known for its incredible sunset. From the bamboo-rich fringes we sighted hundreds of Asiatic elephants congregating on the banks of the river to quench their thirst. We spotted some birds resting on stumps of deadwood rising from the lake. Many birds — cormorants, egrets, kingfishers — kept us company.

This place was once famous for its ‘khedda operations’, to entertain British viceroys and royalty. The driving of the wild elephants along the Kabini river into the khedda enclosure was said to be a fascinating spectacle. This is now only a memory — the sport was stopped in the 1960s. At nightfall, dinner awaited us in the lodge. As we helped ourselves to hearty portions of food in the warmth of the Gol Ghar, the dozing jungle was coming to life not far from us.