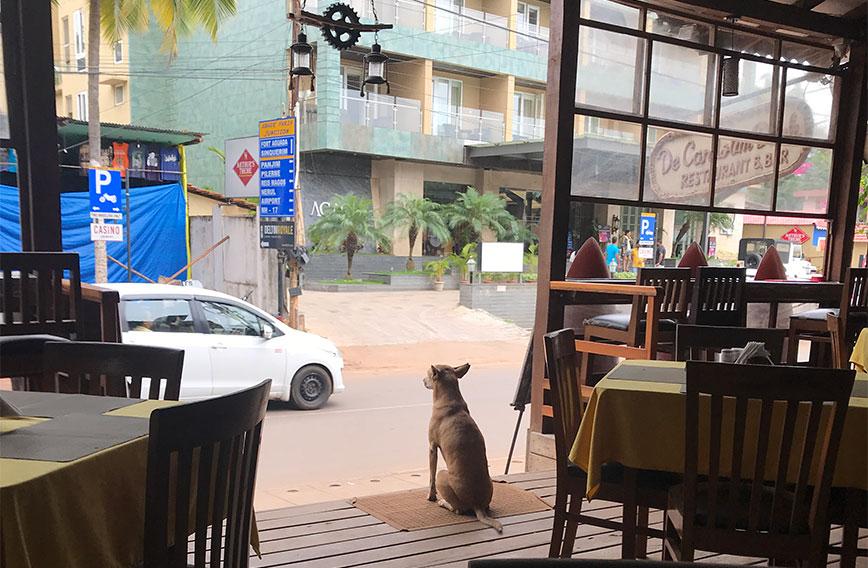 Does Goa have a future without mass tourism?

Tough restrictions on entry of tourists, a partial shutdown and preparations for a third coronavirus wave, has sent a shiver down the spine of the tourism industry in Goa.

Another bleak season will leave it gasping and although many would like to go back to the ‘old normal’ when tourists flocked in very large numbers, all that seems very uncertain now.

Globally mass tourism has been changed by the COVID-19 pandemic. Goa can hardly hope to set itself apart and continue receiving tourists in droves without consequences. Vaccination is not enough because tourists arrive from all over and cross the borders of the state in different ways.

So, then what should Goa do now? Should it look beyond tourism and some real estate development to redefine its future?

The optics have it otherwise, but the fact is that tourism accounts for just 31 percent of Goa’s economy. The rest comes from manufacturing, utility services and construction. This is probably the right time for Goa to plan a future beyond tourism.

As the second wave swept the country, states began to gradually impose border restrictions on the entry of people. Goa was perhaps the last to do so with disastrous outcomes. Chief Minister Pramod Sawant resisted calls for curbs on the entry of people into the state. Only when the situation became completely hopeless, did he relent.

His version of restrictions covered everyone except Goans retiring to the state and those crossing the border for business.

The High Court of Bombay at Goa had to step in to put a complete ban on entry except for personnel of goods vehicles. At present only those who have been vaccinated or have a 72-hour- old COVID negative certificate can enter the state.

Although hotels are not covered by the curfew, extremely low occupancy has made it uneconomical for them to run. Besides, closure of restaurants, pubs, shacks and night clubs has taken the zing out of the state’s famous nightlife. Goa’s once buzzing shoreline now resembles a ghost town. The scary part is no one knows how long it will remain this way.

While preparations are afoot to tackle the third wave, the tourism industry and the government have not thought about how to emerge from this crisis. Clearly, the arrival of tourists can no longer be opened and closed like a water tap. The state needs something more resilient and long-term.

There are three compelling reasons why the government should Goa set up a task force to formulate a post-Covid tourism plan.

So even with vaccination, Goa could still be staring at a spike in cases like the Seychelles.

The second reason is that of a misconception that the tourism industry is the backbone of the Goan economy and if it closes the state will suffer greatly. Statistics provided in the Goa Economic Survey 2020 show that the secondary sector comprising manufacturing, utility services and construction is really the backbone of the state and generates 65 per cent of the GSDP while the tertiary sector led by tourism accounts for 31 per cent at constant prices.

More importantly, the contribution of the tertiary sector has dropped from 37 per cent in 2015-16 to 31 per cent in 2019-20 while the secondary sector grew from 57 per cent to 65 per cent in the same period. It certainly doesn’t make sense  to jeopardise the entire health of the state to keep the tourism sector ticking.

Thirdly, the world over a realisation is dawning that mass tourism is no longer tenable in a post-Covid World. The World Economic Forum in a recent report noted that even before COVID-19 there was concern that mass tourism had grown too big for the planet to sustain. The world seems to be moving towards sustainable tourism.

Recently, the New Zealand tourism minister outlined a plan to rethink tourism in a post-Covid world by reducing the number of visitors and diversifying the economies of tourism-dependent towns. This means the country’s best-known natural attractions will take fewer tourists to reduce crowding and ensure that natural habitats are protected.

Till date Goa has constantly geared itself towards increasing numbers, irrespective of the consequences. All data touted by the government showcases increases in charter flights and number of tourist arrivals. It was taken for granted that large numbers translates into growth. This could be right, but larger numbers and crowds are breeding grounds for the Covid virus.

Irrespective of what choice Goa makes — quality or quantity — there is a pressing need to insulate the industry, tourists and the people of the state from the virus and the devastating effect it can have when left unchecked.

Clearly, there is a need for the state government to set up a task force to protect the industry, re-imagine and be more sustainable. And Covid has provided the opportunity to reboot.

One major point of contention that is expected to come up is restriction on the entry of tourists, both foreign and domestic.

Even now, as the world begins to recover from the more debilitating effects of the virus, Covid passports are being touted as a measure to keep a check on who enters the country. In population terms, India is more than one country and states, especially Goa, would definitely have to consider making restrictions on entry more permanent. A slow start with gradual ramping up of capacity would be better than a start-stop approach.

Goa appears to be moving in the right direction by setting up task forces to deal with a possible third wave, which experts believe will affect children. One hopes that the lessons of the second wave, wherein  the entire population was put at risk to protect the economic interests of one sector, not a very large one, have been well learnt.