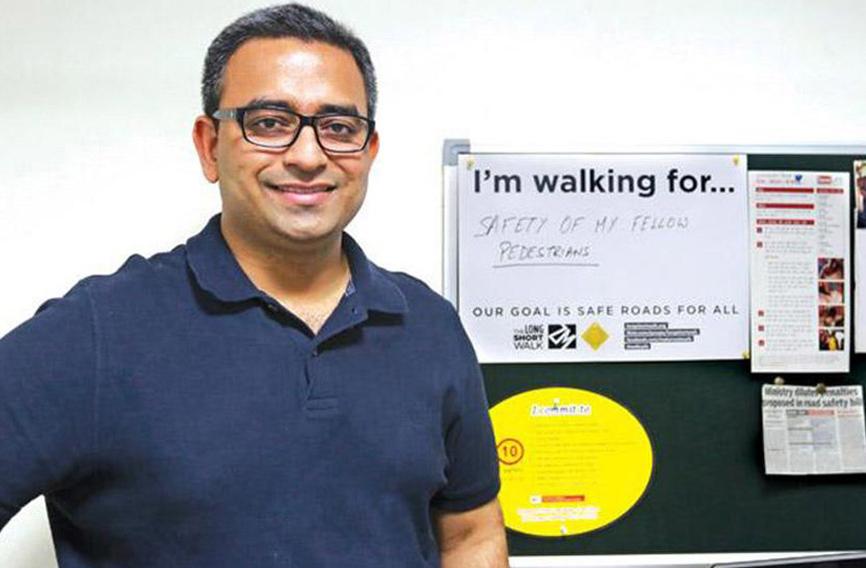 New guidelines have been issued by the Ministry of Road Transport and Highways (MoRTH) to make it easier for passersby to save lives by rushing accident victims to hospitals.

A Good Samaritan can now take the accident victim to hospital and leave immediately. He needs to furnish his address only. No questions will be asked of him. The disclosure of personal information such as name and contact details in the Medico Legal Case Form at hospitals has been made entirely voluntary.

A bystander who acts in good faith will also not be exposed to any criminal or civil liability. It is also not necessary any longer to reveal one’s name or personal details while making a phone call to the police or emergency services to say that an injured person is lying on the road.

A bystander who agrees to be a witness can only be questioned once by the police. State governments have been asked to come up within 30 days with a standard operating procedure so that there is no ambiguity about how a Good Samaritan is to be treated.

These guidelines have come after some persistent campaigning by SaveLIFE Foundation’s CEO, Piyush Tiwari. Excerpts from an interview:

What led you to think of a strong law for those who help accident victims?

In the past 10 years we have lost 1.2 million people in road accidents. I got exposed to this issue after I lost a young cousin in a road accident and all because he couldn’t get medical care in time. The uncomfortable part of the tragedy was that people standing around wanted to help. But they didn’t because they feared the hassles they would have to face.

I was deeply affected by this issue. I decided to set up SaveLIFE Foundation. My focus was on the fact that injured people don’t get help.

Meanwhile, I came across a Law Commission report in 2007 which stated that more than 50 per cent of casualties in road accidents could be saved if they received medical care in time.

What are the hassles that people who help face?

There were primarily three kinds of hassles. First, the police question you. It is intimidating. They don’t talk respectfully and make you feel like the guilty party. Second, there are problems those who help face inside hospitals. Sometimes, doctors demand money. They often detain you till the police arrives. Third, if the accident victim dies and a case is filed, you are enlisted as a witness and that goes on for years.

So you filed a petition in the Supreme Court.

Yes. In other countries, to encourage people to help accident victims, they have introduced a Good Samaritan law. So we filed a petition in the Supreme Court, saying that India does not have a Good Samaritan law, there is no provision to protect these people, and we need certain guidelines which the police and hospitals can follow so that Good Samaritans are not hassled.

How will you create awareness of the guidelines?

It is very important for people to know about this. Once they are aware of their rights, they will exercise them. Therefore, we have requested the media to publicise these guidelines.

Second, we are establishing a mechanism, whereby if a person is still harassed by the police or the hospital on this issue we will initiate legal action. We will move the court and say this action is contempt of your order and action should be taken against these people.

However, this is not easy. We need to have a feedback mechanism where people can complain if they are harassed. If people know that there is an organisation that can help them, they will come forward and help accident victims.

Responsibility to implement the guidelines also lies with the state government. We will be following their actions.

How far will the guidelines ensure road safety?

We want to prevent road accidents and for that we are advocating a comprehensive Road Safety law. We do have the Motor Vehicles Act but it looks only at the motorised vehicle. Those who are most vulnerable to road accidents, like pedestrians, cyclists, rickshawpullers, are ignored.

We need an overarching framework that will bring different parties responsible for road safety together. Preventing road accidents requires a lot of affirmative action — from awareness to engineering of roads to trauma care and so on.

How has  the government reacted to your demand for a comprehensive Road Safety law?

After the demise of former Union minister Gopinath Munde in a road accident, the government agreed to bring about a comprehensive Road Safety law. On 13 September 2014 the Ministry of Road Transport and Highways released the draft Road Transport and Safety Bill. It is fairly comprehensive. But since then, we find, it has been significantly diluted.

Various lobbies are opposing this Bill — road contractors, truck owners’ associations, automobile manufacturers. Nobody wants increased safety standards and more accountability. So if we want to prevent accidents we need to have this law in place. It’s in the pipeline and it will take another two to three years for the Bill to become law. We are working with the government on this.

In most countries, there is a filtration system that differentiates between who can and who can’t drive. In our country, driving is just another thing. The mechanism of getting a licence is similar to that of getting a pizza delivered. Clearly, we lack a competent system so how can we blame the drivers? Moreover, under the Motor Vehicles Act the drivers’ training is not mandatory.

We need a framework where licencing and training of drivers can be addressed.