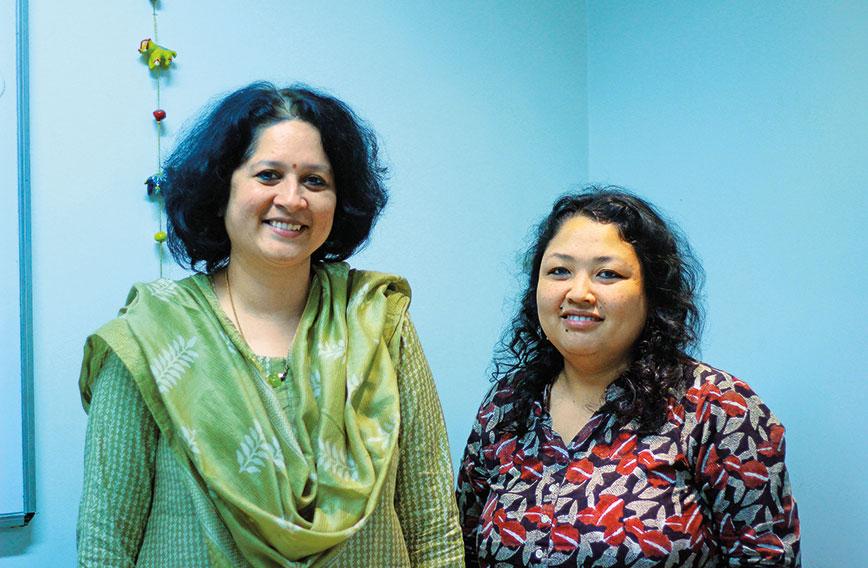 ‘There has been CSR learning and course correction'

In an unequal world, it has become increasingly important for companies to do their bit by society.  Some of them have a long tradition of making social investments. Others have been swept along with the fairly recent tide of corporate social responsibility (CSR). Figuring out what to do and how to do it well can be confusing since it often means going beyond core business concerns. Learning from the experience to become more caring and connected is yet another kind of challenge.

Awards for CSR projects have become a useful way of showcasing good work. They help ferret out outliers who might otherwise have gone unnoticed. They also put the spotlight on the achievements of long-time performers. They promote shared learning and collaborations. In the standards they set, awards also help define what is aspirational.

The FICC Awards this year covered a range of interesting initiatives. From the long list of companies that applied, the winners were Jindal Steel and Power, Ashok Leyland, Mahindra and Mahindra, Nuvoco Vistas, Vedanta, ONGC, Mytrah Energy and Syngene International.

It’s interesting how many awards there are for CSR these days. But yours must be among the very earliest?

Uma Seth: Yes. I don’t know of any other award that was set up way back in 1999. So I don’t think there was any CSR award in the country at the time when we started out. It’s still going strong and even now, very coveted companies want to be acknowledged. Obviously because we’re a national chamber. Our process, of course, is very transparent and rigorous.

The way the awards are given must have changed over the years?

US: Yes, it has. After the 2014 Companies Act came about and CSR became mandatory, we aligned ourselves with the Schedule 7 categories of the Act. So more people can now apply.

What do you mean, more people can apply?

US: As in there are more categories because Schedule 7 has something like 11 or 13 categories.

Nomenita Chetia:  Earlier, it was on a triple bottom-line approach. It focused on the internal processes, human resources and inclusion as well. We assessed companies for transparency also.

As an industry organisation, what have you come to understand about companies and their social commitments from these awards?

US: The trend is definitely positive and progressive. With the changes under the Companies Act, many more companies are doing CSR now than earlier. But, of course, there is a mix. There are those companies that have been doing CSR for a long time. They already have their processes together, they’ve evolved, they’ve learnt over the years.

US: There is ITC, Mahindra, the Aditya Birla Group — they’ve been doing this for a long time. So they’ve got their act together in the sense that there has been learning on the ground, resulting in course correction and extended projects.

Some other companies go year by year and sector by sector. But the more evolved companies stay vested. They could pick up one village and be vested there. And though there is an exit strategy it’s not as if at the end of the year they have to make an exit whether the community is ready or not.

We have a good mix of companies this year. We have Amazon at one end and Biocon (Syngene International) at the other.

NC: Yes, Indian companies are there.

What kind of projects won awards this time and why?

US: We had nine winners for projects ranging from women’s empowerment to lake renewal, education, nutrition and livelihoods. They were varied and very interesting. Biocon adopted a lake in Bengaluru and cleaned it up.

NC: Amazon had a project on community care. So they had a holistic programme right from education to women’s empowerment and livelihoods. And then they connected the beneficiaries to their own vendors to sell the products online. It is a 360-degree solution that they have provided to the community.

US: Ashok Leyland’s project was very good. It provided remedial teaching to bring children on a par with the curriculum in government schools.

US: It’s not really a bridge school. It’s within school hours. They’ve identified these children and there are one or two periods during which they work to integrate them. But that is not so much the fascinating part. What is interesting is the tracking mechanism to see if the children actually reintegrate. And if they do not they are taught again.

And in nutrition? You mentioned nutrition.

NC: It’s in Jhabua, Madhya Pradesh. MA Knowledge, which is Moody’s, is working with a tribal group to address the problems of malnutrition and maternal health.

US: There are companies which go to remote areas where access is difficult. For instance, ONGC runs a skilling programme for children affected by militancy in Baramulla in Jammu and Kashmir. Such companies are not just looking at areas around their plants where they may be comfortable. ONGC won an award.

Each year, how many awards do you give?

US: Roughly 120 companies apply to us every year. After the first desktop screening is done, we have a shortlist for which an on-site assessment is done. We have our assessment partners with us. We also assess some of the companies ourselves.

This year, from 100-odd companies, how many did it come down to?

US: There were nine winners and 32 companies were on the shortlist.

How do you decide the ones to shortlist? What are the indicators?

US: We have very strict parameters. The indicators are sustainability, annual spend and impact assessment. Is it too much money going into a small cause? Or is it a small amount of money making a big impact? Have you got a third party assessment done? Sometimes the application forms don’t meet the basic criteria. That’s the first level.

It is when you go into the field that you get the real picture. Sometimes, it exceeds what is written in the application and sometimes it doesn’t match in the sense that it is less than our expectations. It happens both ways, which is why the field assessment is very important.

One also gets to assess employee involvement during a field visit. Sometimes, from the CEO to the president to the CSR manager and employees in general, everyone is involved. Then again, there are companies that sign a cheque and get an NGO to do the work. It is perfectly legal, but does such a company really deserve an award?

Suppose you have a company that has a really good project, a really impactful project, but the CEO does not have a clue. Yet you have a CSR head doing a good job.

NC: It’s not that the CEO has to be involved, but it is good if the CEO is involved.

US: They are not rejected on the basis that the CEO isn’t involved or doesn’t know.

What you’re trying to see here is how closely integrated the project is with the whole management culture.

NC: CSR is nothing but the ethos of the company. How humane you are, how concerned you are about the issue. It matters a lot when we decide on taking that company to the second or third stage of the awards process.

US: In some companies the ethos is there throughout the company. These companies are very organic. It is a part of their culture.

NC: From small events that you get to see in the field, you get a sense of how involved the company is and how it is addressing the issue and collaborating with the community. These things matter a lot.

US: Many a time you’ll see that an NGO is implementing the project but the CSR manager or maybe someone from HR or the team in general will make field trips every week even if it means long road journeys.

So it hasn’t just been outsourced?

US: They want to sit with the NGO and know what the project is. It is not that the NGO will send reports and pictures and everyone will know that the money has been well spent. Biocon’s publicly listed subsidiary, Syngene International, for example, cleaned the lake and the trash surrounding it. Then they wanted to put out floating rubber tubes, which had plants growing, both for beautification and for cleaning the water. The idea was from Japan, but to import the contraption from there would have been too expensive. So, the engineers at Biocon put their heads together and came up with a low-cost solution.

At which level were these activities being led?

US: The Biocon Foundation’s head, Kiran Mazumdar-Shaw is very involved in terms of community projects. She knows where she wants to work, what she wants to do. The involvement is from the top down. These are very interesting examples, because not everyone needs to be a CSR manager or social worker. There is managerial and technical expertise, as in the Biocon engineers stepping in, which can be tapped for a project.

Is the involvement of companies with government projects something you look at?

US: Yes, definitely. In areas like health and education you can’t do isolated projects. You have to fit into the National Health Mission or the education programme of the government. You can’t have a parallel set-up running. Companies that work to strengthen primary health centres have to collaborate with state governments.

NC: It is one of the most important indicators.

US: Even if you have a standalone project you finally have to integrate it with the government’s programme. The education project I was talking about basically comes under the Sarva Shiksha Abhiyan.

You don’t want to reinvent the wheel. If you have a PHC available but it’s not running up to the mark, you use your CSR money to upgrade the infrastructure, invest in training and get the community involved. There is no point in having a private set-up when there is a government facility available.

The same goes for education and for so many other things. If there is a government facility or scheme available, you might as well utilise it. There have been many success stories.

I’ll give you an example from Swachh Bharat. The government gives you `10,000 per toilet. Some companies are apprehensive about the fact that you need to retrieve that `10,000 and there is paperwork to be done. But a couple of years back, one of the projects we saw used its CSR money as a corpus and built the first set of toilets and then filled out forms to claim the money, which came after a year and was put back in the corpus. So there are examples like that where companies are very smartly working around with what the government has to offer.

Do you go back and see what happens with your awardees?

US: Definitely. It is a network. It’s not just the awards. Through the year, there is a lot of interaction. After three years, they are eligible to apply again. In a separate category they can apply the next year.