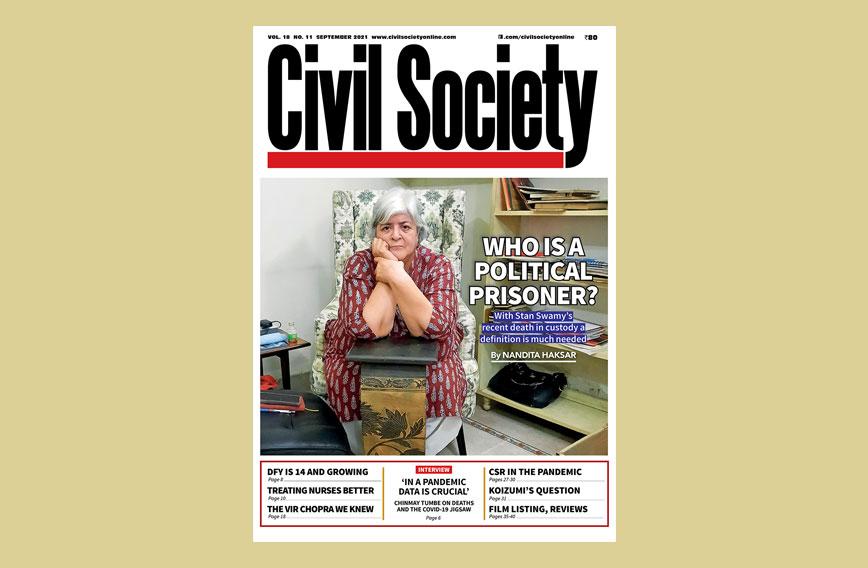 When justice is strained: The sad case of Stan Swamy

THE problems with our justice system are there for all to see. They have been widely identified through PILs, in reportage by journalists and in the observations by judges themselves in their courtrooms. Most recently, judges in the Supreme Court have questioned the impartiality of the police and expressed concern over the eagerness to make arrests when there seems to be no urgent need to do so.

Perhaps the most tragic example of such excesses is that of the arrest of Fr Stan Swamy, who despite his advanced years and frail health, was picked up in Jharkhand and dumped in prison in Maharashtra. He finally died in custody. There are others in the same case who continue to languish in jail without their guilt being established. Being behind bars under draconian laws, they have to go from one court to the next in the hope of somehow getting bail.

For the justice system to work well, it is necessary for its many parts to work together in harmony. One can’t be out of whack with the others as currently seems to be the case. So, while there is an urgent need to reform the functioning of the police and provide easier access to the courts, it is equally important to ensure that the larger framework of values and laws that we cherish as a democracy are defined and clearly before us at all times. To that end, a colonial law on sedition should be jettisoned at the earliest and better protection should be given to the right to free speech and dissent.

Our cover story this month asks the question, Who is a political prisoner? It is our hope that Fr Stan Swamy’s death is addressed on a larger canvas. It won’t do to treat it as just another example of police excess. There is a bigger issue involved here of the right to hold one’s beliefs and principles.

We also bring to you in this issue an interview with Dr Chinmay Tumbe who emphasizes the need for reliable official data in a pandemic. He and his colleagues have had to hunt high and low to finally come to the conclusion that some three million have perhaps died from the coronavirus. How reassuring it would be if the government itself put out such numbers.

Doctors For You (DFY) completed 14 years this August and marked the occasion with a party on Zoom with cakes from across the country. With humongous energy and dedication, DFY has built a presence in some 300 districts of the country. Its role during the pandemic has been outstanding. In another health story, we speak to Dr Evita Fernandez on nurses. She has been deeply involved with training nurses and tells us what should be done to empower them and improve their status.

In our Living section we present Cold Love, which makes wonderful artisanal ice-creams and sorbets. We also talk to Noble Sparrows, a funeral service that helps families when loved ones pass away.