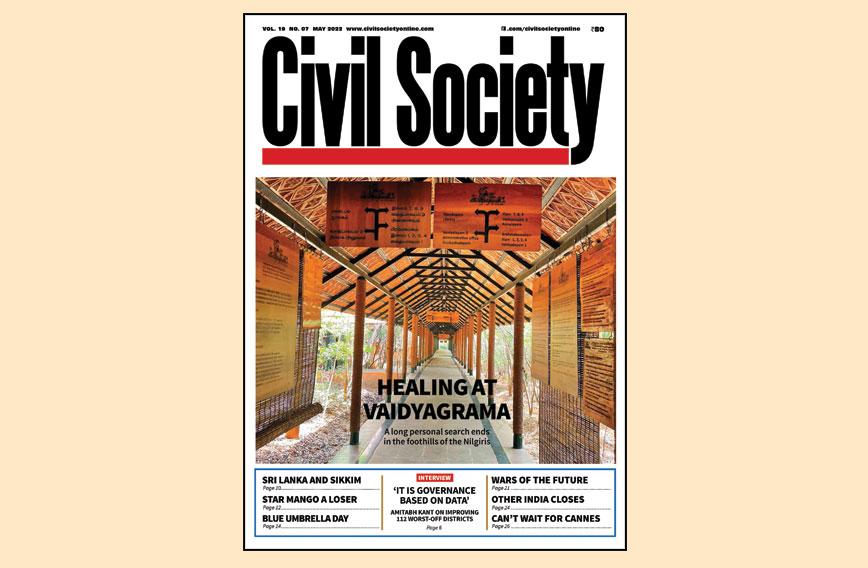 Least-developed districts and their aspirations

But as one story led to another, we found ourselves writing to Amitabh Kant in NITI Aayog for an interview on the Aspirational Districts Programme, which he leads at the central level and for which a whole team, many of them young, bright-eyed and energetic, has been put in place.

The programme is aimed at improving governance in 112 of the least-developed districts in India by generating data in real time and providing targeted support to local administrations. A ranking system becomes the basis not just for competition among these districts, but also to show them where they stand in relation to the rest of the country.

As a result, in four years, many of these district administrations have begun thinking on their feet and there are improvements that are visible. We know this from our own outreach and NITI Aayog’s data as well. Is it enough and will it endure? We can't say. There has been third-party evaluation, but for us it remains to be understood how complete the evaluation has been. But without hesitation any effort that seeks to drive accountability in government should be welcomed and given a chance.

We have interviewed Kant in the past for Civil Society when he was overseeing the Delhi-Mumbai corridor. He was generous with his time once again now in his role as CEO of NITI Aayog.

Before the interview, as a part of our homework, we asked around and found that there was no shortage of criticism of both Kant and the programme. In our interview with him, Kant didn’t try to duck criticism. He spelt out the programme in great detail and the efforts being made to ensure the data generated is not flawed. Kant says he is happy to engage with all of his critics.

On another note, as we watched Sri Lanka’s economy go to pieces, we couldn’t help noticing how impetuous it had been in trying to go organic in agricultural production. Perhaps this is an example of how governments should not blindly follow activists no matter how well meaning they may be. Sri Lanka would have done well to learn from Sikkim’s government-driven initiative in going organic and several other examples in India.

Personal journeys are always fascinating. Our cover story comes out of  one such. Vaidyagrama is clearly a special centre for holistic treatments. Its importance also lies in its founders seeking to preserve the traditional values of Ayurveda. Too often is Ayurveda made to compete with modern medicine when it is a science in its own right. While it is important to build bridges between the ancient and the modern, one must watch out for what gets lost in translation. The popular avatars that Ayurveda is taking are at times weakening it at its roots. More initiatives like Vaidyagrama are needed to strike a balance.