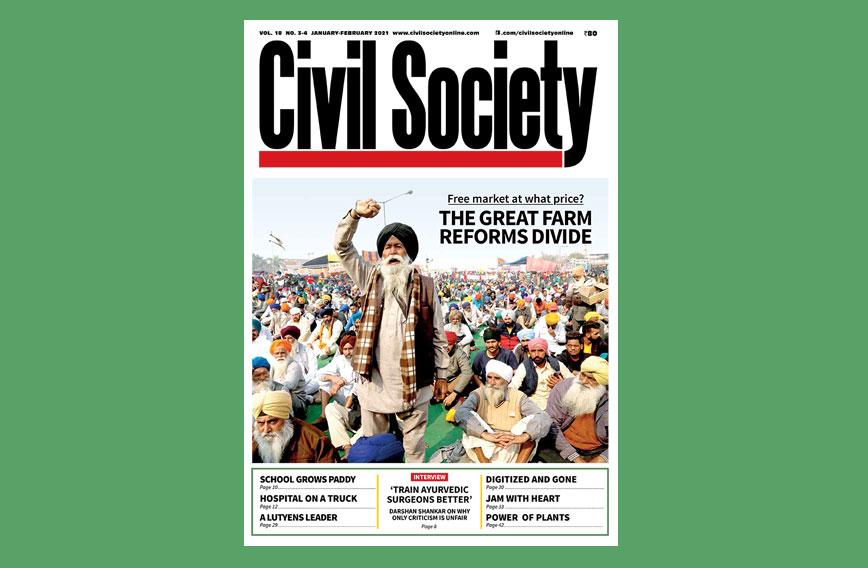 THE long agitation over the Union government’s new farm laws shows that reforms by stealth or force don’t work, not even when they are introduced by a government with a sizeable majority. There is really no substitute for discussion in Parliament and outside. In fact, wider consultation is a principle that should be applied to the legislative process in general if laws are to be meaningful to people and successfully implemented instead of remaining on paper as is mostly the case. The drafting and then passing of the Right to Information (RTI) law under the UPA 1 government is a good example of how citizens can contribute to the making of a law and then also work to have it implemented. There was a lot of give and take, which is the way to go in a healthy democracy.

In the case of agriculture, farmers’ incomes have been falling for a long time and they themselves have been desperate to have their problems addressed. The obvious thing to do was to take them on board. If the government didn’t do that it is because it sees reforms as bitter medicine that people have to take. It is clear now that winning the trust of the farmers would have been better. It would also have resulted in more relevant reforms. There is, for instance, the need to reduce the emphasis on wheat and rice, which calls for a collaborative effort.

Stories we have done on agriculture in this magazine over the years have shown us that farmers, both big and small, are only too eager to be better connected with markets. They welcome opportunities for value addition and want greater control over storing and selling their produce so as to be able to realize better prices. Empowering them to do all this is the way to improve their situation. Liberalizers are being unrealistic when they take the position that small farmers should be taken off the land and that subsidies should be dispensed with. These are fanciful scenarios. Farmers all over the free-market world are heavily subsidized. As for small farmers in India, they have nowhere to go except into cities as cheap labour.

If a less flighty approach was taken to reforms perhaps merit would be seen in a minimum support price (MSP) being  more efficient than subsidies. Dr M.S. Swaminathan has said as much and in his report submitted in 2004, he has proposed an MSP of 50 percent above costs to make farming viable as an occupation. He has also called for a nationwide market for farmers to sell their produce. When we interviewed Dr Swaminathan 10 years ago, he regretted the fact that his report was gathering dust. The UPA was in power then. He also lamented the lack of a sense of mission in addressing the problems of agriculture. Changes in agriculture required reaching out to farmers in their fields, he said, just as had been done during the Green Revolution years. It is advice that remains relevant.

With this issue of Civil Society, we continue to mark our presence in difficult times. We bring you all our regular features and stories from across the country.