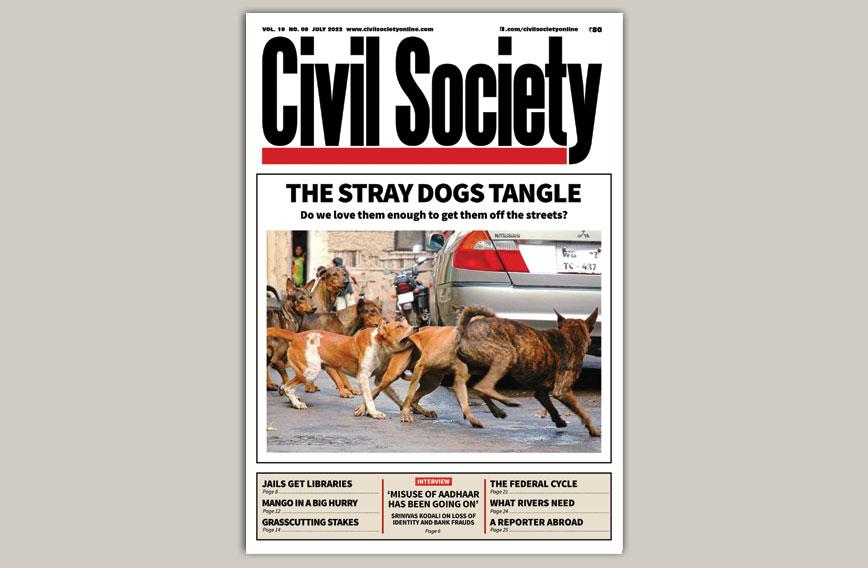 Dogs at home and dogs on the streets

THERE have been dogs at home from as far back as one can remember. They were always part of the family. Our last one, Peppy, passed away after spending 14 years with us. She came off the street as a pup and her destiny was to be with us. When her end came, we were all very sad. She was cremated with affection and great respect for having guarded our home for so many years. Her ashes, in an urn, stood on her bed till we finally decided to bury them under the kadi patta tree in the back garden where she used to hide her bones.

Keeping dogs is always an emotional trip. Both sides end up needing each other. But for the human beings in the relationship, there are also duties and responsibilities. Dogs have to be trained, vaccinated and kept in control. All over the world the rules of dog ownership are taken seriously. It is ownership which makes the difference between a house dog and a stray one roaming the streets where no one is responsible for the dog’s behaviour.

To regard dogs as anything more than the animals they are is to get the whole equation wrong. Dogs have their moods and personalities. They can be wicked and docile. They behave differently in packs. They have their reasons for barking and biting that one can never fully fathom.

To us in this magazine the problem of strays is a governance issue. The authorities at all levels have abandoned responsibility. The result is that our streets have been taken over by dogs that no one can control. Feeding them in public places, as some people do, only makes the problem worse. Being goodhearted is not enough. People who claim to love dogs should keep them in their homes. Otherwise, the only solution lies in the government stepping in and putting stray dogs in pounds the way it is done all over the world.

The Supreme Court must now protect the rights of people who feel threatened by stray dogs and are being browbeaten into silence by vocal animal rights groups. Several children have been mauled and killed by dogs. It is shocking that this hasn’t shaken the conscience of society at large. The civic authorities have looked on saying that the Animal Birth Control Rules don’t allow them to take away strays. Such rules clearly need to be reframed to be more realistic and reflect best practices elsewhere in the world.

Also in this issue is an interview with Srinivas Kodali on the privacy concerns surrounding Aadhaar and an interaction with Pallavi Aiyer on the role of the foreign correspondent and her two immensely readable books on China and Japan.