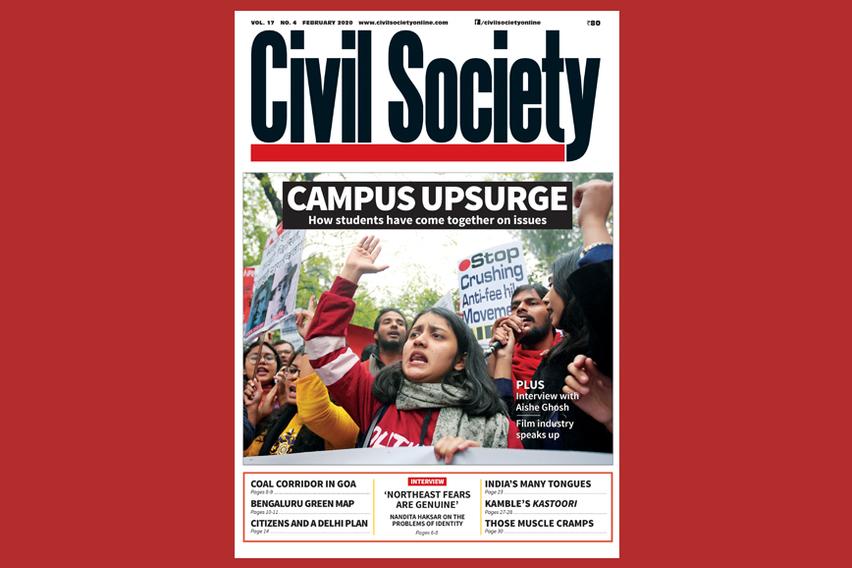 Just when India should be rapidly dealing with its many problems and coasting into a robust future, as it indeed has the capacity to do, the country seems to be in the grip of a sense of foreboding. The economy slipping into a coma is one big reason for everyone to be worried. But it goes beyond that.

If we listen carefully to the young we will find that they are concerned about the shrinking space for personal freedoms and expression. A great many of the young don’t take to caste and religious divides. Young women making their way on to campuses want equality and access. You can’t expect the young to settle for less in an age shaped by disaggregated technologies like the mobile phone and the Internet.

In the 20 plus years since reforms began, privatization has come to be much better understood for what it can deliver and what it cannot. When it comes to education, the young are clear that they want it to be affordable and inclusive. Giving educational institutions autonomy and jacking up fees does not go down well with them. At the same time there is distaste for the heavy hand of the State. The government the young want should be a facilitator, not a gruff arbiter.

The upsurge on campuses is unprecedented. But it has been in the making for a long time. CAA and NRC are inflexion points at which all the other concerns have come tumbling out. It is to be noted that there has been nationwide revulsion over the incidents at JNU and Jamia. There is a genuine fear that such incidents will be repeated in other institutions to crush dissent when the young dare to speak up.

Recent developments also underline the need to understand a parliamentary majority for what it is. It can’t be confused with mass acceptance. Governments, therefore, have a responsibility to carry everyone along. Pushing through laws and policies without adequate consultation will have the consequences that we are now witnessing.

Our interview with Nandita Haksar is an attempt to explore the issues pertaining to identity, religion and culture. These shouldn’t be decided in the streets. Governments have a responsibility in a country as diverse as ours to set the stage for harmonious solutions. Haksar has a distinguished record as a lawyer and champion of civil rights. She has worked for long with groups in the Northeast, where the Indian model of development has been a dismal failure precisely because it hasn’t recognized local culture.

We also bring you a green map for Bengaluru so that the city knows what it once had and what it is rapidly losing. This is the third green map, the first two being on Delhi and Pune.

And from Goa we have a report on the concerns over a corridor for transporting coal to Karnataka. Will this project lead to pollution and ecological damage as many Goans are beginning to fear?