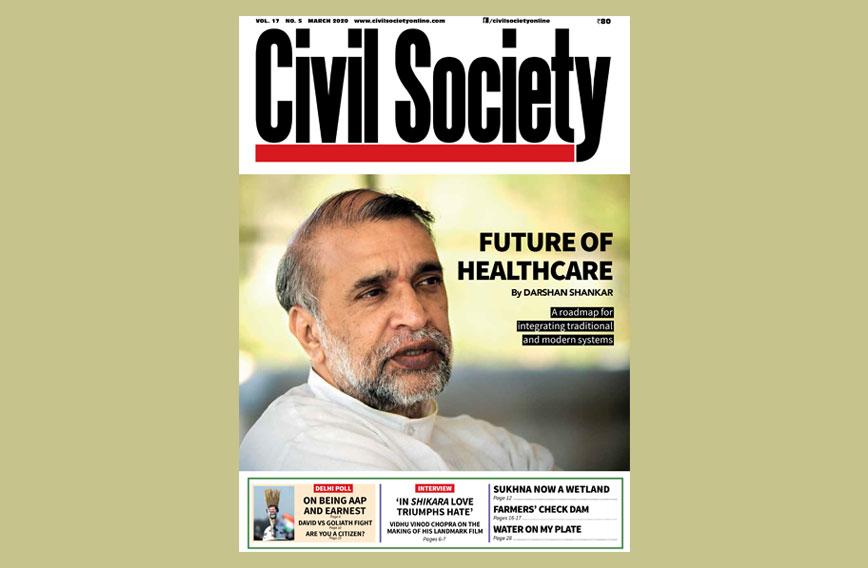 Public health services need a big push. A larger spend is required, but it is not merely a matter of funding. What should be pursued are innovative strategies for combining an array of resources available in India. It is necessary to have the biggest possible impact in ways that are affordable and offer easy access.

Traditional systems of medicine provide that opportunity when they are combined with conventional allopathic healthcare and used to increase the reach of the system. A large number of traditional practitioners should be purposefully integrated into formal public health services. Ayurveda, Unani, yoga and an array of folk therapies have the potential to enrich treatment regimes.

Integrative medicine as an idea has been recently gaining currency. But the fact is it has always existed with people choosing plants and herbs for home remedies when it comes to minor maladies and turning to allopathy in extreme situations. The question is how to formalize this integration to everyone’s benefit.

When it comes to metabolic disorders associated with lifestyle there is little doubt any longer that traditional systems provide lasting results. Herbal formulations, combined with diet, are not just gentler but come out of an understanding of the patient as a whole. Whether it is for the rich or the poor, traditional systems are what is working.

Darshan Shankar, who has written this month’s cover piece on request, has been researching Ayurveda and other local health traditions for several decades. His work has resulted in the creation of an outstanding Ayurveda hospital in Bengaluru and a university for trans-disciplinary studies in medicine. He has been passionate about combining traditional and conventional systems in the context of public healthcare. He highlights what could be done quickly to implement the National Health Policy’s suggestions on integration.

The elections in Delhi have ended in a heroic victory for the Aam Aadmi Party. Heroic because it is a young party, poorly funded and it was with great courage that it took on the might of the entire BJP. The AAP victory also comes at a time when there is growing disenchantment over communal politics. Irrespective of what is in our Constitution, we are at heart a secular country. People of different faiths intrinsically know to happily live together. Diversity is also our strength. Messing with this equation not just disturbs people but also creates an atmosphere of tension and insecurity, which isn’t good for progress. The Delhi election and the AAP victory became a virtual referendum on the BJP’s policies and its public postures.

We also bring to you in this issue an interview with Vidhu Vinod Chopra on how and why he made his new film Shikara on the plight of Kashmiri Pandits. In addition, we have voices from the voluntary sector on the new and restrictive curbs being imposed on NGOs. Architect Sanjay Prakash weighs in on why being vegetarian is good for conserving water.