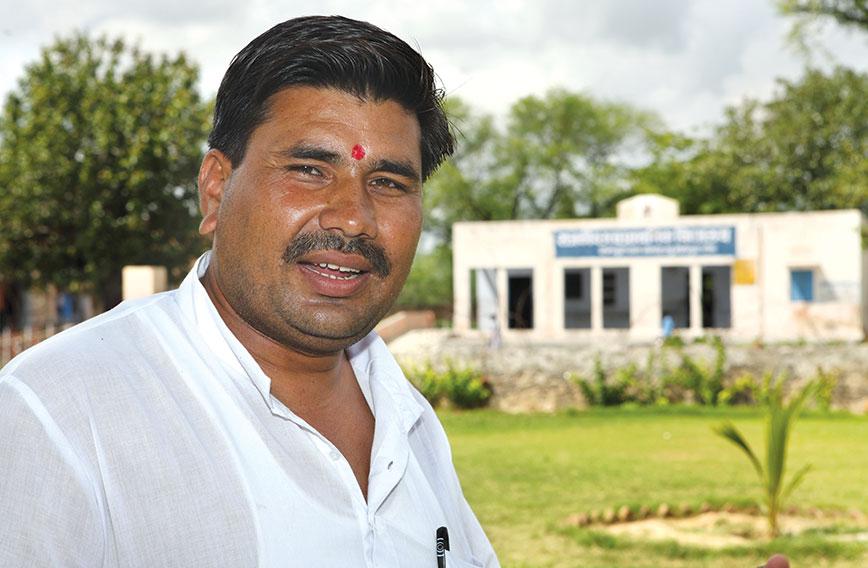 Some of the land that belonged to the school had been encroached upon by powerful families. In the highly stratified society of Rajasthan, Sharma managed to get the land back. He did this by initiating conversations with women and changing opinions within families. Families willingly relented and vacated the land. No force was required.

When four of his students lost their parents, Sharma took up the matter with the Social Welfare department and got the children a scholarships. Sharma is no longer the headmaster in charge. But the school remains popular thanks to his efforts.

People at Rampurabas, in Rajasthan’s Tonk district, would mostly stay clear of the government’s Upper Primary School in their village. A few would send their children to private schools. But by and large there was little interest in education.  Tonk district, remember, is infamous for having the highest number of child marriages in India.

When Rajkumar Sharma joined the Rampurbas school as a teacher in 2007, he could immediately see that the school had no standing in the community. The building itself lay unkempt, its grounds swallowed up by some influential families. There was poor enrolment and a low retention rate.

Some of the children on the rolls had lost their parents and were working as child labourers. These children were not coming to school. The school was also devoid of any greenery, giving it a barren and unwelcome look.

Apart from these problems, a big issue was encroachment on the school’s land by powerful families belonging to different castes in the village. It was an issue which no one was ready to take up as the chances of being beaten black and blue were very real.

Rajkumar Sharma had begun his career in 1998 as a government teacher in the Upper Primary School in Ganwar, also in Tonk district. Ganwar serves as a kind of hub for a cluster of schools which includes the one at Rampurabas.

At Rampurabas, his job was that of any teacher. But the headmaster had recently been transferred and with a decade of experience, he was the senior-most member of the staff.  He was asked to be headmaster in charge till a new person was appointed.

His first major achievement was getting the land which had been encroached upon vacated, a task which was considered impossible to achieve. He is often asked how he convinced those families to return the land to the school.

Sharma recollects that it was really a tough task. The families had taken possession of the land 25 years ago.

“Initially I was hesitant,” confesses Sharma. “I was also not sure how to go about doing it.  One way was to raise the issue with government officials and get the land back with their help. But I did not choose this option since it could have made these well-entrenched families hostile to us. I decided to go to members of the community and seek their help.”

Rajkumar prepared an action plan in which he took the support of local voluntary groups, women’s groups and government officials. He would keep holding meetings and talking to influential people in the village. Alongside, he used the panchayat platform to convince the families to leave the land since it would help children have a playground. Women’s groups reached out to other women and played an important role in changing opinion within families. Block-level government officials were called to the village and they had meetings with the villagers.

This multi-pronged approach was very effective. It put immense pressure on the encroachers. At last one of the families relented and vacated the land. That was the tipping point. Slowly the other families followed until finally the school got back its land. Mission Impossible had been accomplished.

By the time the land was freed from encroachment, Rajkumar had developed a good relationship with members of the community.  He involved residents of the village in the school’s development. He obtained donations and constructed a boundary wall around the school. A great big gate was installed. A garden was grown on the land that was back in the school’s possession.

Rajkumar adopted the style of private schools to increase enrollment in his government school. He advertised the school with paintings on walls. He printed pamphlets extolling the virtues of the school and undertook a door-to-door campaign. 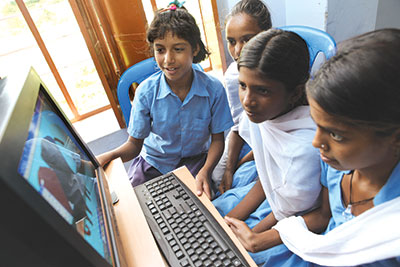 He advertised all the facilities the school was offering – computer education, midday meals, free books and uniforms plus extra-curricula activities. His advertisement said 80 per cent of students were passing the Class 8 exam. He offered a clean and green environment. There was reservation for some communities.

As for fees, all one had to do was support the school and follow its rules, he said.  He gave his mobile number at the end of the advertisements.

All this needed time, money and effort.  Rajkumar was fully involved and the support he got from fellow teachers was consistent. Parents were greatly influenced by the teachers’ dedication to the school and enrolment improved. More significantly, children who had been sent to private schools began coming back.

A key strategy adopted by Rajkumar was to show that a government school could be as good as a private school. He used the school’s funds judiciously and therefore managed to find enough to invest in a makeover.

For instance, he printed diaries for students. Never before had children of any government school received diaries, which used to be only given in private schools. The diaries had a big impact on the community.

Rajkumar also improved the teaching-learning environment.  One can find children playing on computers without any fear in his school. He says that computers are for children. “The more they work with it, the more they learn”

The results of the school have significantly improved in the recent years.

There were four working children who had lost their parents. Rajkumar went beyond his brief as a teacher and pursued the matter with the Social Welfare department. With his intervention, these children are now getting a scholarship of Rs 650 per month. This has enabled them to continue their studies.

The school’s new garden is the source of joy. Plants and trees have been assigned to students who are responsible for their upkeep. 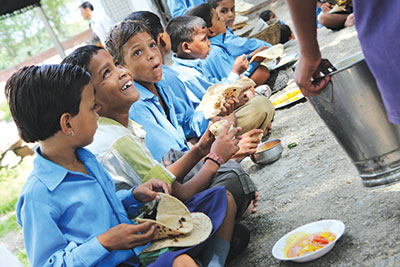 “Put your children in government schools and then see how the environment of the school and the teaching and learning process improves. Both my children are studying in the same school where I am teaching. I have full faith in our colleagues, and I am confident that my children will in no way be less competent than the children studying in renowned public schools.”

Rajkumar is an MA in Sanskrit. Six months ago, a headmaster was appointed at the Rampurabas school. Rajkumar is no longer headmaster in charge. The new headmaster is appreciative of all that has been done. The school has been turned around and will never be the abandoned school that it was.