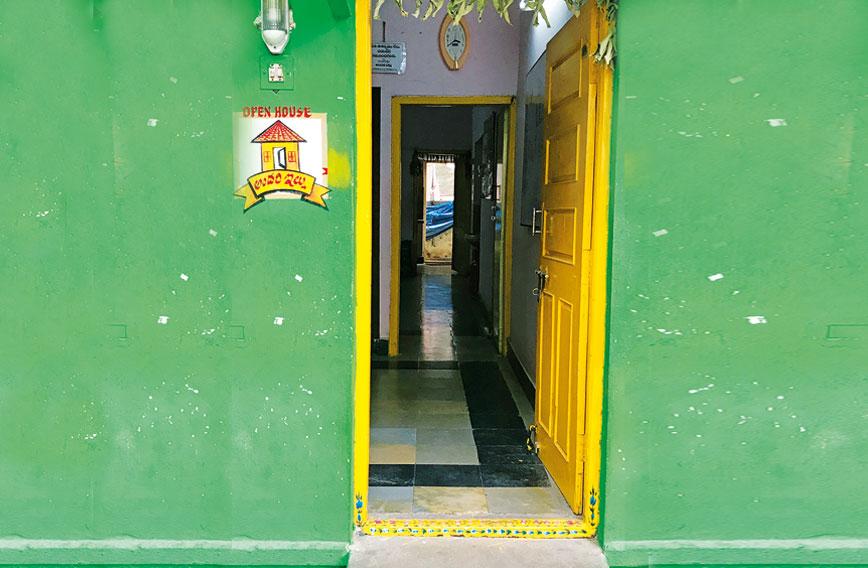 Look who is changing India

The work of bringing out a magazine is ceaseless and deadline driven. We go from one issue to the next while trying to give readers something new and interesting each month.

Over the past 16 years, Civil Society has met and reported on thousands of people all across India. Defined as we are by our motto, ‘Everyone Is Someone’, we look for those seemingly ordinary folk doing great things.

These are people with ideas and passion. They are invariably focused on the impact they can see and have little interest in the larger significance of their efforts and the possibility that there could be others elsewhere interested in replicating them. Publicity certainly is the last thing on their minds. In fact, their stories might just have never been told if Civil Society magazine hadn’t turned up.

We immerse ourselves in these stories while doing them, but people and events soon fade from memory. As journalists we are wired to move on. It is always the next story that interests us.  It really can’t be otherwise.

Even when we have wanted to, it has been difficult to keep track of people we have covered. For instance, with an event called ‘Game Changers’ we brought cover stories alive for Delhi audiences long after they were published. It provided an opportunity to know how these stories had progressed since the time they had appeared.

Game Changers was hugely popular and drew packed halls at the Habitat Centre. But, as a small organisation, we lacked the stamina to continue. It was a whole lot of additional work for which we had neither the staff nor the money.

With the Civil Society Hall of Fame we have been more consistent. It was started on impulse and has grown in association with the Azim Premji Foundation. The idea came out of this magazine’s frustration with the government’s national awards, which seemed vacuous and narrowly selective. We wanted ordinary people to be recognised for the good work they were doing. The Hall of Fame was a device by which citizens could felicitate citizens — a warm and affectionate hug.

The Hall of Fame was started when we were six years into publishing Civil Society. Now it is all of 10 years since we got it going. Each year an independent jury has chosen six or seven names from a much longer list. It has always been a difficult choice.

The few who get chosen are featured in our special anniversary issue and feted at an event. But, to be quite honest, we don’t know much about what happens to them after that — though almost certainly they have gone on to do much more and would be worth following.

It is against this background that we have decided to do a Mega Hall of Fame this year. A decade of the Hall of Fame is a good juncture to create a record of all those who have figured in it.

It is also an opportunity to remember people who were not in the Hall of Fame but whose work we admired and wrote on. Some of these remarkable people have passed away and may soon be forgotten. We would like to keep their memory alive because they were significant change leaders in their own spheres.

Anupam Mishra, for instance, did invaluable work in understanding traditional water harvesting systems. He died in December 2016. He couldn’t figure in the Hall of Fame because he was always a member of the jury and was on the advisory board of Civil Society.

But Anupamji spent a lifetime exploring and documenting the ways in which communities meet their own water needs. His work was invaluable and he would have been the perfect resource as the country embarks on a water mission. While he lived he had many admirers throughout India. These were individuals and community groups and activists who espoused his ideas on water harvesting and decided to propagate it.  But not so much governments and, of course, there was no Padma award of any kind for him.

Dhrubajyoti Ghosh passed away virtually unnoticed though he made a huge contribution to Kolkata by vigorously demanding and getting environmental protection for the wetlands on the eastern draining board of the city. Dhrubajyoti was a friend and we did a cover story on him. His efforts to preserve the wetlands of East Kolkata will have a relevance to waste disposal in Indian cities far into the future. He was a visionary.

Dipankar Chakraborti, similarly, was a scientist way ahead of his time. He was presenting data on urban air pollution in the 1980s and his latter years were spent in an exhausting confrontation with the West Bengal government on arsenic in groundwater.

There was also Gyarsi Bai from Rajasthan who fought for the land rights of the Sahariya tribal community. She was in our second Hall of Fame and passed away recently from a heart attack. Though a courageous and remarkable woman, there was scant mention of her death in newspapers or on social media.

The past 16 years have witnessed innumerable important social initiatives.  The right to information became a law, rural employment guarantee arrived, the right to education and food became a reality. These were major outcomes from campaigns that sought balance in an economy that was rapidly moving in the direction of market-based solutions.

At Civil Society we had a ringside seat on these developments and reported on them as they unfolded. Our first issue in September 2003 was on RTI and it had the then unknown income-tax officer Arvind Kejriwal on the front cover. He had taken leave from the revenue service to experiment with activism. Aruna Roy and the MKSS were part of that story. Aruna, in fact, wrote an essay on democracy, which appeared on the last page of the issue.

We were quick to figure out Special Economic Zones (SEZs) for the disguised land scams they were in most instances. We reported that SEZs were a costly mistake and that is what they turned out to be.

But less visible transformations were also taking place and adding up. Liberalisation was encouraging people to think differently as the economy opened up and globalisation connected India to the rest of the world.  Companies were becoming more socially aware and accountable, the spirit of voluntarism was growing and an increasing number of entrepreneurs were trying to build socially impactful businesses.

India was changing in more ways than one. As we looked around we found architects, doctors, lawyers, government officers and teachers seeking to make a difference through their own lives and professions. A much needed sense of inclusion and fraternity was emerging.

The Hall of Fame is an attempt to provide a snapshot of this change. People from all walks of life are featured. Many of them belong to remote corners of the country. Others swap the good life they have in big cities to work at the grassroots. All of them pursue their goals against great odds.

In these multiple small efforts lie the solutions to the larger problems of development. Allowing social innovators to flourish, learning from them and helping them learn from each other is to everyone’s advantage. Governments, which invariably fail when it comes to connecting with people, would do well to embrace problem solvers in the social sector as a creative force.

We have found that our readers are keenly interested in solutions. They want to know what works even if it is at the other end of India. It could be a water harvesting system, something to do with garbage disposal, shared transportation or primary healthcare. Such is the governance deficit across the country that people are increasingly finding their own solutions and looking to each other to know what works.

The Hall of Fame puts the spotlight on such successes in the belief that celebration of a small effort could mark the beginning of a big solution.

We are often asked why there is very little about politics in our magazine. We don’t want to be providing the same coverage that is all over TV and newspapers. It is by bypassing the establishment and commonplace media interests that we find our stories. So it was that we were talking to Zakia Soman long before triple talaq became a headline. We had stories on affordable healthcare and housing when private hospitals and developers hadn’t yet got the bad name they now have. Similarly, we were on to public transport and electric vehicles much ahead of others in the media.

Development needs to break free from stereotypes. It should be bipartisan given the catching up that has to be done. The best results have been coming from creative partnerships involving the government, NGOs and the private sector. It is a pooling of skills and resources that is required. The Hall of Fame is full of such examples.