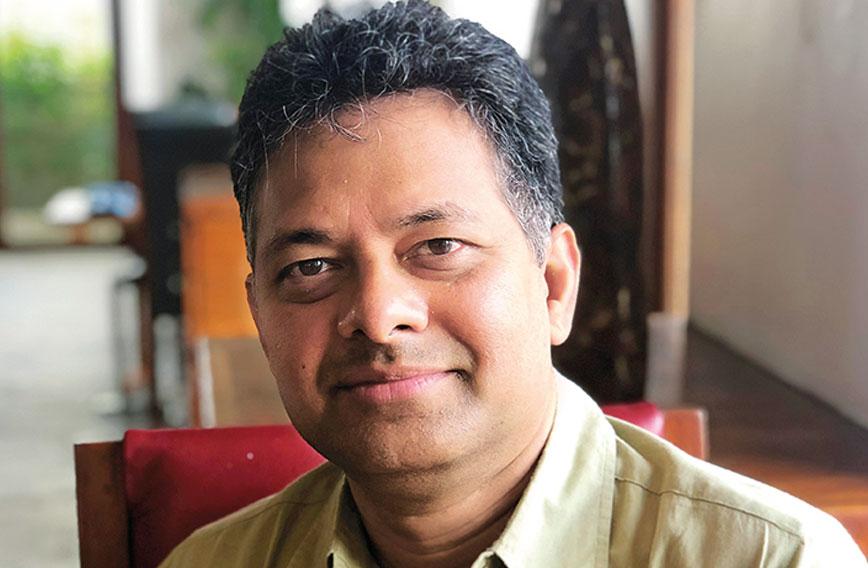 Ravi Neeladri: ‘We Indians consider waste as value. That is the root of the problem’

Don’t sell an old machine, better to just recycle it

DO you know where your PC and its monitor went when you  dumped them after they couldn’t be cranked up anymore? Or what finally happened to that heavy laptop that you junked after long years of use to make way for a new featherlight version? Or who took away that Blackberry, which suddenly became worth nothing?

Chances are that you have no recollection and even if you were to sincerely try to trace these once much-loved possessions you wouldn’t know where to begin to pick up their trail let alone discover where they really landed up.

Each year, Indians generate 3.2 million tonnes of e-waste of which just 500,000 tonnes turn up at the 312 registered recycling units in the country. Where the remaining 2.7 million tonnes go is anyone’s guess.

The result is a stubborn tide of unaccounted-for waste which leaves the environment awash in chemicals, metals and plastics. Cleaning up such a mess is impossible. But stopping the waste from getting out is easily done if only regulators, manufacturers and consumers were to collaborate and get their act together in the larger interests of the planet.

Cerebra Integrated Technologies has spotted both a business opportunity and a social purpose in putting e-waste in its place. A division of the company ,  registered as a recycler, will be running a campaign in large workplaces to create awareness about e-waste.

It will be using emailers and online messaging to spread the word. The company has several big clients who outsource some of their manufacturing to it. The recycling unit closes the loop by being able to safely dispose of devices when they age.

By getting into workplaces, Cerebra intends to start a conversation around e-waste which deals not just with disposal but also usage.

Cerebra has come up with a “Device as a Service” programme under which it will provide fully loaded and customized hardware and services for a fee per device. After a certain number of years, Cerebra will replace the devices.

In this way, organizations get rid of the headache of putting hardware and systems in place. They also convert capital expenditure into running cost. But a big gain also is an incremental social one in which computers get taken away at the right time and safely recycled instead of becoming overaged, unusable and disposed of for a pittance en route to becoming hazardous waste.

There is a mindset that needs changing. Whether it is an individual or a company, value is attached to waste in India. Everyone hangs on to devices and, at the time of dumping them, the expectation is that there will be something given back in return. This is irrespective of the full value having already been derived from the product.

“We Indians consider waste as value. That is the basic root of the problem. It is not just individuals, but companies too,” says Ravi Neeladri, CEO, Recycling and Refurbishment at Cerebra.  “Companies want some money for even those assets that are fully depreciated in the books of accounts. Now when they’re selling (old devices) the informal sector can always quote a better price than the formal sector because they don’t have the recycling factory costs and all of that.”

“It is this mindset that must change so that the company and the retail customer perceive e-waste as a danger to society,” he explains.

For that to happen regulation is important. The government formulated e-waste rules in 2014 and then improved on them in 2016, making manufacturers responsible for their products.

But rules don’t get easily implemented. The same manufacturers who take responsibility for their products in other economies shy away from doing so in India because regulation hasn’t been in step with the market and now there is a pricing issue.

“In other societies the cost of recycling is included in the price of the product,” explains Neeladri. “The same companies that follow extended user norms in other markets don’t do it here because they see India as some kind of geographical space different from the rest.”

In 2016 when the Indian government introduced extended producer responsibility in India, manufacturers objected, saying this was a cost that would hit their bottom line.

So, it is a balance between regulation and mindset. Both are needed because one draws on the other. There are limits to regulation if people don’t want to be sustainable in their practices.

“We would want to see what we don’t see right now, which is a company saying the lifecycle of a laptop is, say, four years, but for the kind of programming the company does it is perhaps three years. So why not get the laptop refurbished to its full and then donate it to a school or to deserving people?” says Neeladri.

“But we don’t see that. Everybody wants to drive it to the last byte of information that they can get from the laptop or a desktop. And then they would want to sell it, not wanting to know where this will land up,” he laments.

Cerebra Integrated Technologies has been around for 28 years and has a fascinating past. Initially it was into manufacturing and IT products under its brand name, Cerebra.

Before IBM, Lenovo, HP and Dell came along, Cerebra had a significant market share. It played a big role in computerization in India, especially of the banking industry in the 1990s.

“Most of our computerization at that time was done on Indian PCs. We had BCL, we had Zenith, we had Cerebra. And we used to even manufacture servers back then. But we didn’t have deep pockets like the global companies so eventually we all had to die out,” explains Neeladri.

Cerebra got into recycling in 2014. Once again, its timing was right. The explosion of waste was beginning to be felt and in many ways Cerebra is a first mover. The expectation is that it will benefit from  from environmental awareness and better regulation.