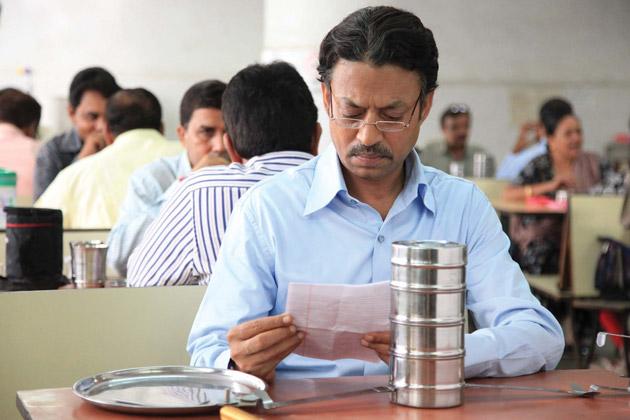 Of all the Indian films that were screened in Cannes this year, the standout was Ritesh Batra’s debut feature, The Lunchbox.

The unpretentious but charming tale is an instant crowd-pleaser, and for all the right reasons.

Elegantly crafted, superbly acted and emotionally nuanced, The Lunchbox hinges on a platonic bond sparked between two loners when a homemade meal is delivered to the wrong address by one of Mumbai’s otherwise famously efficient dabbawalas.

The film was part of the Semaine de la Critique (Critics’ Week), a section that runs parallel to the main Cannes Film Festival. It received a standing ovation at each of its four screenings in Cannes.

The Lunchbox also went on to win the Grand Rail d’Or Viewers’ Choice prize. This was the first award that a full-length Indian film has received in Cannes since Murali Nair’s Malayalam-language Marana Simhasanan (Throne of Death) bagged the Camera d’Or (for the best first feature) way back in 1999.

While Variety described The Lunchbox as a film “that hits all the right taste buds”, The Hollywood Reporter called it “a very Indian tale in its delicacy and humour”. Given its innate crossover appeal, it is indeed one of the most significant directorial debuts in contemporary Indian cinema.

Batra is clearly a writer-director to watch. He has the right reference points and understands that one needs to be “local” in order to be “universal” like a Satyajit Ray or an Abbas Kiarostami.

The 34-year-old filmmaker told an American film industry magazine on the sidelines of the Critics Week: “What is mostly happening in India is that we are self-conscious and trying to be something we are not – such as trying to be Tarantino-esque. Something original and organic comes after you invest in yourself and discover your voice.”

The global hunger for The Lunchbox is reflected in the sales that it has generated. By the end of the 66th Cannes Film Festival, Match Factory, the Cologne-based international sales company representing the film, concluded distribution deals for virtually every major market in the world.

Sony Pictures Classics has picked up The Lunchbox for North America while Artificial Eye has acquired it for the UK. The film also has distributors in large swathes of Europe, in Australia/New Zealand and in Japan and Korea, besides many other key territories.

The Lunchbox is being compared to Mira Nair’s Monsoon Wedding, which not only won the Golden Lion at the Venice Film Festival in 2001, but was also a certified global box office hit.

Batra’s film has ‘success story’ written all over it. A heart-warming tale predicated on what is a near-improbability – a meal delivered to the wrong address by a Mumbai dabbawala, The Lunchbox is a sensitive study of loneliness and unrealised aspirations in a big city that has little time and patience for those that cannot keep pace with it.

In essence, the film is an exquisitely crafted love letter to Mumbai, a city the writer-director was born and raised in before he headed to New York University’s Tisch School of the Arts.

“Mumbai,” he has said, “has many cities within it… The city keeps evolving but there is a core that doesn’t change.” While The Lunchbox projects a city that has grown and evolved rapidly, Batra’s principal characters are sharply etched individuals who are enchantingly old world, who communicate through furtive handwritten notes in an era of emails, mobile messaging and social media.

It is in this markedly “different place” that Batra locates the love story at the core of The Lunchbox, but he infuses the tale with a deep sense of nostalgia for a time when neither food nor inter-personal communication was quite as fast as it is today.

The Lunchbox is the story of a woman, Ila (Nimrat Kaur), who, egged on by an elderly neighbour who lives upstairs (a lady we hear but never see), uses her culinary skills in a bid to wrest back the attention of her hopelessly negligent and distracted husband.

The lunch that she cooks ends up at the wrong office desk. The recipient is a weary, emotionally drained accountant, Saajan Fernandes (Irrfan Khan), a widower on the verge of superannuation, a man completely defeated by life and fate.

Figuring out that her lunchbox was mistakenly delivered to a complete stranger, the next morning Ila sends Saajan a note placed in an empty compartment of the dabba. The latter responds with a note marked by characteristic coldness.

But as the days pass and the lunchbox goes back and forth, the little notes become a means for the two to reach out to each other and reveal their inner selves, bit by bit, even though they do not meet.

For both Ila and Saajan, the brief epistles trigger suppressed dreams and raise hopes of an escape from the drudgery that they are trapped in.

The character of the reticent Saajan is contrasted with that of Aslam Shaikh (Nawazuddin Siddiqui), a garrulous apprentice who the senior pro has to bring up to speed before he hands over charge. Shaikh is a true Mumbaikar, an orphan who has learnt to take the blows of life on his chin.

Besides Saajan’s drab and functional office and Ila’s modest middle-class home, the film plays out in crowded trains, buses and auto-ricksh­­­aws, and captures the hustle and bustle of the city in all its diversity. This isn’t Bollywood’s romanticised version of the western metropolis. It is the chaotic but untamable urban sprawl that its residents know and encounter on a daily basis in reality.

In Batra’s film, Mumbai is a city where mishaps and miracles occur every day and nothing represents its urban dynamics quite as wonderfully as the 5000-odd dabbawalas who unfailingly feed millions of office-goers in the metropolitan maze come rain or shine.

Batra captures that spirit with an unfailing and unsentimental eye, and gives the real-life dabbawalas and their songs a central place in the screenplay. The story that The Lunchbox narrates is organic to Mumbai – it could not have happened anywhere else. But in terms of style, Batra adopts an approach that is highly sophisticated and restrained.

He is aided in his strategy by the fact that his cinematographer (Michael Simmonds) and editor (John Lyons) are American, while his sound designer (Michael Kaczmarek) and music composer (Max Richter) are German.

He eschews cinematic gimmicks and makes no concessions to audience expectations, letting the characters and the situations drive the narrative all the way through.

The Lunchbox germinated about six years ago, when Batra was planning a documentary on the lunch delivery men. He embedded himself with them for an entire week and went on the rounds. He saw them at work from close quarters and heard their stories.

The idea of a fiction film and the characters emerged from Batra’s interactions with the dabbawalas, who shared their impressions of the people that they serve and the latter became the kernel of the fictional screenplay.

The Lunchbox is an international co-production in every sense of the term. Besides India’s Guneet Monga of Sikhya Entertainment, Anurag Kashyap of AKFPL, DAR Motion Pictures and the National Film Development Corporation, it has been co-produced by France’s ASAP Films, Germany’s Rohfilm, and Lydia Dean Pilcher’s Cine Mosaic, an American entity.

A global effort put The Lunchbox together. It seems the whole world is coming together again now that the film is ready to travel.