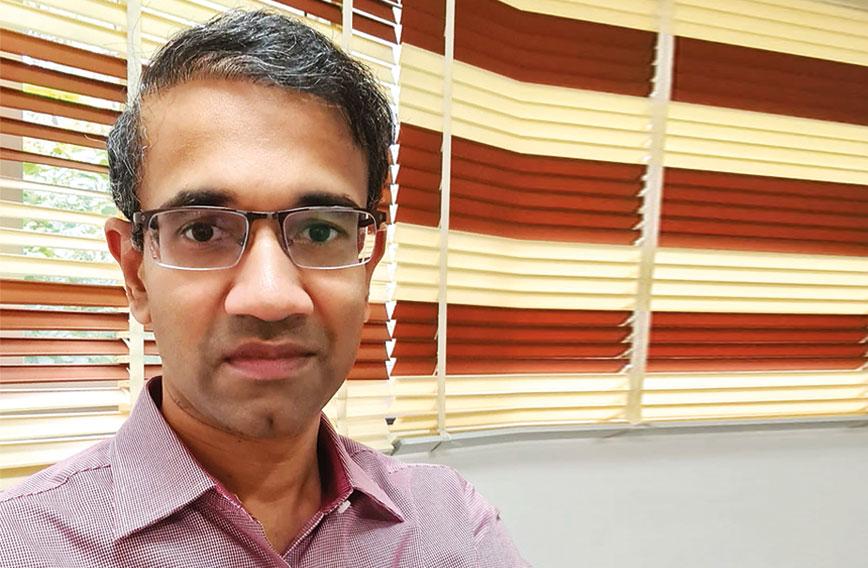 Sandeep Ramesh of Nile which recycles 50,000 tonnes of lead acid batteries a year

CHANCES are that expended pencil batteries have been collecting in your drawer and every time you think of sending them off with your kitchen waste in a garbage bag, you hold yourself back because you are aware that it is not the correct thing to do.

The pencil battery pile-up is just the most visible and annoying tip of the problem. Today, our lives are governed by all types of gadgets and they are powered by a range of batteries big and tiny. There are  lithium batteries, lithium-ion batteries, lead-acid batteries, alkaline batteries and zinc-carbon batteries — it is a long list and the numbers are increasing.

Where do all these batteries go when they die, some in the very gadgets in which they have been embedded? The truth is no one really knows. Although  batteries are hazardous waste, they end up in landfills along with other domestic refuse when they should go instead to recyclers.

In 2019, according to estimates, 2.7 billion dry-cell batteries were being used annually in India. Out of these, around 90 percent ended up in the informal sector instead of with authorized recyclers. Now that is just dry-cell batteries. It is difficult to find numbers of the others.

The Solid Waste Management Rules of 2016 place batteries in the category of domestic hazardous waste, but do not mention segregation. Batteries are clubbed with waste like paint cans and tubelights.

There are a few formal collection systems or recycling facilities in some cities. A handful of NGOs are filling this gap by collecting dry-cell batteries from homes along with other e-waste but what they take away is insignificant.

Saahas and Environmental Synergies in Development (ENSYDE) in Bengaluru have set up e-waste collection centres across the city in schools, stores, malls and apartment complexes. Their bE-Responsible Initiative has connected with some 800 institutions and RWAs.

E-waste is segregated into batteries, CDs and other such waste which is then sent to authorized recyclers like e-Parisara on the outskirts of the city, on trucks. You can locate their e-waste drop boxes from their website. Saahas collected 2.7 tonnes of e-waste per month last year and the non-profit is expanding to Gurugram, Mumbai and Noida.

In Pune, SWaCH is an authorized e-waste collector with two collection centres. It helps e-waste reach authorized recyclers in the city.

In Delhi, the Municipal Corporation of East Delhi is working with Attero, an e-waste recycling company, to collect e-waste from homes and has recently started collecting lithium-ion batteries.

Car and bike batteries are usually bought back or exchanged at auto retailers and service centres because of the value of the materials inside. The Batteries (Management and Handling) Rules 2001, apply an Extended Producer Responsibility on manufacturers of lead-acid batteries for recycling. From retailers, the battery goes to the manufacturer’s warehouses where it is collected by authorized recyclers.

Nile Limited, based in Andhra Pradesh and Telangana, took up recycling lead-acid batteries in 1999 with the boom in automobile sales. Nile recovers lead, which is the basic component of batteries, and sells it back to battery manufacturers.

Once the used batteries make their journey on trucks to the Nile plant, a machine called the battery breaker crushes the battery.

“There are dangerous elements in the battery, so the crushing cannot be done manually since it would pose a hazard,” says Sandeep Ramesh, managing director of Nile.

Using density separation, lead particles are separated from plastic, electrolytes and acids which are neutralized with lime. The plastic is washed and sent to a plastic recycler.

The extracted lead paste or bullion, a mixture of 96 percent lead and other metals, is treated in a two-stage process. First, it is heated at a high temperature in a furnace after which the pure lead is processed in another furnace.

The average life of a battery depends on usage. It usually lives up to the three-year warranty period but its life could extend up to five years.

The rise in auto sales and telecom towers has increased demand for lead-acid batteries. “While UPS inverters haven’t seen an exponential growth recently due to power supply becoming better, there has been a rise in the number of automobiles and telecommunication towers which use lead acid batteries as back-up,” says Ramesh.

Nile recycles over 50,000 tonnes of batteries annually, on average. It is in the process of setting up a lithium-ion battery recycling plant in Hyderabad.

Extended Producer Responsibility extends to batteries inside electronic gadgets like laptops, computers, phones and so on as such devices are considered one unit. When such gadgets are recycled, the batteries inside are sent to authorized battery recyclers.

The Batteries (Management and Handling) Rules were formulated in early 2001. Since then battery use in vehicles and devices in India has increased hugely. The rules only cover lead-acid batteries and not dry-cell batteries used in homes. But the proposed draft Battery Waste Management Rules 2020, cover single-use disposable batteries, among others, under Extended Producer Responsibility. It then becomes important for the producer to set up a system of collection and buy-back.

“Industry has responded to the draft saying that clubbing some types of batteries may not be best since each of them have vastly different chemical compositions,” says Ramesh.

It remains to be seen how the rules are finally framed. Till then, getting batteries to people who know how to dispose of them safely would be the correct thing to thing to do.