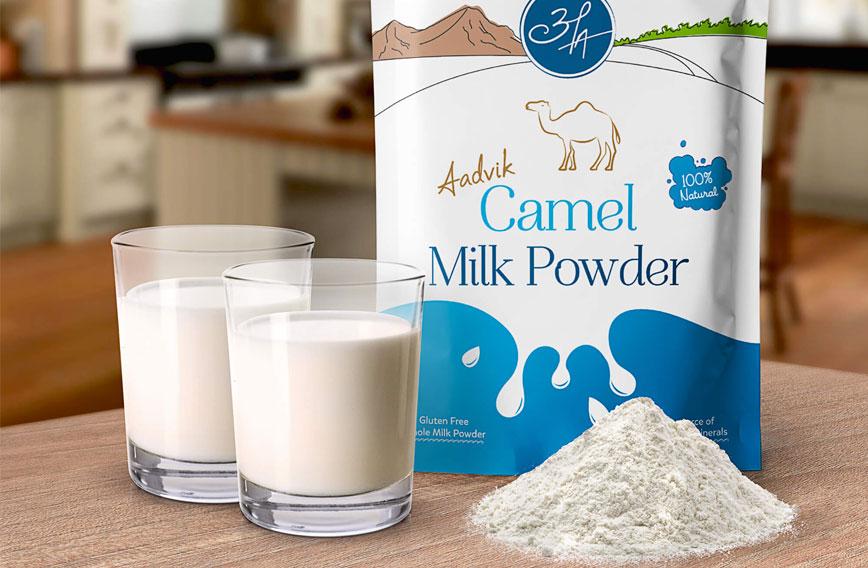 Camel milk anyone? It’s out on shelves

Monisha Ashokan recalls that if she didn't like eating breakfast before dashing off to school, her mother would insist that she have at least a glass of milk.

Ashokan is now a nutritionist and co-founder of NourishMe, a wellness centre in Delhi. She would still recommend a glass of milk for all its nutrition, but with the difference that there are a whole lot of different milks to choose from.

You could have camel milk, goat milk or choose from a range of plant-based milks such as soy and almond if you happen to be lactose intolerant. They are all packed with nutritional benefits.

"Cow milk is a nutritionally wholesome food. It has protein, fat, minerals like potassium, magnesium, calcium  and Vitamins A, B2, B12," says Ashokan. "To have all these in one food is a rarity."

But the demand for other types of milk is also growing and for several reasons.

There is increasing disenchantment with the quality of the cow milk available. Reports of cows being given hormones to increase yield and unnecessary antibiotics have encouraged people to look for alternatives.

Many people have found that they are lactose-intolerant, or that they just find it difficult to digest cow or buffalo milk. “In general, people listen to their bodies more now,” says Ashokan.

Plant-based milks are easier on the stomach. Among them, soy milk and almond milk are the most popular. Soylife, a Delhi-based manufacturer of soy milk, has increased its production from 500 litres per month in 2017 to 3,000-4,000 litres today. They make soya paneer or tofu as well which they supply to hotels. 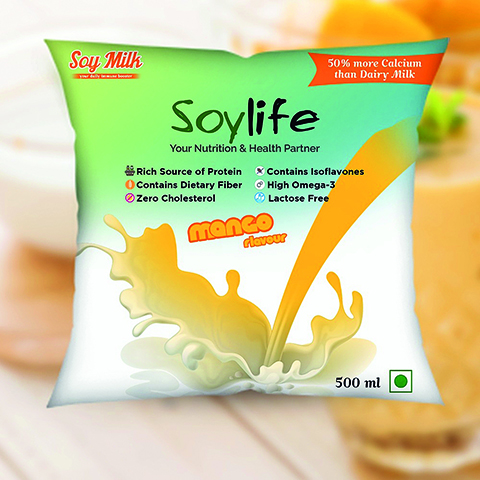 To make soy milk, soya beans are soaked in water for four to five hours. Once soft, they are ground and then mixed with water. The liquid is drained using muslin and after the pasteurization process, soy milk is ready for consumption.

“We do aseptic packaging for our milk. A vacuum is created in a steel container. The milk is made in the container, heated and cooled. It is packaged then and there so that the milk doesn’t come into contact with air-borne bacteria,” explains Harshwardhan Sharma, CEO of Soylife. Before starting his venture, Sharma, 32, had enrolled in an entrepreneur development programme at the National Small Industries Corporation (NSIC) in Okhla and learnt to make soy milk.

Aseptic packaging ensures a long shelf life. “During the pandemic people wanted to limit trips to the market. So long shelf life is an added advantage,” Ashokan says.

Almond milk is as much in demand as soy milk. “If you just look at the number of brands of almond milk that have come up in the last 18 months, you’ll know the demand is growing,” says Shilpa Mogilishetty who co-founded Jus’ Amazing with her husband in 2017. 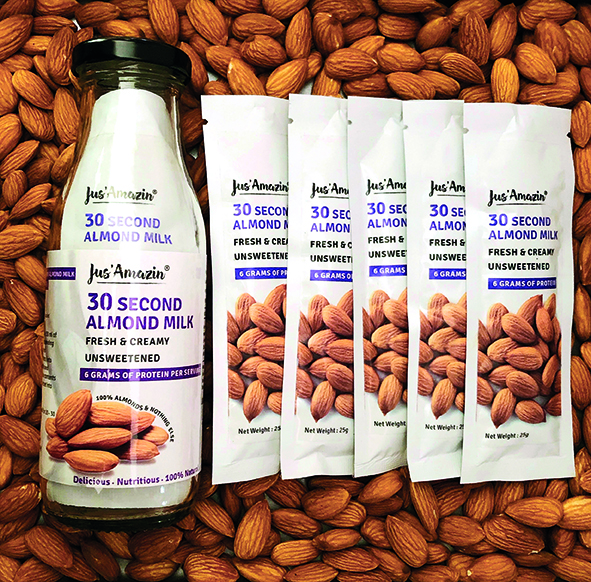 Jus’ Amazing’s 30 Second Almond Milk is the first of its kind. A sachet of their almond paste just needs to be mixed with a glass of water to make almond milk. It is rich in protein, calcium and Vitamin E, which is a fat-soluble antioxidant.

Mogilishetty says that vegans and people with lactose intolerance regularly buy from Jus’ Amazing. But another segment of customers is trying almond milk simply because the option exists and they find it easy to incorporate almonds into their diet by drinking almond milk.

Milk varieties like soy milk and almond milk are also available in different flavours. “With young children, who may not like the flavour of cow milk, this is a tasty way to get your child to drink milk,” says Ashokan.

Among animal-based milks, goat milk has made a comeback of sorts. “Farmers speak very highly of goat milk. They tell you that if you have goat milk, you won’t have any ailments. It is called ‘niroga’ (free from disease)  milk,” says Ajay Singh, 45, who started Courtyard Farms in 2017 to take goat milk to urban consumers. On Singh’s farm in Tijara in Alwar district, there are some 350 free-ranging goats. They aren’t confined in small spaces and they can graze outdoors. They aren’t fed a specific diet to increase their milk yield.

Camel milk is on its way to popularity, especially among those who are diabetic, because it has natural insulin. Camel milk has very high protein content, less fat and less cholesterol. “Camel milk is said to be closest to a human mother’s milk,” says Ashokan.

“We source the camel milk directly from farmers. Since it had become economically unviable for them to earn an income from camels, farmers had stopped keeping them and the camel population declined. But our arrangement gives them a continuous income, enabling them to feed the animals and make profits,” says Shrey Kumar, 31, co-founder of Aadvik Foods who is also a qualified engineer and an MBA.

Among Aadvik Foods’ customers are parents of children with autism spectrum disorder. They often come back to Kumar to tell him that camel milk has worked wonders for a child’s immunity.

Aadvik Foods recently launched camel milk chocolates and cosmetic products made from camel milk. “Camel milk is for the premium market, only people who are looking for it buy it. Chocolates, on the other hand, have the potential to be a mass-market product,” Kumar says.

If you like good old cow milk, there are several organic options available. iOrganic supplies organic cow milk to 1,000 households in Delhi. The milk comes from some 350 cows on their farm near the Delhi-Haryana border.

“We gauge the health parameters of the cow and then gauge the quality of the milk. The difference is massive. If the cow is healthy, the bacterial load of the milk and somatic cell count is minimal, as it should be,” says Aditya Sinhal, founder of iOrganic.

Sinhal recalled that when iOrganic started in 2014, they supplied organic cow milk to some 10 households. But it took just six months to realize that people valued the product because it tasted different and was of better quality. Now iOrganic supplies 20,000 litres every month.

Small producers have done well not just because of market demand but because their products are of superior quality. “People don’t have confidence in the big companies anymore. There is this sense that the milk is adulterated. Small and new companies inspire faith because they are completely transparent about their products. I even remember one milk producer gave out test kits with the product, asking people to test its quality themselves,” says Kumar.

Rising demand means people are willing to pay for quality. But the higher price is also a limitation. Sinhal remarks that people try their milk and then go back to regular milk pouches because they don’t want to increase the household budget.

iOrganic lost a few customers during the lockdown. Courtyard Farms lost some of its dedicated customers but an equal number joined because they had heard that goat milk builds immunity. Soylife, on the other hand, added 25 percent more people to their customer base.

“The coronavirus pandemic taught us that you cannot take your health for granted. Health is the only asset you really have. Money can be made, real estate can be bought. But health cannot be recreated. That’s why the organic food market is on the rise in India,” says Sinhal.