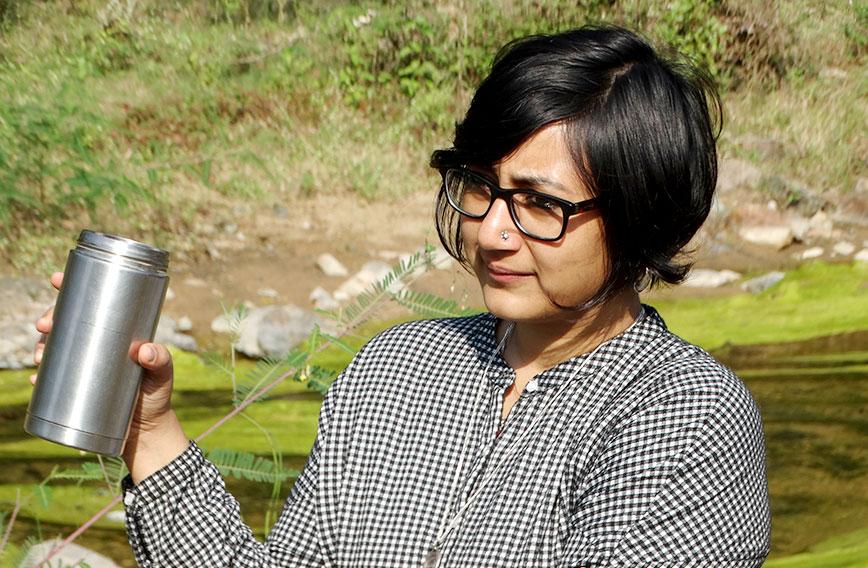 Should a coffee be named after a tree? Or a coffee company after a bird? Of course, that’s so apt. The best coffees come from within forests. In the shade of traditional trees, a collaborative effort by birds, bees, butterflies, fallen leaves and other life forms helps the coffee plant along, giving its berries the attributes that make them special. It is a slow process of ecological mingling nudged along by Nature in ways too wondrous to be easily understood.

So here we are in dusty Gurugram, drinking a coffee called Ficus from the Black Baza Coffee Company. Ficus is the lovely fig tree in the shade of which this coffee has been grown. The Black Baza is a medium-sized bird of prey that is known to swoop on insects and make a meal of them.

Ficus is easily the best coffee we have had in a while. The way we brew it is a heaped tablespoon per cup in a plunger, allowed to stand for four minutes and then milk and sugar to taste. What you get is a mildly strong coffee, with a welcoming aroma and not too much body. Coffee is as much about aroma as flavour and even before our first cup of Ficus is brewed, the pack parked on the shelf of our pantry for a few days has made its presence felt.

It is thanks to the internet that we are able to savour Ficus in Gurugram, a few hours from the desert in Rajasthan and far removed from the lush forests of the Western Ghats where this coffee was grown. It is an Arabica/Robusta blend sourced from responsible farmer-producer organizations (FPOs) in Karnataka and Kerala.

Coffee’s  popularity has grown in India. There has always been filter coffee in the south. But elsewhere, the earliest memories of coffee drinking in homes are of Nescafe beaten up with a little milk and water to get a froth. A spoon or two of  instant coffee powder would also be added to a glass of milk.

Outlets of India Coffee House provided brewed coffee. Restaurants like Skyroom in Calcutta of an era gone by offered what they called Kona coffee, which was also supposed to be brewed. You could get some real coffee in Connaught Place in Delhi as well.

But a consumer culture around coffee drinking in India is relatively new and coffee shops as we now see them around us have only come about in the past decade or so. The price of a cup of coffee has risen rapidly, but does that ensure its quality? Sadly, no. At a Barista, Starbucks or Café Coffee Day, the coffee is often undrinkable. The high prices are needed to pay for the rent and the décor to draw in people. Blue Tokai sells some good beans and blends sourced from estates, but at its friendly coffee shops the cup you get can make you go ugh! 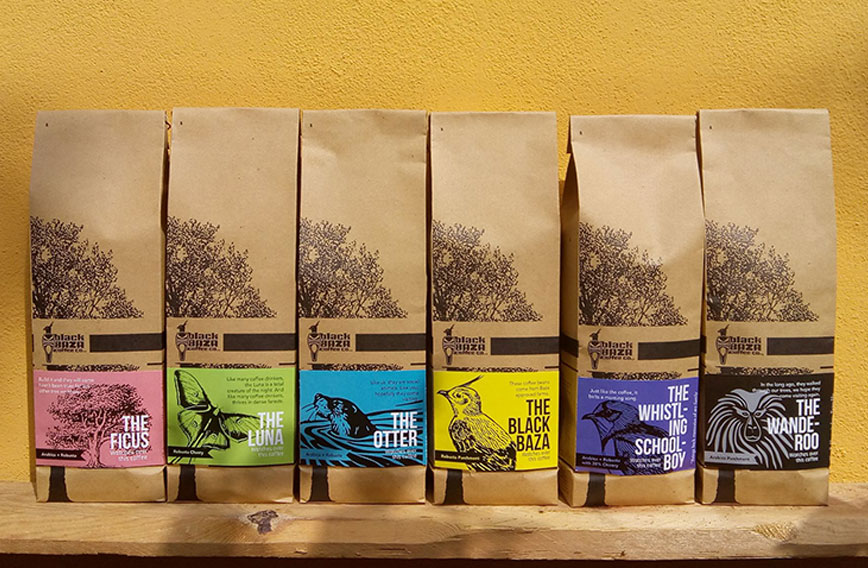 We at Civil Society are coffee drinking types and so we have adventurously gone much beyond sourcing beans from a trusted trader for our personal consumption to checking out uniquely named offerings like Sleepy Owl and Blue Tokai. The experience has been mixed. Smart brands led by young entrepreneurs are the order of the day. The packaging is sharp and the messaging carefully meaningful. But after the initial impression, the experience tends to slacken with time. Curated coffees from plantations have their limitations.

Black Baza, however, promises to go much further. It has a bigger and more motivational story to tell. Positioning itself as “diversity friendly”, Black Baza works with small growers and community groups whose holdings are meagre in size, encouraging them to be organic in their practices and respectful of nature in the traditional ways they already know.

In doing so, it promotes livelihoods, which might otherwise have been trampled upon in the rush to cater to markets. Growers are not only reassured that they can survive, but Black Baza also helps them compete and sell when they would otherwise have been left out. In the coffee business, the grower gets a mere 2.8 percent of the final price. Black Baza gives growers 17 percent.

The invitation to the customer is to get on board this transformational effort. It is a personalized appeal. When you buy a pack of coffee from Black Baza, it comes with your name handwritten on it. The message is: “Your cup of coffee is kinder to the environment and the grower.” You don’t just get a good cup of coffee, but you also “secure livelihoods and strengthen coffee farming practices that conserve biodiversity. We invite you to participate in the process. This is a great step one. But we can do more”.

Arshiya Bose, 30, is Black Baza’s founder. She has a PhD on the political ecology of markets for biodiversity conservation from Cambridge University. She was researching sustainability certifications for coffee when small producers in the Kodagu area of Karnataka reached out for support. 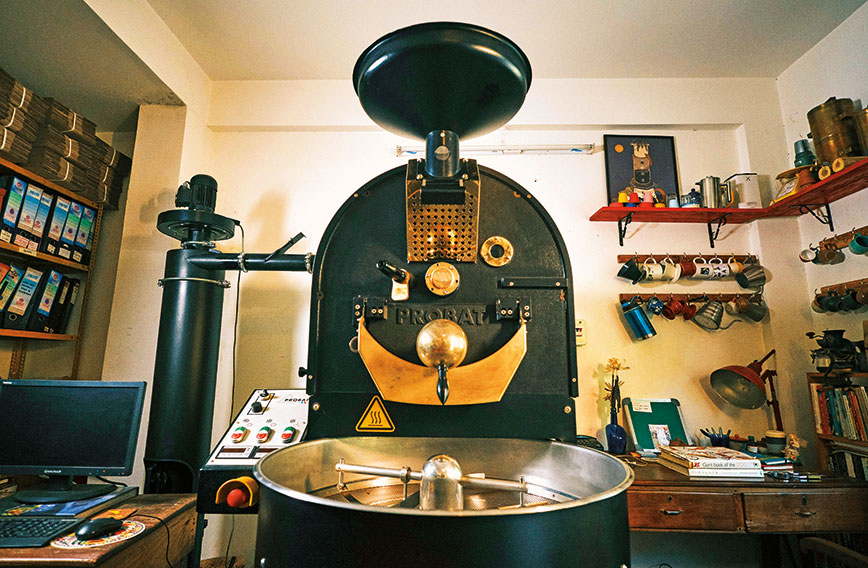 Black Baza really came out of the need of farmers with small holdings to engage with markets. “It was they who took the initiative, not me,” says Bose.

In her journeys through Coorg, Bose found that Indian farmers continued to largely grow coffee under trees, thereby preserving a rich biodiversity. This was unlike other parts of the world where forests have been felled for coffee plantations.

“They wanted to access fairer markets and to be recognized for the good farming practices that they were already doing. They wanted a support system to enable them to farm ecologically,” says Bose.

In India, too, tree cover was being lost in keeping with the global trend. So, helping farmers retain the trees and ecology friendly practices while at the same time being profitable became a mission worth taking up.

Bose set up Black Baza Coffee Company as a private limited entity in 2016. It continues to be a business, but with well-structured ethical foundations. Its slogan reads: ‘We are an activist company. Our coffee is radical.’

She now works with 650 producers, mostly indigenous and tribal communities,  to bring to consumers ‘the best of the diversity of coffee’.

Black Baza has a manifesto, which pledges the company to fair trade, authentic sourcing and ecological balance, whether it is preserving trees or eschewing use of chemicals. It is also an evolving manifesto as conversations happen. 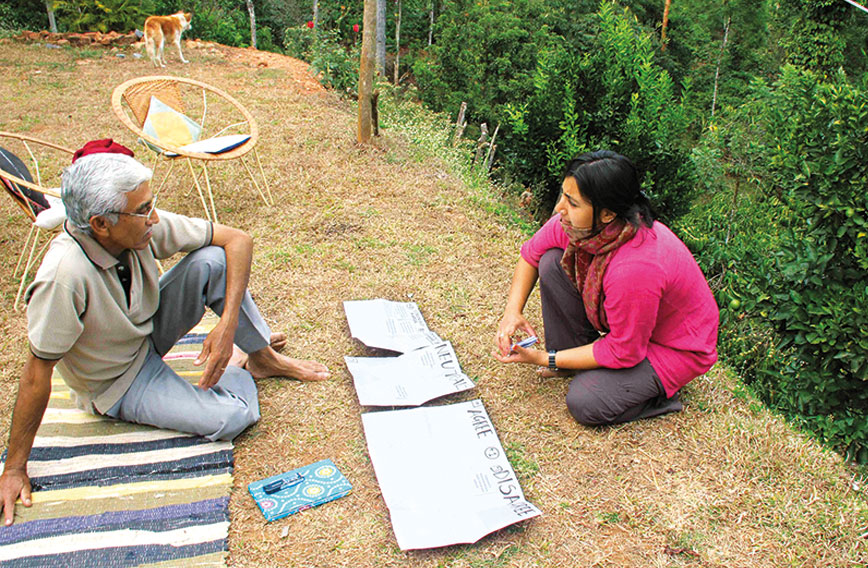 Talking to a grower

Collaborations with farmers are defined by conservation agreements, which  stipulate maintaining 100 trees per acre, protecting sources of water, reducing and abjuring use of chemicals and maintaining a certain percentage of shade so that the cutting of tree branches is restricted. Many growers have just an acre but preserving their forest cover enables them to access other produce like honey.

And what makes a good cup of coffee? Apart from forest cover and plant care, you have to pick the right beans at the right time, and ensure moisture levels are just right, explains Bose. Coffee beans then are roasted to perfection in a roastery. Each step is micro-managed.

“We set up FPOs and we work with existing ones. In Kerala, we partner Fair Trade Alliance. Governing FPOs is challenging but democratic. All our decisions are participatory which makes the experience so much richer,” says Bose.

For small farmers, Black Baza Coffee Co is a lifeline. It has been made possible by Bose’s unique transition from academia to the marketplace. It helps them engage with the world at large in ways that preserve and promote their identities and traditional practices.

Black Baza’s brand is built on its honesty and intellectual purpose. The farmers couldn’t have hoped to do this without Bose. Equally important is Bose’s market-savvy approach.  Naming coffees Jumping Ant, Wanderoo, Otter and Luna is being original and claiming space in a market where others spend large sums on brand building. Black Baza sells online, and to stores and top-end hotel chains.

In a networked world someone with a real message tends to be heard and followed. For Black Baza, the first steps on that journey have been taken. If its coffee stays as good as it is and its mission doesn’t get diluted along the way, we will be buying a whole lot of it and so, we suspect, will a great many others.