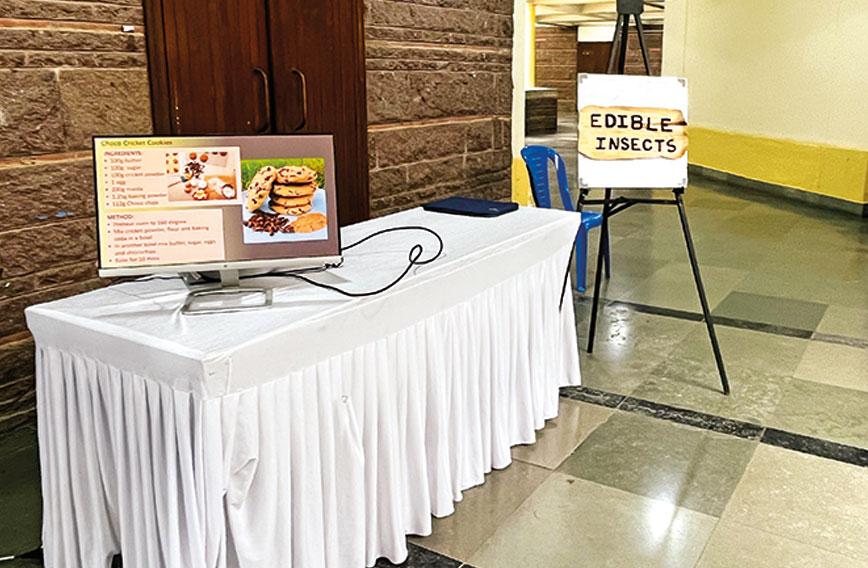 Try some insect cookies they are good for you

A cookie packed with protein, chocolate and crickets is creating a buzz in culinary circles. It has been developed by a team at the Ashoka Trust For Research In Ecology And The Environment (ATREE), an NGO based in Bengaluru. The idea, say team members, is to start a conversation around insect eating or entomophagy.

A French culinary expert, Chef Amiel Guerin, who grew excited by the idea, came up with a recipe and made the cookies in his bistro’s kitchen, in Bengaluru.

Chocolate dominates the taste of the cookie which contains 13.5 percent cricket powder in its composition. With sugar, flour, chocolate chips and egg, the cookie’s ingredients are just like any other cookie’s. Since it is an experimental project, each cookie costs as much as Rs 10 to develop.

Right now, the cookies are not for sale. The ATREE team, which has been working on methods of mass insect rearing, came up with this idea. One motivation has been the FAO’s (Food and Agriculture Organization) promotion of insects as an alternative source of protein and as a solution for food security.

With rising population and climate changes, “it is better to focus on other sources of protein and insects are the best alternative,” says Priyadarsanan Dharma Rajan, senior fellow, ATREE. His team members include Seena Narayanan, Femi Benny, and Varsha Ganesh. 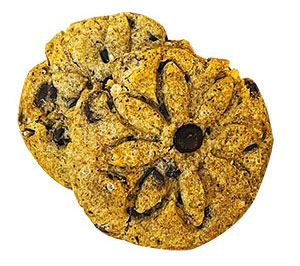 The cookies are protein rich with 70 percent protein and up to 30 percent lipids. The cookies also have calcium, potassium and iron among others ingredients. It is rich in Vitamin B and has Vitamin A, C, D, E and K.

In the past few months, they have managed to harvest a few kilograms of crickets. The team decided to incorporate the crickets into a food and zeroed in on cookies.

Harvesting insects does not require much land and water requirements too are low. Rajan says that the carbon footprint of insect farming would be much less than in the case of commercial livestock, if done correctly. Edible insects are rich in protein, vitamins and minerals. Rearing them emits less greenhouse gases than with livestock.

The purpose, currently, is for the cookie to be a conversation starter on entomophagy in India. “Entomophagy is not a rare thing or something brand new. Before we developed tools, humans were dependent on insects as a source of protein and food,” points out Rajan.

The FAO estimates that at least two billion people today consume insects across the world. According to Rajan, around 300 indigenous communities in 153 countries consume insects.

“In Northeast India, we have recorded more than 300 species of insects that are consumed,” says Rajan. But insects are not cheap. Silk Moth caterpillars, one of the cheaper insects, cost between Rs 350 and Rs 400 per kg. There are insects that can sell for even Rs 1,000 per kg in local markets.

In India, indigenous communities in Odisha consume ‘Kai Chutney’ made from red ants and their eggs for which a GI (Geographical Indication) status has been requested. Eesalor winged termites in Tamil Nadu are regarded as a crunchy source of protein for tribal communities living there. 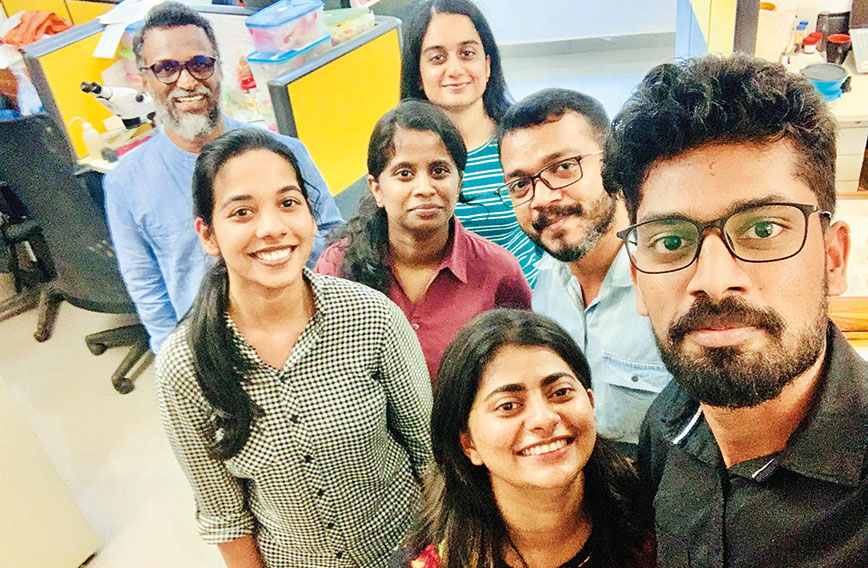 Apart from normalizing the idea of insect eating, the team at ATREE wants to mainstream such products and help with sustainable rearing practices. One reason the team developed the cookie is because currently entomophagy needs are met by harvesting insects from the wild. The concern is that without sustainable mass rearing practices, the uptick in insect consumption would lead to an imbalance in the wild.

“With the FAO promotion, people around the world are leaning into entomophagy. The demand, both from outside India and inside, for varieties and quantities would put pressure on the wild. If we can develop rearing methods for these insects before that and put them into practice, the pressure on the wild will be reduced,” explains Rajan. For entomophagy as a business in India, appropriate technology and clarity in lists of recognized edible insects are important.

In Kerala, ATREE has created ‘fly pods’ to enable households to rear insects in their homes with kitchen waste. “It is to be a part of the circular economy,” says Rajan. The fly pod needs to be installed in an open area like the backyard and it converts kitchen waste to a good source of protein by introducing flies. The flies are used as a protein-rich pet food and feed.