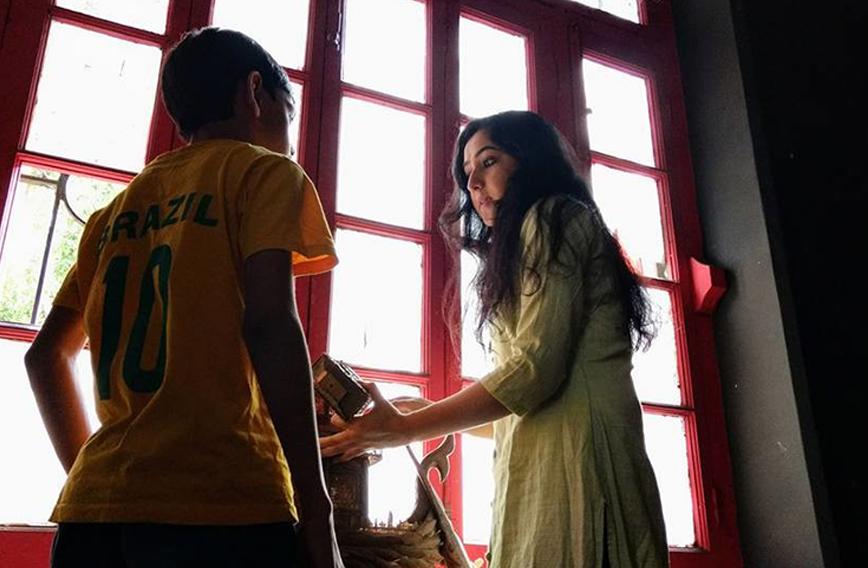 Six films for you beyond Netflix and Prime

HAVING spent a year cooped up at home, we have all, to varying degrees, ploughed through Netflix and Amazon Prime for our daily or weekly fix of filmed entertainment. A few of us have managed to go beyond and, in the process, stumbled upon cinematic gems on web platforms other than the two streaming giants. These exquisitely chiselled films, many of them from first-time directors, employ alternative idioms and storytelling coda to bring us tangible tales of strength, sadness and struggle from across the world. Here are six worth checking out: 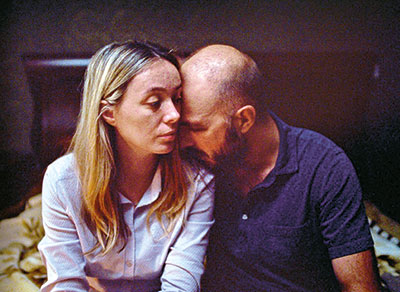 Georgian director Dea Kulumbegashvili delivers an amazingly self-assured debut film that transports us into the mind of a woman struggling to balance faith and individuality in an ultra-conservative Jehovah’s Witnesses commune in a sleepy town. With the help of cinematographer Arseni Khachaturan (who uses minimal camera movements) and lead actress Ia Sukhitashvili (who articulates an affecting mix of outer stasis and inner stress), Kulumbegashvili crafts a strikingly austere portrait of emotional turmoil through long, leisurely takes and evocative ambient sounds.

She creates a mood of desolation and suppressed angst brought on by forms of violence that the protagonist must confront as she negotiates her place in a society that allows her little leeway. She seeks to come to terms with her desires and aspirations but, given the hindrances in her path, her choices are severely limited. Beginning heralds the arrival of a young director we are bound to hear more of in the future. 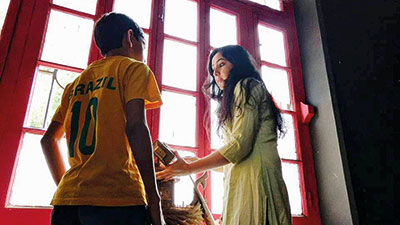 LORD OF THE ORPHANS / Streams on moviesaints.com

Veteran cinematographer Ranjan Palit’s narrative feature debut is a daring, fascinating, self-reflexive magnum opus that blends fact and fiction. It traces five generations of his family and his own life in full disclosure mode. He puts on the screen the history of the Palits — the title of the film is derived from the name of a defiant ancestor, Anath Nath Palit, banished from his village for abandoning his homestead and setting sail across the seas in search of a life beyond the ordinary.

The film does complete justice to the man’s spirit — Lord of the Orphans is uncompromising, brilliantly inventive and, above all, unflinchingly candid. The interplay of light and shade conjures up a space between memory and forgetfulness, between confession and confusion — contrasting impulses that all sensitive humans are heir to — and delivers a hypnotic auto-biopic of exceptional quality. Lord of the Orphans is more than a mere movie — it is an immersive experience that lifts the audience — and, indeed, the medium — above  the mundane and encourages us to soar. 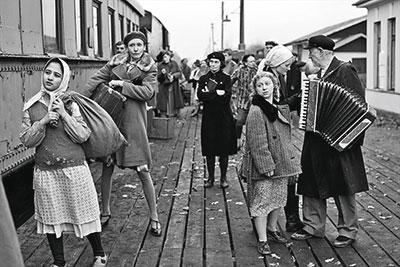 IN THE CROSSWIND / Streams on moviesaints.com

This 2014 black and white film, Estonian director Martti Helde’s first feature made when he was only 26 years old, captures the horrors of the Stalinist regime’s brutal treatment of the Baltic population seen through the eyes of one uprooted woman. It does not use conventional methods to deal with the violent reality it portrays. Instead, the film combines live action with 13 tableaux vivant set-ups to offer profoundly moving friezes that convey the plight of the woman and her young daughter who, like thousands of other Estonians, are banished to Siberia while the husband/father is sentenced to a term in a labour camp.

A well-modulated narration (it is Erna, the mother, reading from a diary constituting a monologue with her absent husband) serves to reveal the grief and despair of the victims. Although In the Crosswind opens in the summer of 1941 and the film is meant to be a requiem to people of the director’s country, the relevance of its tale of tyranny has contemporary resonance. The style transmits a sense of people frozen in time and yet suffering indignities and encountering losses that connect them to all oppressed people across geographies and eras. 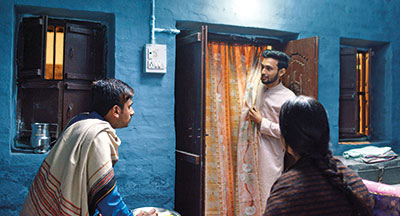 Gamak Ghar, 20-something Achal Mishra’s first film, is, as the title suggests, the story of a home. But every story of a home is also the story of a family. The film opens with the birth of a baby. Three generations of a family are gathered in their ancestral village abode to celebrate the occasion. Through subsequent festivals and feasts, births and deaths, Gamak Ghar traverses two decades and reveals the ravages of time on people and properties.

People move away from their roots, the roots stay where they are, but the structure that stands there visibly degenerates while continuing to evoke the past. The verandah, the doors, the windows and the almirahs stand as silent witness, especially for the member of the family who stays in the hope of keeping the story of the house going. Spanning the period between the late 1990s and 2019, Gamak Ghar, composed of static or near-static images, radiates warmth even as it is enveloped in a deeply elegiac mood. 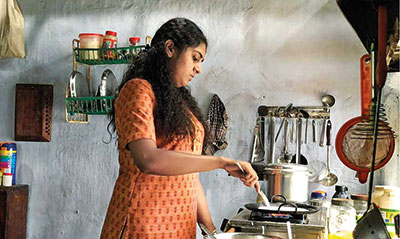 The small-budget Malayalam film is a piping hot takedown of the patriarchy and casual sexism at play in Indian households. She does all the household chores. She chops and peels, she cooks, she cleans, she mops the floor. He sits back and reads the newspaper or does yoga. She serves. He is used to being served. The film opens with a wedding. Once the party is over and the guests have left, drudgery kicks in for the newly-wed girl. She joins her mother-in-law in the kitchen to help her rustle up mouth-watering dishes for the husbands.

Will this household ever change and will the woman who has left her parental home to be with her husband ever be allowed to be on an equal footing with the men? That is what The Great Indian Kitchen explores. It does so without going overboard with the delivery of its message. 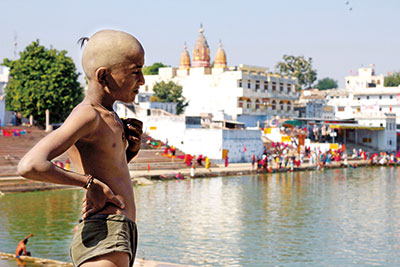 Using Italian writer Roberto Calasso’s ruminations on the gods of India, veteran director Kamal Swaroop creates this consistently engaging meditation on the myths and legends that surround the ancient city of Pushkar, one of the holiest places of Hinduism.

In the month of Kartik, during the full moon, the desert turns into a kaleidoscope of faith, festivity and fun. Combining the profound and the profane, this foray into the heart of the fair that draws hordes of devotees and tourists to this desert town probes the sacred tales with a keen eye for visual precision and accuracy of detail. In Pushkar Puran, myth and reality intermingle in a manner that underscores how the ancient and the current, the holy and the everyday, exist side by side in the cultural continuum that is India.