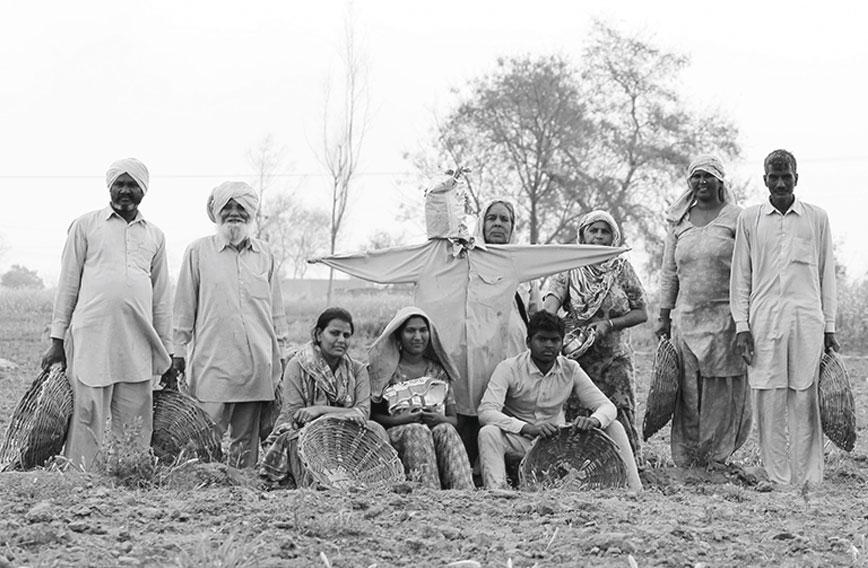 Being landless in Punjab

It is a metaphoric question that Landless begins with: Do scarecrows have their own land? The film depicts movingly the struggle of Dalit labourers in Punjab for land and a life of dignity.

“I consider myself part of the Dalit community of landless labourers and I have made this film for myself,” said Randeep Maddoke, producer and director of Landless, at a screening organised by the Foundation of Indian Contemporary Art in Delhi. “The way I talk and act is the language of the film.”

An activist with the Punjab Khet Mazdoor Union, Maddoke is a photographer and documentary filmmaker. He currently teaches at Lovely Professional University in Punjab. He worked in the past as a landless labourer and then went on to study at the Government College of Art in Chandigarh.

Landless is the outcome of a photography project Maddoke began in 2005 after Bant Singh, the heroic bard of Jhabbar village and an activist with the Mazdoor Mukti Morcha, was brutally beaten up and mutilated by upper caste Jat men when
he dared to fight for justice for his daughter who was gangraped.

The film has been shot mainly in the Doaba region of Punjab. The agrarian crisis and its impact, farmer suicides, contract labour, social boycott, moneylenders are all depicted in the film.

Punjab has the highest proportion of Scheduled Castes in ratio to the state’s population with 31.9 percent Dalits. But very few own land. The Punjab Village Common Lands Regulation Act of 1961 reserves one-third of common land in villages for Dalits. But this land has been encroached upon by upper-caste landowners. During land auctions held yearly to give land to Dalits, they put up dummy Dalit candidates and bid at a higher price.

The Zameen Prapti Sangharsh Committee (ZPSC), a Dalit movement for land rights, is campaigning to ensure fair bidding for land through vigilance and protest demonstrations. The protests began in Sangrur region and then began spreading. Upper-caste landowners hit back by preventing Dalits from using common lands or accessing the local dairy.

The film begins by depicting the unequal relationship between upper-caste landowners and Dalit labourers. The upper castes think they own not only the land but the people working on it as well. The labourers trace the discrimination that they face to the work that they do and the fact that they don’t own land.

What emerges from the narratives of Dalit women and men are the injustices they face. “I used to think all of this was normal. Everyone in the village took it as being normal,” explained Maddoke, addressing the 30 people who had come to the screening.

Women labourers in the film relate their experiences while they harvest potatoes. “We work very hard every day on these fields but we don’t get the basic wage,” they tell him.

A woman looks up at the sky and says: “If it rains we don’t get the wages for the entire day, even if the work for that day is complete.” Another woman says, “Our dignity is trampled on every day.”

An anguished woman narrates the tragic story of why her husband committed suicide by going under a train. Stricken by fever, he didn’t turn off the tube well at the stipulated time and was sacked. But he owed money to landowners. They harassed him to repay his debts and, unable to cope, he killed himself.

There are also instances of the struggle for land motivating people to set up their own enterprises. Two goat herders interviewed by Maddoke said, “Working in a small business with dignity is much better than working in a large business with your head bowed at all times.”

A group of Dalit workers came together and bought a piece of land “where we work together and respect one another”. One worker says, “There is no pressure here, we all work as much as
we are capable of and everyone is willing to help one another.”

Maddoke didn’t want to mention the problems he faced in the production of the film, only saying, “I did face problems while filming but I don’t want to glorify them. The actual problems are those being faced by the people you saw on-screen.”