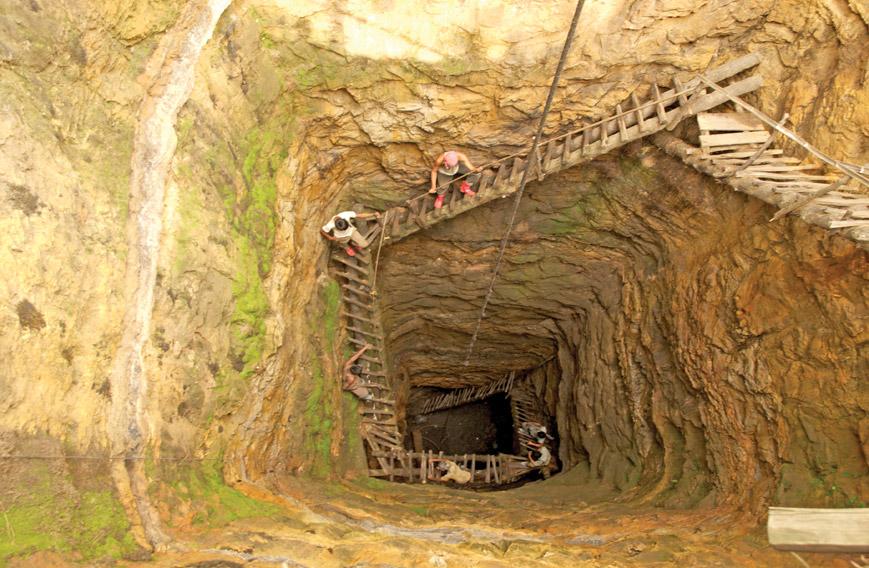 Two revelatory tales set in the Northeast — one centred on threatened floating homes, the other about life in a ‘rat-hole’ — bagged top prizes at the 14th Mumbai International Film Festival (MIFF) for Documentary, Animation and Short Films.

Bengaluru-based filmmaker Chandrasekhar Reddy’s 88-minute documentary, Fireflies in the Abyss, about the horrors of rat-hole coal mining in Meghalaya’s Jaintia Hills, bagged the Golden Conch for the best feature-length film in the festival’s national competition.

Young Manipuri director Haobam Paban Kumar’s Phum Shang (Floating Life), about a fishing community forcibly evicted from its traditional habitat on Loktak lake in the southwest part of the state, won the Golden Conch for the best documentary (up to 60 minutes) in the international competition.

MIFF, launched in 1990, is a biennial festival of documentaries that is regarded as one of the premier events of its kind in Asia. It is organised by the Films Division.

Interestingly, both the Golden Conch-winning documentaries mentioned above emerged from other film projects that the two directors were in the process of developing.

Imphal-based Paban Kumar, an alumnus of the Satyajit Ray Film & Television Institute (SRFTI), Kolkata, stumbled upon the plight of the Loktak lake dwellers uprooted from their floating homes on phumdis (biomass) while prepping in the area for his upcoming fiction film debut, Nongmei (Gun).

“It is because of the long-running people’s conflict over Loktak lake that the protagonist of Nongmei ends up getting a gun,” says the director who, while waiting for funding for the fiction film, decided to record the fallout of ‘development’ on a way of life that has survived for centuries.

Paban Kumar’s Nongmei is now at post-production stage, and the 52-minute Phum Shang, having picked up a number of prizes along the way, including a national award for best investigative film last year, has ended its festival rounds at MIFF with another triumph.

The international jury at MIFF 2016 had five members, including Armenian-origin director Don Askarian, who lives and works in Germany; Jesper Anderson, a curator who works for the Danish Film Institute; and Montreal-based filmmaker Mathieu Roy. The Indians on the jury were filmmaker Gitanjali Rao and television personality Siddharth Kak.

“There were once many villages in the Loktak area. When I got there in 2012 to begin my recce, the dwellings had all but vanished. Most of them had been burnt down and many of the inhabitants had left the lake,” says Paban Kumar.

The evacuees are fighting a legal battle against the authorities to wrest their rights over the lake. “The fishing community has moved the High Court and the case is still pending,” says Paban Kumar.

For eons, the lake and its resources had been a source of sustenance for the fisher folk of the region. They lived here unhindered until the Loktak Project was launched in the early 1980s.

In more recent years, government officials moved in with a hydraulic excavator to raze the dwellings and clear the lake. The natural inhabitants were branded as encroachers and forced out of their habitat. Thousands were displaced and robbed of their livelihood. 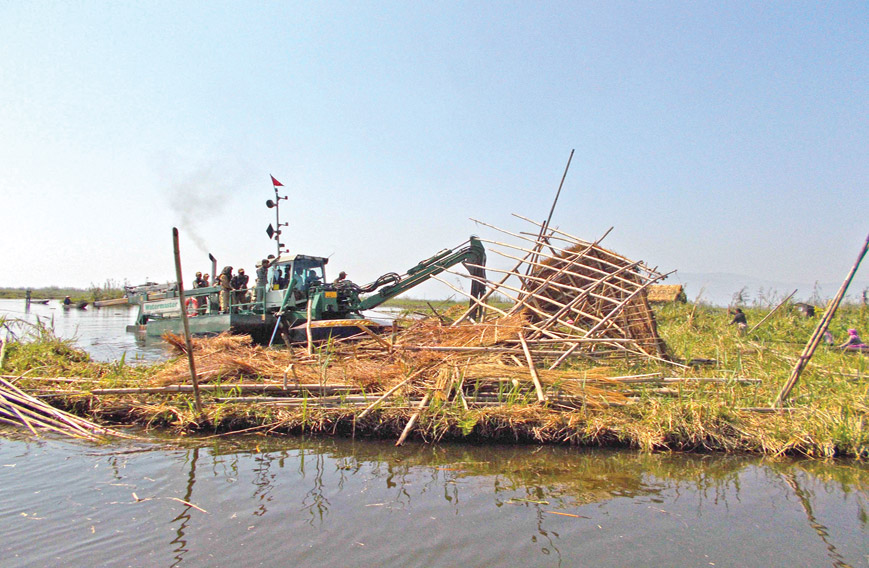 Phum Shang, which has been produced by Films Division, dwells upon the remarkable biodiversity of the area while blowing the lid off an idea of development that only pushes large segments of the impoverished and voiceless deeper into poverty. “The film’s focus is not so much on the affected individuals as on the community as a whole. It is an entire culture and a lifestyle that are under threat from a development model loaded against people on the margins,” says Paban Kumar.

No different is the story of Suraj, the 11-year-old protagonist of Fireflies in the Abyss, who works in a rat-hole coal mine and has to fight tooth and nail to find his way out of this hell and put himself in school.

Besides being given the Golden Conch for best feature-length film, Reddy’s film was also awarded for its cinematography.

“I was researching for a film about Meghalaya’s sacred forests when I discovered the kind of mining that was happening in the area,” says Reddy, who splits his time between Bengaluru and London and has worked with television channels like National Geographic and Discovery.

Reddy previously made a five-minute film titled Coal Boy as part of the Why Poverty? series. It was about a Jaintia Hills boy who works in the dangerous rat-hole coal mines to support his family even as he dreams of “digging to the other end of the world”.

Fireflies in the Abyss, an extension of Coal Boy, delves deeper into a world that forces men and children to risk their lives on a daily basis for a few rupees more. They burrow their way into narrow tunnels, armed with a pickaxe and a head-torch, to scratch coal out of the hard rock.

Reddy first met Suraj in early 2012 and lived with the boy’s family for five months. “I made three shorter trips thereafter to complete Fireflies in the Abyss,” says the director.

Although he does not speak a word of Khasi, melding in wasn’t difficult at all for Reddy. “This place is like a frontier boomtown with a lot of immigrants from Bihar, Nepal and Bangladesh who come here to work in the coal mines,” he says. “It allowed me to go incognito.”

The National Green Tribunal (NGT) banned rat-hole coal mining in 2014, so the operations seem to have moved to more remote places. “I saw far fewer coal trucks plying on the road between Shillong and Guwahati the last time that I was there,” says Reddy.

The filmmaker reveals that Suraj’s urge to go to school took him by surprise and he decided to make it a part of the story late in the filmmaking cycle. He says: “I had no clue that the boy had any intention of going to school. He always said that it was impossible for he simply did not have the necessary resources.”

Suraj, born to Nepali immigrants, has no affinity with the land of his parents’ birth. So even when his elder sister and her husband plan to return to Nepal because their three-year-old child keeps falling ill, Suraj refuses to leave.

The film addresses several pressing issues — child labour, environmental degradation and illegal mining — but Reddy does not see himself as an activist filmmaker. “There isn’t any conscious discourse around the themes the film deals with. I simply wanted to tell a story that would be strongly engaging. I now want to take Fireflies to a wider audience,” he says.

“I am looking for a theatrical release. This is not because of any commercial reason, but simply for the marquee value that a run in the multiplexes would lend the film,” he explains. For a debut documentary, that would be no mean value-add.