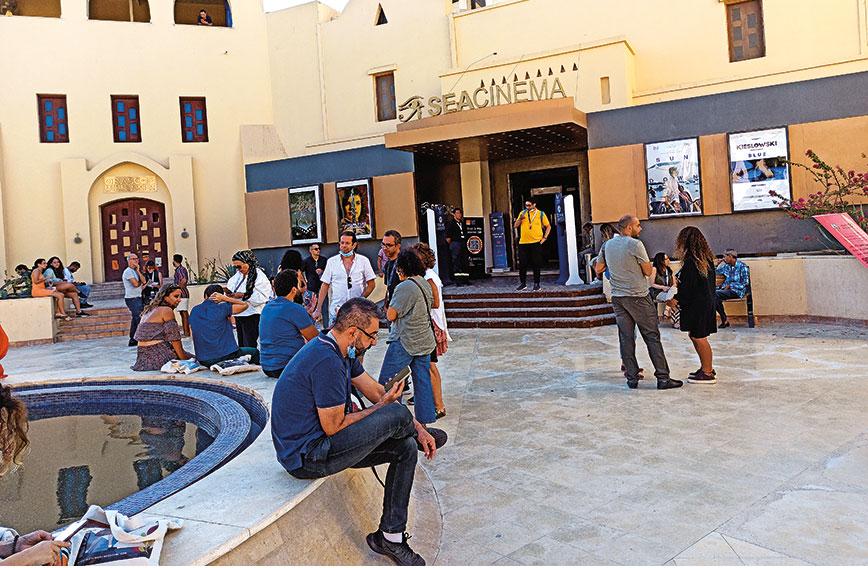 The venue of the El Gouna Film Festival

A full house for Arab voices by the Red Sea

THE El Gouna Film Festival (GFF) is half a decade old but nothing it does suggests that it is only a fledgling event. The meticulously curated annual event launched in 2017 is now well on its way to becoming “an important, cosmopolitan hub of culture and cinema,” in the words of entrepreneur Samih Sawiris, founder of the Red Sea resort town of El Gouna.

In 2020, a year that saw many pandemic-induced festival cancellations, the organizers of GFF went ahead with a physical film festival. This year, GFF, held from October 14 to 22, returned rejuvenated but with COVID-19 protocols still in place. It had a full complement of films, many of which reflected the current mood of the world.

The festival’s industry segment CineGouna Platform, too, has emerged as a strong platform for the discovery of new voices in Arab cinema as well as for the overall development of filmmaking in the region. While programming the latest films from around the world, GFF places special emphasis on the works of both established and first-time Arab directors.

In the festival’s latest edition, cineastes were treated to Mohamed Diab’s Amira (Egypt) and Nabil Ayouch’s Casablanca Beats (Morocco), besides the films of three debutants — Ely Dagher (The Sea Ahead), Ali El Arabi (Captains of Za’atari, which won the El Gouna Star for the best Arab documentary) and Omar El Zohairy (Feathers, which won the Grand Prize in Cannes Critics’ Week). In El Gouna, Feathers won the award for the best Arab film.

Several of the most-discussed narrative features, documentaries and short films in the GFF 2021 programme dealt with communities, families and individuals negotiating unsettling developments and adversities, both socio-political and environmental.

One significant addition to the GFF repertoire this year was the El Gouna Green Star Award for the best film on environmental issues. Five titles from the festival’s wider selection were eligible for the award. The prize was won by Costa Brava, Lebanon, the only narrative feature in contention: a drama about a family that is sucked into a battle against pollution and corruption.

Directed by Lebanese debutante Mounia Akl, who divides her time between Beirut and New York, Costa Brava is a drama about a family battling pollution and administrative corruption, two sides of the same coin. “The environmental crisis in Lebanon is not just about the environment,” says Akl. “Everything is interconnected.” 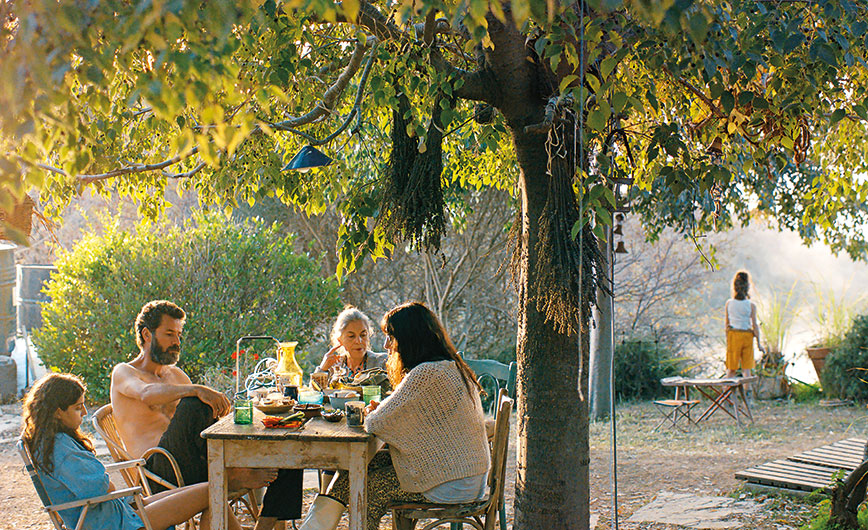 Costa Brava is about a family fighting corruption and pollution

Costa Brava stars Nadine Labaki (director of the critically lauded Capernaum) and Saleh Bakri, acclaimed Palestinian actor, in key roles. The two play a couple who move to their idyllic mountain home to escape the environmental degradation of Beirut. An illegal landfill comes up next door, and with it comes the very garbage and malfeasance that the family is fleeing.

Another film that would definitely have been on the radar of the Green Star Award jury was Dutch cinematographer-director Pieter-Rim de Kroon’s wordless, exquisitely crafted Silence of the Tides. It is a visually stunning observational documentary that dwells on man’s fragile, problematic relationship with nature. It celebrates the marvels of the Wadden Sea, one of the world’s largest and most varied intertidal areas that extends along the coasts of The Netherlands, Germany and Denmark.

Silence of the Tides captures the natural processes in and around an ecosystem that still continues to be pristine. Employing a hypnotic and immersive soundscape — it is made up of the music of the waves, the clatter of machines and the reverberations of the living presence of humans and animals — the film captures the rhythms of the seasons.

The Green Star competition included a film from India — Rahul Jain’s Invisible Demons, an unflinching dissection of the reasons and consequences of air and water pollution in Delhi. It is a hard-hitting, disquieting cinematic essay that examines the fallout of rapid and indiscriminate urban expansion on vulnerable segments of the city’s population.

Invisible Demons premiered at the Cannes Film Festival earlier in the year (in a special section called Cinema for the Climate) before making its way to El Gouna. In an interview with this writer ahead of the film’s world premiere in July, Jain had said: “It is high time that films about the realities of climate change are given a platform.” 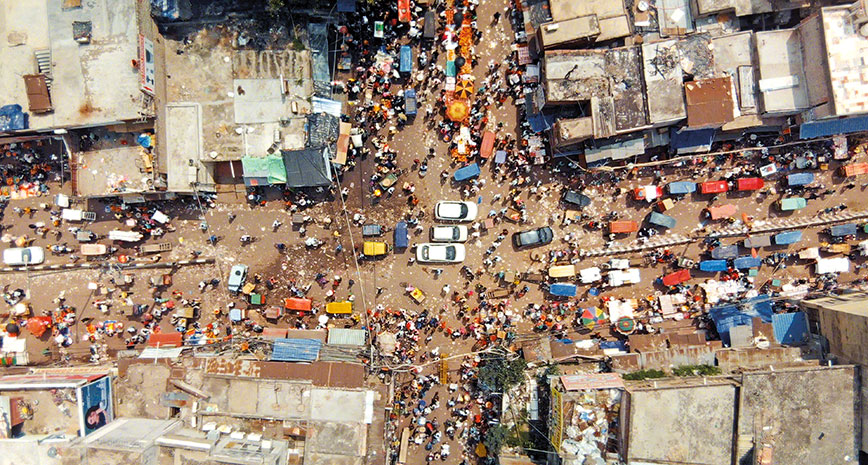 Invisible Demons is about air and water pollution in Delhi

The focus of Invisible Demons is squarely on Delhi but the alarming truth it communicates is of universal relevance. Jain grew up in Delhi and acquired an MA degree in Aesthetics and Politics from the California Institute of the Arts. On his way to school as a six-year-old boy, he would pass the river Yamuna. “Is this a nadi (river) or a nullah, I would ask,” he recalls.

“After Machines (Jain’s Sundance award-winning debut feature documentary), I seemed to have run out of inspiration. I felt worthless. I wondered if anything I was going to make would be of any use at all. I took a break and went to Bhutan. And when I returned to Delhi, I collapsed, strangled by the pollution,” the filmmaker recalls. That is what triggered Invisible Demons.

The other two films that vied for the El Gouna Green Star Award were French and, like Invisible Demons, arrived in the Red Sea town after premiering in Cannes. One of them, Flore Vasseur’s Bigger Than Us, showcases the initiatives of seven young environmentalists to bring about change in their respective countries — Indonesia, Malawi, Uganda and Brazil among them.

Bigger Than Us, produced by French movie star Marion Cotillard, demonstrates that positive change is possible if young men and women decide to take a stand against the global disregard of environment concerns and push for a reversal of activities and decisions that threaten the planet.

Taking a completely different route to articulating essentially the same idea, French writer-filmmaker-activist Cyril Dion’s Animal follows two young environmentalists, Bella Lack and Vipulan Puvaneswaran, as they travel the globe to look for substantiation of their belief that man’s predatory relationship with animals is unsustainable. The film asserts that co-existence of all species is the way forward for a world hurtling towards an ecological disaster. 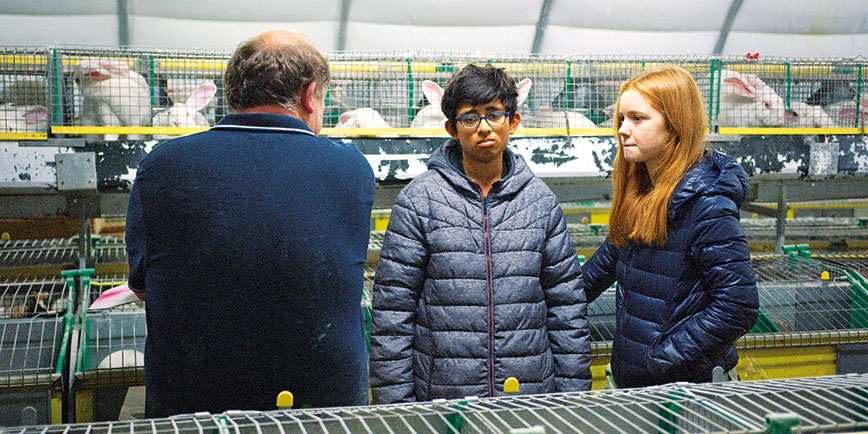 GFF, which had in its out of competition selection an array of films that played in the world’s top festivals, also had titles that showcased individuals struggling to come to terms with the loss of their old ways of life. Two such documentaries, both set in remote regions of Russia, stood out — Life of Ivanna and Ostrov-Lost Island.

Ostrov is an island in the Caspian Sea that was once the site of a thriving collective fishery. After the fall of the USSR, the farm was destroyed and black caviar extraction was banned. Ostrov’s population has since dwindled from 3000 to 50.

Ostrov-Lost Island, directed by Svetlana Rodina and Laurent Stoop, is the story of 50-year-old fisherman Ivan, who refuses to leave the only home he has ever known. He lives off illegal fishing because the island has no jobs. If he does not go out to sea he starves. But he is still proud of being a Russian — his love for his nation offsets the crushing misery of his life. The documentary is a sobering portrait of privation in a part of the world that has been left to fend for itself.

In Life of Ivanna, Guatemalan-born filmmaker Renato Borrayo Serrano, trains the spotlight on a 26-year-old nomadic reindeer herder in the Russian Arctic. The climate is changing and her reindeer are dying. Ivanna, a single mother of five, is forced to move to the city of Norilsk in Siberia. 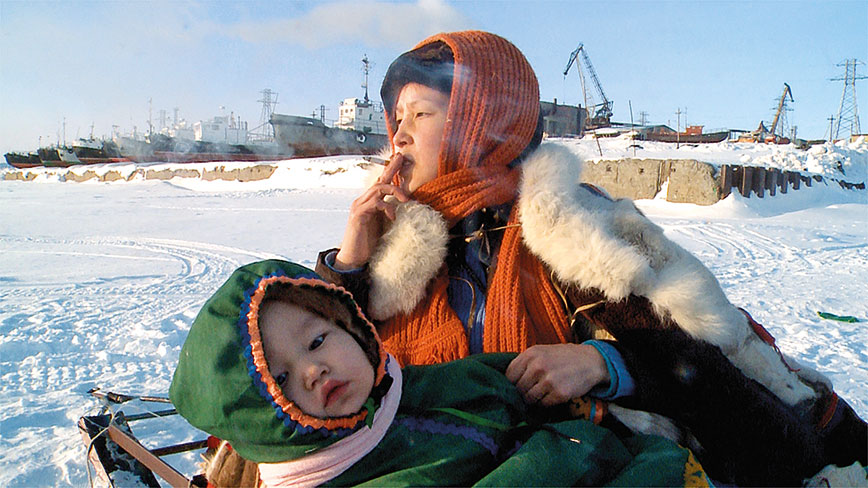 The film follows the Nemets woman for four years as she labours to make the transition from her life on the tundra to subsistence in a city. Ivanna is no pushover and despite the hardships she faces, the hardy young woman soldiers on. That is what director Serrano focuses on upfront in his film.

Ivanna’s story is told through letters written by her, which she herself reads aloud. An alcoholic, violent husband, the raging of the elements and the uncertainties of fate aggravate matters for her but Ivanna continues regardless. Life of Ivanna is an ode to tenacity. The beauty of the film lies in the nuanced manner in which it turns a singular story into a larger story of humanity.