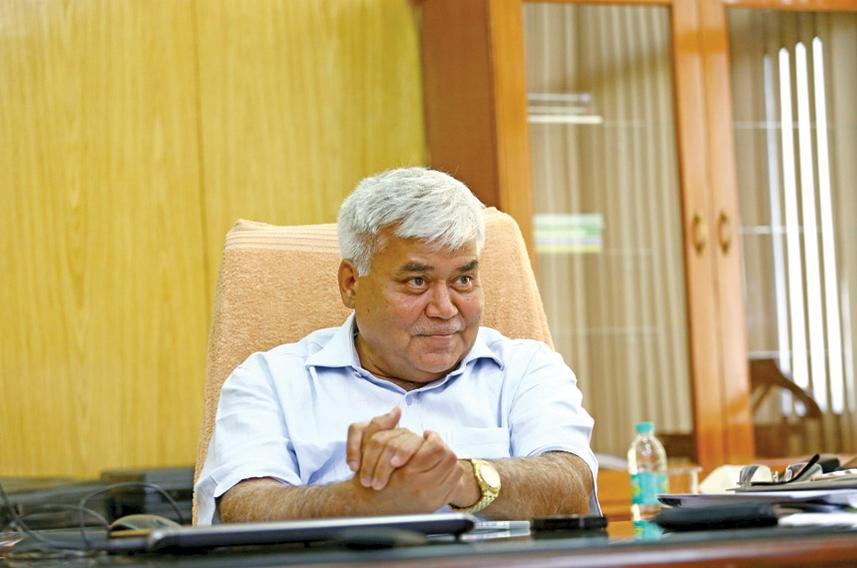 R.S. Sharma: 'Telcos must be agnostic to the content'

‘Govt has asked for advice on net neutrality’

Are net neutrality and discriminatory pricing of data on the Internet on their way back into the news?

Last year, the Save The Internet campaign succeeded in mobilising public opinion against Facebook’s Free Basics, saying it sought to exercise a stranglehold on access to the Internet.

Before that happened, the Reddit community took on Airtel Zero, which offered free access but charged hefty fees from Internet businesses like Flipkart for directing traffic to them. Such was the outcry among Internet users that Airtel Zero’s customers walked away.

At risk, the campaigners argued, was Internet freedom. If telecom companies became distributors, as has happened in television, they would control choice and the Internet would cease to be free space where people go where they please. In India especially, the Internet serves as a driver of empowerment and information. Excessive corporate control would be the beginning of the end of that role.

In February the Telecom Regulatory Authority of India (TRAI) ruled against discriminatory pricing of data or telecom companies making access to websites selectively free to drive traffic to chosen destinations.

But five months later, the telecom companies are back, insisting that they have a case and asking to be heard again. Simultaneously, the government is now drafting a policy on net neutrality and has sought the advice of TRAI.

The man in the middle of these developments has been the TRAI Chairman, R.S. Sharma, a former IAS officer of the Jharkhand cadre with impeccable credentials. Excerpts from an interview with Civil Society at the TRAI office in New Delhi:

Do we have a definition of net neutrality or are we still working towards it? What is the exact position?

When this issue of zero rating came up, we asked that it be held back. Then came Free Basics.  Facebook is not our regulated entity. Reliance Communications is, so we asked them to kindly hold it back. They were nice enough and agreed. We then decided to have a consultation on whether this kind of situation should be permitted or not.

We had three issues in that consultation. We did not use the words net neutrality at that time. The issues were, first, whether a telecom service provider should be allowed to charge differently on the basis of source, destination and content.

We also asked another question: whether we can have a telco-agnostic model where we could have subsidised or free data. Let’s say the government wants to promote a health website. Suppose we want to have a 108-type of situation where you can call without being charged.

Third, we asked if it would be possible to have such a model where the consumer is not being charged.

So this is the free-data platform.

This is the free-data platform. It was the third question in that consultation paper we brought out. Then, in our order, we decided differential pricing, which we called discriminatory pricing, should not be permitted.

Subsequently, the term net neutrality came up. We did not want to get into that debate because TRAI’s domain is tariff. So you can say, in a loose sense, we tackled net neutrality from a tariff perspective.

My broad understanding is that net neutrality has five components: the first three are source, destination and content, which we have dealt with. The other two issues, which are not really tariff-related and which we did not cover, are speed and throttle — you can speed up certain traffic and you can throttle certain traffic.

You mean, you slow down some websites and speed up some others?

Yes. The Government of India (GoI) referred the matter to us about three months ago. TRAI works broadly in three ways: first, we provide recommendations on the basis of advice being asked for by the government; second, we provide suo moto advice; third, we deal with tariff issues. There are other functions as well.

Is this meant to lead to a definition of net neutrality?

Yes, hopefully. This will also lead to a lot of clarity because I think the government is interested in bringing out a national policy. Since they have asked us for advice I presume the purpose is to figure out a broad policy perspective on net neutrality for the country as a whole.

We have done pre-consultation because we feel this is a very critical issue for our country and, therefore, we thought we should not leave out any aspects.

A consultative paper keeps asking questions. We wanted to be very comprehensive in terms of asking questions. Therefore, we added another stage of pre-consultation in which we thought we would call in the experts and take their views.

A lot of campaigning has taken place. There is the Save the Internet campaign.  By and large, what activists are saying is that the Internet should remain neutral space and it needs to remain a free market. Your tariff order seemed to endorse that. Do you think that is one possible definition of net neutrality?

The tariff order is accompanied by an explanatory memorandum. It provides all the reasons —technological, economic and social — as to why discriminatory tariffs should not be allowed. It touches on many aspects of the Internet being unique, of being a leveraging tool for our development and growth and why it should be the way it is.

Rajiv Chandrashekhar (an independent MP) has accused you of relying on slogans and ignoring facts, data and economics.

Well, Mr Chandrashekhar is free to have his views. Look, we can’t say we are the best in the world. We can’t say we are a storehouse of all relevant knowledge. He is right to the extent that every organisation, and certainly TRAI that regulates a space that is rapidly changing, needs to keep updating its knowledge, repositories and capabilities.

What are the dangers of zero rating in relation to a developing country like ours?

Let us not call it zero rating. It may be a specific instance of differential or discriminatory pricing. What it means is that if you can zero rate access to a particular website you can infinity rate another website.

Let’s take an example. Many telcos have now been given a licence to run payment banks. A telco could say that if you went to its website it would  zero rate you so that you would not have to pay anything for the transaction that you do or the data that you spend. But if you went to the website of India Post  —  which has also been given a licence for banking — the telco would charge you 20 times that value.  Then, effectively, what the telco would be doing is  killing the India Post website or application. India Post is not a service provider and does not have a pipe of its own.

This is one instance of how traffic can be directed to particular content and  affect business strategies.

Our view, which has been articulated in that regulation and memorandum, is that pipe and content must be kept separate. Telcos or pipe providers must be agnostic to the content.

You have said that when it comes to intranet you have nothing to say because it’s an intranet. But surely it’s not the same thing as an intranet in an office. It’s an intranet of a fairly large business so surely….

There are many business strategies. For example, I come from Jharkhand. We created a statewide area network that enabled government officers in Jharkhand to use IP telephony and access websites of the Jharkhand intranet. BSNL is the service provider. It is basically an arrangement between an organisation and BSNLand I cannot apply difference in pricing here. What we are saying is that if you are not going on to the Internet, if you are providing communication services within a closed electronic communication network, this should not come within the (purview) of  regulation.

Even though it could mean an entire state as in this case?

Sure, if it is the state government’s service which is being provided.

In the functioning of the regulator, commercial entities that have more strength, sophistication and expertise seem to have had disproportionate say compared to consumers. For ordinary people, the way the regulator functions is opaque. Is there room for democratising this space?

I think this is an interesting question. People talk of transparency. In my view, if there is one word which distinguishes TRAI as a regulator, it is transparency.

No, even earlier. Let me tell you this whole issue of consultation papers….

But who comes for the consultation?

That depends on who takes interest. One of the things I have experienced in my administrative life is that we need to have more involvement of common people in the whole process. Consultation should not be dominated by sector experts.

Telecom today has one billion customers. Unfortunately, the customer’s complaint is typically a small-value complaint. But there is a large number of complaints. So how do you evolve a quick system where you can provide justice to consumers even at those small values? This is a tricky question.

Take an over-billing issue. It could be a small sum but where do I go? Currently, I go to the telecom company. If I am dissatisfied with their response  they have their own appellate staff. You need to have an ombudsman or some other independent agency to handle that.

Can’t TRAI do it?

No, TRAI is debarred. We do not deal with individual complaints nor can our appellate body, TDSAT. It deals with a group of consumers. The (individual) consumer can go to the consumer court, but there too there are ambiguities. Filing the affidavit before the consumer court might cost more than the value of the complaint itself. So I think that a lot needs to be done in the area of grievance redress.

We have already written to the government, four to five years back, to have an ombudsman and create an institution to redress consumer grievances.