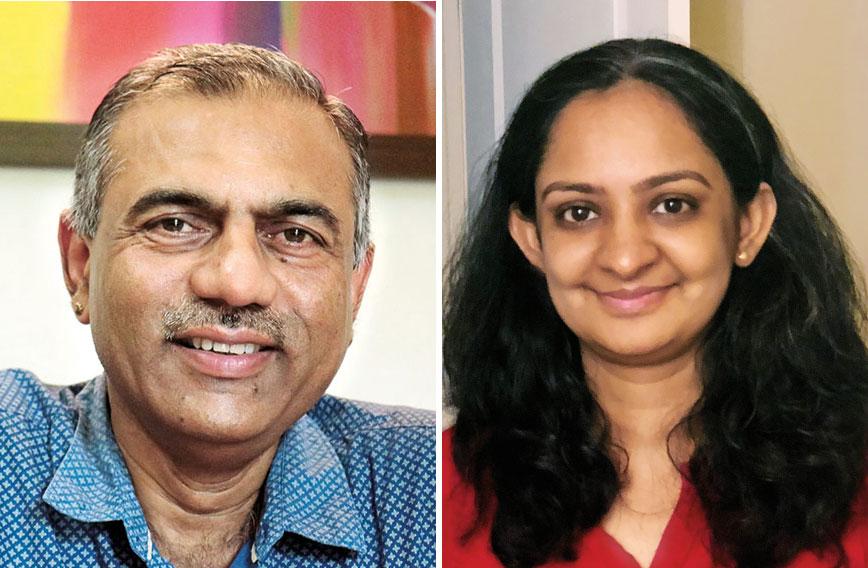 When millions of workers literally burst on to the scene during the sudden lockdown in India, the entire country was shocked by how vulnerable they seemed. They didn’t have housing, savings, healthcare and rights as employees. In their large numbers, they accounted for the majority of the workforce and yet there was no one to speak for them.

The lockdown was expected to be a watershed moment because of this unsettling experience. Going forward, it was hoped that labour laws would be rationalized so that they would be simpler for industry and also enhance the security of workers. Instead, the opposite seems to have happened with the emphasis being on hire and fire by industry and workers ending up more insecure.

Four Labour Codes have been passed: The Occupational Safety, Health and Working Conditions Code, the Industrial Relations Code, the Code on Social Security and the Wage Code, which was passed last year.

We spoke to Rajiv Khandelwal, co-founder and director, and Divya Varma, programme manager, policy and partnerships, of Aajeevika Bureau based in Rajasthan. They have for many years worked closely with migrant workers to get them their rights and have a deep understanding of their needs and expectations.

Do you think the new Labour Codes will improve employment as industry says it will?

R.K.: Categorically, no. What industry is happy about is that a significant part of its own constituency is being put out of the purview of regulation — by redefining what formalization means and by changing the potential for industrial action by making unions almost redundant.

It’s really very paradoxical that the Codes have been passed just when this migrant crisis
happened. At this time we needed pro-worker responses. What the Codes are doing is taking away very fundamental worker protection. Labour laws are not implemented very well, anyway. They don’t come in the way of industrial growth.

The Codes are an even sharper signal to industry to go ahead and  continue to do what they do with labour, but maybe with more impunity.

Would you agree that there is a need to rationalize these laws because they come in the way of industry running their businesses?

D.V.: Yes, I would agree there is a need to look at labour laws afresh. I think what is happening is that informality has been legalized. The fragmentation of value chains that used to happen earlier was off the record. Now it’s become officially mandated.

Regarding industry’s narrative of labour laws stymying growth, we have studied practices in China, Vietnam and other countries witnessing higher growth than India. The experience there is that they are achieving higher growth in spite of labour protection and security.

That’s because decisions guiding investments are based on variables like robustness of power supply, infrastructure, the road network, predictability of industrial policy, stability, law and order, and so on. Many other parameters are more important than labour welfare in deciding where investments should be made.

So the problem isn’t labour at all?

R.K.: In many industries, processes and production scenarios, the cost of labour is just seven to 10 percent. And, imagine, we are focusing on that alone as the major segment that needs to be reworked for industrial growth to take place.

Of course the multiplicity of labour laws should have been rationalized. There are  contradictory provisions in those laws that could have been streamlined. But the idea that labour laws are in the way of prosperity is a very, very mistaken one.

We need action on development, infrastructure, health, education, as a booster to the economy, not labour laws.

I mean, take any country in the world with a robust economy — China, Germany. They have very well-developed and strong labour laws. Labour is really looked after. If that is a marker of growth, then you need more labour protection, not less.

So when industry and government say that they have to compete with other emerging economies, you don’t buy that?

R.K.: We talk of being competitive because of our wage advantage, our cheap labour that makes the cost of our goods and services low. But take into account that many of these  other countries are able to invest in other aspects of worker welfare. In China, for instance,  even if wages are low, food, health and housing are taken care of. And that is what workers spend a large part of their income on.

In our country, low wages coupled with no housing, subsidized food or public healthcare makes us a very extractive economy. It doesn’t create any competitive advantage but hollows out our workforce.

And who are we competing with? Cambodia, Vietnam, Bangladesh. Look at their size and scale of problems. We can get away with low wages if public provisioning is existent. Provide this, then okay, pay people low wages.

D.V.: I think employment security will be affected by the new provision for fixed-term employment. It has been introduced to account for fluctuations in demand and supply of workers that industries face. So I get the business logic. But what it creates for workers is a vast sense of job insecurity. There is no provision to compensate them for periods when they don’t have any job.

The government is also keen to encourage small units to become large units. Will the Codes help this process?

R.K.: Industry prefers to work with a vast number of small units in its supply chain rather than with a large firm. Small units retain very thin margins. They are run by small-time employers who thrive in the supply chains of industry. In the manufacturing sector, industry prefers to work with smaller suppliers and vendors because larger suppliers will demand larger margins. So what is preventing smaller units from becoming larger are not labour laws but the structure of the market.

D.V.: There are no incentives for smaller firms. It’s not like if they register themselves they get access to more credit or logistic support. Why should they register? Right now they operate outside the scope of legality.

Is there anything in the Labour Codes which would help migrant workers?

D.V.: The Interstate Migrant Workmen (Regulation of Employment and Conditions of Service) Act, 1979, has now been subsumed by the Occupational Security and Health Code. It does mandate registration of migrant workers. The earlier law mandated registration of only those workers who moved with contractors. We know people migrate through their own social networks and with family. An important provision is that the Code stipulates that anyone who declares himself or herself a migrant worker can register under whatever machinery is set up for the purpose.

Although the PDS is not a matter of labour policy but of social policy, the Code still talks about portability of the PDS and that state governments should enable it. It’s also being conceptualized differently under the ‘one nation, one ration card’ scheme.

Also, the Code provides for a national toll-free helpline for migrant workers, that states have to set up. These are good developments under the Code.

Importantly, who is responsible for the machinery of registration has not been spelt out. The responsibility of principal employers and contractors and the different roles of source state and destination state are not delineated. Perhaps that will be come out in the rules.

We have seen how the Unorganized Workers’ Social Security Act, 2008,  remained on paper.
That too called for registration of unorganized sector workers but nothing happened.  None of the labour departments has a framework for its implementation.

The same thing can happen here if proper guidelines, role, clarity, division, accountability mechanisms are not clearly spelt out, though these provisions are good.

You already have the Building and Other Construction Workers’ Act (BOCW) but very few construction workers have been registered. What are the linkages with the Labour Codes?

D.V.: The BOCW Act has also been subsumed under the Occupational Safety, Health and Working Conditions Code. Registration has been made portable which is a good thing. The BOCW Act was landmark legislation. We will need to see how that plays out.

R.K.: The big risk is that the boards that have been set up under the BOCW Act can get subsumed. That money is meant for construction workers. It’s true the state boards are sitting on crores of rupees and there are problems about registering the right kind of people. But even before this issue could be sorted out at state level, the law is taking it away and incorporating it in larger legislation.

We are resisting this merger because this is a powerful security offering to construction workers, the largest segment of the workforce in the country. The states may be able to retain the boards but at central level that mandate has been taken away.

What would you have liked the Labour Codes to have focussed on?

R.K.: The Codes are very complex. Imagine bringing 40 laws as four. Since we work with migrant workers, we are most concerned about what the Codes offer to highly migration-sensitive industries. By raising the threshold to 50 workers for the applicability of several regulations we have done away with all kinds of protection and regulation for migrants. Most migrants are employed in smaller units. We would like that provision to be revisited. The only way to challenge it is to question its constitutionality since it is already a law.

Second, in the Occupational Safety, Health and Working Conditions Code standards of work that provide safety to workers have not been spelt out. Imagine a whole Code on safety with no universal standards of what safe work should be. We want that to be spelt out very, very clearly.

Third, there should be working hours, safety from injuries and toxic chemicals. Such parameters should be legislated. These have been excluded.

Fourth, a revival of the participatory process. The process of consultation in drafting the rules must include unions, labour organizations, people’s representatives. The tripartite process has not been invoked. The Indian Labour Congress whose recommendations are generally taken have been neglected.