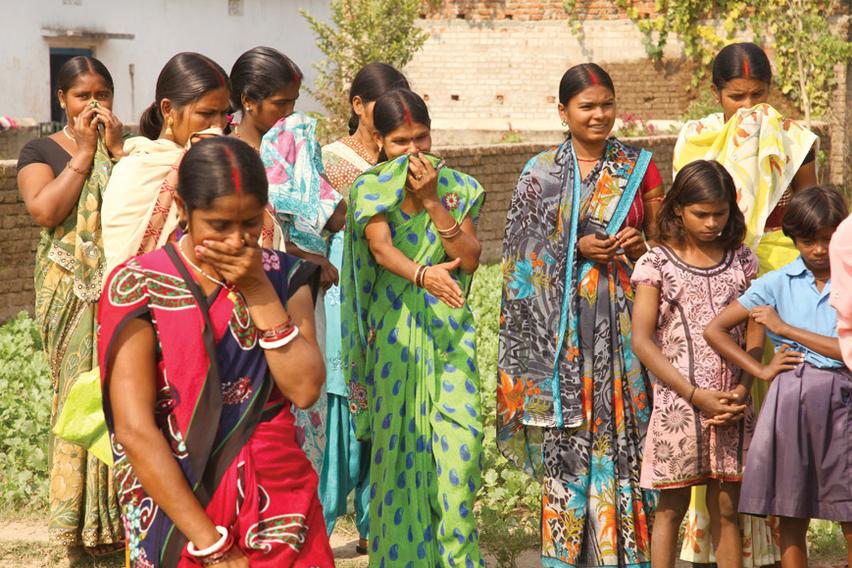 In 1999 Gita Devi constructed a toilet with funds from the central government’s Total Sanitation Campaign (TSC) in her marital home in Maner block of Patna district. Yet her entire family, including Gita, continued to defecate in the open. The toilet would be opened like a showpiece during special occasions such as marriages, festivals or for guests.

Family members frequently fell ill, especially in summer and during the monsoon. But it didn’t strike anybody that recurring illness was due to defecating in the open.

Years later, in 2011, a programme called Gram Varta (village dialogue) was started in Maner block by the state government under its ‘Sector Wide Approach to Strengthening Health (SWASTH)’ programme with support from the UK’s Department for International Development (DfID).

A series of 20 meetings was conducted with village women grouped into Self-Help Groups (SHGs). The SHG movement in Bihar has expanded considerably, helped along by the Women’s Development Corporation (WDC), the Bihar Rural Livelihoods Project (BRLP) and the Mahila Samakhya.

The meetings, called Participatory Action and Learning (PLA) in NGO jargon, used role play and storytelling to get the women to discuss and decide local social and economic issues in a friendly and frank manner. The idea was to help individuals, families and communities take better care of women, mothers and newborns.

The focus was on changing attitudes and increasing demand for better services in health, nutrition, water, sanitation and hygiene. The messages sent out, including by anganwadi workers and ASHAs working for the Integrated Child Development Services (ICDS) were simple, acceptable and consistent.

Gita, who took part in the Gram Varta on sanitation, was in for a shock. In one of the meetings, the women were asked to map open defecation sites in their village. The women gathered in an open area and brought along bright dry colours used for making the traditional rangoli. This, however, was a rangoli with a difference.

The women first drew a wide circle with white powder to show village boundaries.  Red depicted houses with toilets, green indicated fields and yellow was used to show where faeces lay in the open. It was a powerful visual that left everyone aghast — the yellow was overpowering. It showed that excreta was lying all around in the village!

The next meeting included an activity called Sharam Yatra (Walk of Shame). The women were asked to walk to the areas commonly used for defecation. Averting their eyes and covering their noses, the women gingerly walked to the spots. It was obvious that they were repulsed. What added to their discomfiture was the painful realisation that each one of them was responsible for the ghastly sight and the foul smell that emanated.

The yatra ended where mounds of excreta were rampant. The women used a string to depict a housefly and showed how the fly that sits on the excreta also sits on exposed food items. The complete cycle, beginning with open-air defecation and ending with unknowingly consuming one’s own faeces, was brought alive in a subsequent meeting.

The activity filled Gita with revulsion. She resolved to change her habits and her family’s. She shared her knowledge with them and made a spirited attempt to get them to use the toilet. Gram Varta had clearly worked.

Gram Varta can be easily integrated into SHG savings and loan programmes, thereby improving social and economic indicators. Such meetings do not require any infrastructure and neither are there any additional costs.

Gram Varta also complements the ICDS work by increasing demand for and use of services by women and the community.  The massive expansion of SHGs under the National Rural Livelihood Mission is an excellent opportunity to empower communities to seek better health and nutrition outcomes at low cost.