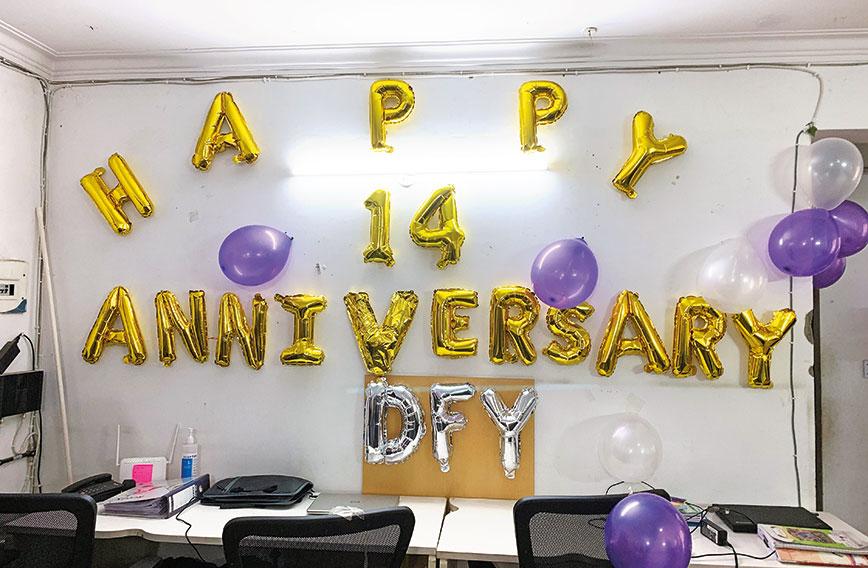 DFY is 14 and growing with many pretty cakes

ANNIVERSARIES come with their stories. So, when Doctors For You (DFY) completed 14 years in August with an emotional cake-cutting ceremony on Zoom, it was a birthday celebration and also a reminder of how far this group of public-spirited physicians has travelled.

In 2007, DFY was born in the hostel room of Dr Ravikant Singh, then a young and idealistic medical student in Mumbai. He had wanted to promote the donation of platelets during a particularly severe outbreak of dengue in the financial capital.

He went on to turn DFY into a team of doctors who would, at great risk to their lives, provide medical services during disasters.

And for this birthday celebration, teams joined the Zoom ceremony online from all over the country: Kashmir, Karnataka, Manipur, Kerala, Maharashtra, Odisha, Assam….

Its teams now work in some role or the other in 300 districts of the country and there are more than 3,500 people employed by DFY.

During the two recent waves of the coronavirus pandemic, when government services all but collapsed and private hospitals were overwhelmed, it was DFY which put its experience in handling disasters to good use by bringing in doctors and setting up beds where none existed.

In Delhi, for instance, banquet halls and the Commonwealth Games Stadium were transformed overnight into well-equipped facilities.  The capital’s biggest COVID-19 hospital, LNJP Hospital, was bolstered by DFY which brought in doctors and paramedical staff.

DFY has similarly worked to handle the pandemic with state governments across the country and built an awesome reputation among its partners and donors for putting in place infrastructure and teams of physicians and paramedical staff at short notice.

“I never thought we would ever become this big,” says Ravikant, who stepped down as president of DFY in 2017 and has further distanced himself from the outfit to work with the government to set up a cancer hospital at Muzaffarpur in Bihar.

Shy and self-effacing, Ravikant credits his colleagues in DFY and innumerable doctors who  have given their time to his cause for the outfit’s success. Chandrakant Patil is one who is always remembered, having died after being struck by lightning during the Bihar floods, the first big disaster that DFY showed up for.

Founders of civil society organizations in India are not known to walk away from their creations. But Ravikant didn’t want an organization centred around him. His decision to step down as president in 2017 was in keeping with the rules of DFY that no one can be president for more than 10 years. Leaving the organization completely was largely prompted by his urge to see others take over without being constrained by him being around and build systems perhaps better than he could. 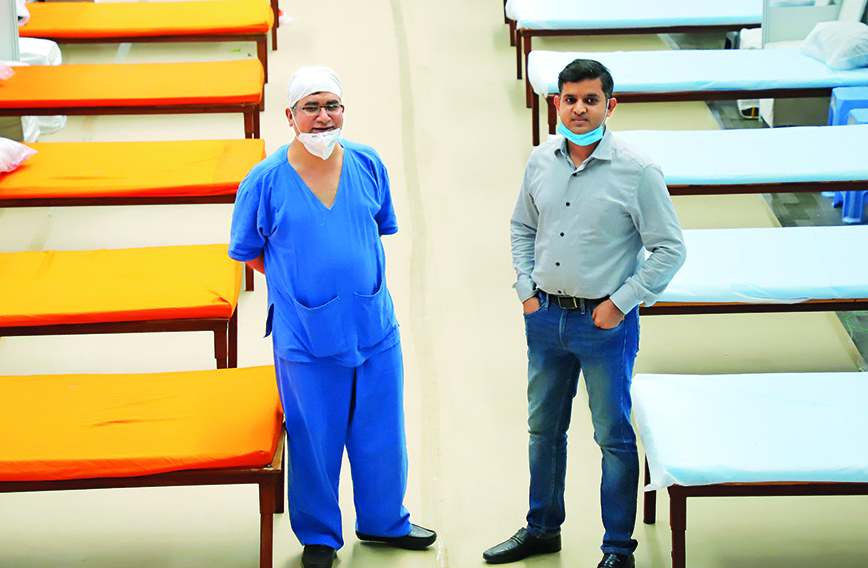 He found the perfect successor in Dr Rajat Jain who had been vice-president and had a natural flair for creating a structured organization with robust management systems.

DFY still has the idealism with which it was founded. It remains a young organization with a median age of 35. Dr Rajat Jain is just 38 and Ravikant is only 41 even as he withdraws and is available only in an advisory capacity.

Rajat as president of DFY is now focused on organization-building so that its energy and valuable experience in working on the ground during disasters is better utilized.

“Doctors For You has been doing fantastic work. There is no doubt about it,” says Rajat. “But if we are to cope with the huge responsibilities that are coming to us we need better systems and managerial structures.”

Rajat is a radiologist who studied at Maulana Azad Medical College in Delhi. He went to Canada for a post-doctoral fellowship, but came back to work in a private hospital and then teach at his alma mater.

He also has a successful career in teaching MBBS students online, but currently his day job is to run DFY and take it from being high on adrenalin to a more calibrated use of its many strengths.

“When I took over as president I found that we were doing a lot of things at ground level which I was always proud of, but things were somewhat inadequately organized,” he says.

“So my major focus was to make things more organized and structured. The kind of work DFY had done since 2007 was always inspirational. But one person would be doing multiple things. Someone could be doing something and then would suddenly give it up to take up another piece of work that had been accorded priority,” he explains.

“As I put a structure in place, we were able to build a second tier of leadership. Earlier, what was happening was that either Ravikant was taking all the decisions or I was. During the pandemic the single most important thing that has happened is that others in the organization have started taking ownership,” he says.

As people have started taking responsibility, it has been possible for DFY to scale up and respond not just faster but in a more organized way.

“Previously, Ravikant would take a decision that we had to respond to a situation in Kashmir. An order would be issued to move 10 people to Kashmir. The work done on the ground was out of this world. But what I have done is to identify a second-tier leadership which could decide what the response of DFY should be. And rather than shifting staff from one project to the next I have created staff at the next place so that the project underway doesn’t suffer,” Rajat explains.

The need for systems has grown with the number of people DFY employs. It pays salaries to 3,500 people, which is a 10-fold increase over pre-COVID-19 times.

There are 260 vaccination teams that account  for about 1,600 people. There are 600 doctors, around 1,200 nurses and the rest are paramedical staff.

DFY has always attracted doctors who want to volunteer. There continue to be those who come for one or two weeks or maybe a month.

“Then there are doctors who are joining us on short-term contracts for a four-month period for a specific project. We pay them a salary and they work with us in an organized manner till the project is over,” says Rajat.

“In the pandemic I have preferred doctors whom we pay because I realized that what I needed was more accountability. If I am organizing a camp, I can delay the camp if volunteers don’t show up. But if I am managing a COVID-19 centre or a vaccination drive I need a commitment because the government needs a commitment from us,” he says. 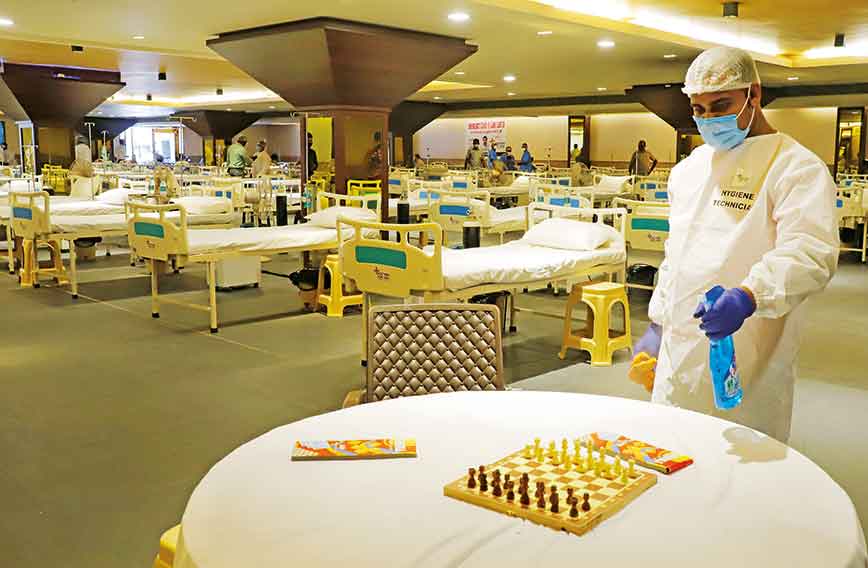 “I am very passionate about creating a structure. I realized that what DFY needed was a structure. I sat with several of my colleagues and we decided that the best thing would be to bifurcate the top management into ground implementation and administration,” recalls Rajat.

“For every project I have created a director. We don’t have an all-India post of a vice-president. We have separate directors in charge of skill development, COVID-19 response,  vaccination,  public health, disaster management, finance and human resources,” he explains.

Has DFY crossed into a new zone? Is all this structure good for it? Or is passion and chaos its real lifeblood? Right now the better systems are working and perhaps on its 14th birthday DFY is a good example of what growing up is all about.