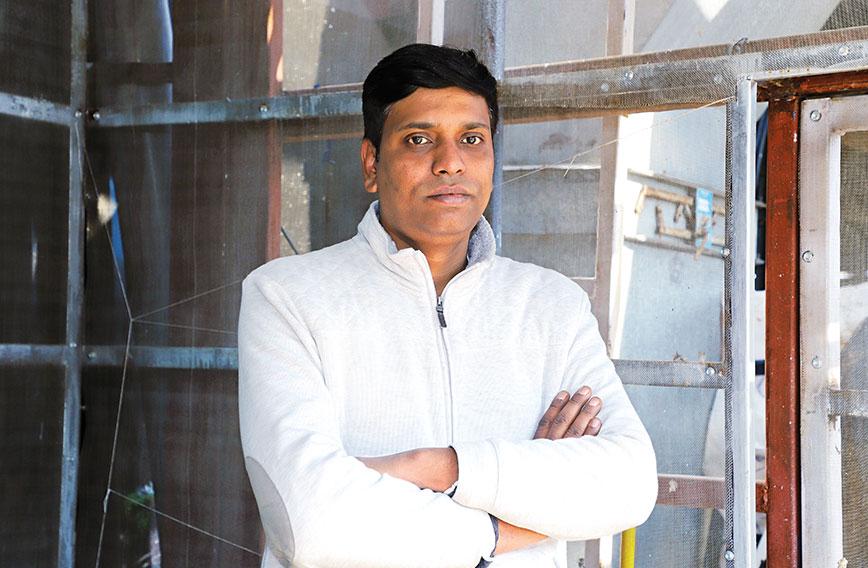 Sitting in a coffee shop in Dwarka, Jayant Singh, 40, shows a video on his phone. It is a recording of doctors and medical staff inside an Intensive Care Unit (ICU) wearing no protective gear as they discuss where to shift patients. The standard protocol for staff in ICUs is that they must wear caps, closed shoes and masks since most patients in an ICU are at maximum risk of infection.

In the ICU at this particular hospital was Singh’s mother, who had undergone knee surgery. She recovered. But just a year earlier, in 2017, Singh was devastated when his daughter died of dengue at Fortis Hospital in Gurugram. He was presented a bill of Rs 15,59,322.

Singh went public with his daughter’s death and the bill, alleging gross medical negligence, which the hospital contested. Singh thereafter dedicated himself to campaigning for patients’ rights and gave up his job as an IT professional to be able to do this.

When this correspondent met him in January, he was all set to embark on a six-week national campaign to create awareness about the Charter of Patients' Rights, which has been drafted but has not been adopted.

Currently, hospitals are accredited to the National Accreditation Board for Hospitals & Healthcare Providers (NABH), but cases of negligence are not uncommon. Seeking justice is tough. Traumatised by their experiences in hospitals, victims of such negligence are in no position to grapple with steep lawyer fees, red tape, and lengthy court processes. Most of them eventually give up and decide their only course of action is to settle with the hospitals.

Singh has formed the All-India Patients’ Rights Group which seeks to bring together people who have faced medical negligence and malpractice. “Nobody listens to individual patients when they come forward. The government has always brushed their cases away as single one-off cases. I’ve been gathering all these people and their stories as proof that they are not one-off cases but a consistent pattern of neglect and bringing this to the attention of the government,” says Singh.

An investigation by the National Pharmaceutical Pricing Authority (NPPA) revealed that private hospitals were making profits upto as much as 1737 percent on medication, consumables and diagnostic services.

In 2018, the National Human Rights Commission (NHRC) and the Jan Swasthya Abhiyan (JSA), a network of public health activists, drafted the Charter of Patients' Rights, drawing on the Constitution of India, international healthcare charters and national healthcare guidelines.

A draft of the charter is on the Ministry of Health and Family Welfare (MoHFW) website since August 2018. The ministry invited comments until September 2018. “The MoHFW sought inputs from various groups but four months have elapsed and the government has still not moved forward,” says Dr Abhay Shukla, a core member of the NHRC and of the JSA.

The JSA is demanding immediate implementation of the charter without any dilution “to stop loss of health and of lives”. At a press conference in Delhi on January 29, the JSA issued a press release which said: “If the charter is not adopted before the Lok Sabha elections then a large-scale campaign will be taken up by JSA to demand this as an electoral issue.”

Activists feel that the private medical sector has been stymying the charter. It is because of this it hasn’t been implemented, they say.

“Some private medical sector lobbies are trying to put pressure on the government to dilute this charter or add several burdensome responsibilities on patients which may not be appropriate,” alleges Dr Shukla.

Time and again, the private medical sector has thwarted the efforts of citizens and governments to bring in regulation that would ensure patients get quality care at reasonable prices.

In 2017, the Karnataka government proposed an amendment to the Karnataka Private Medical Establishments Act of 2007 to bring private medical establishments under the purview of the government. Under this amendment, the government could fix the rates for each class of treatment, provide a grievance redressal system, put a stop to the practice of demanding advance payment for emergency treatment and not releasing the bodies of relatives till all dues were settled. These provisions led to huge protests by doctors across Karnataka. The amendment was eventually diluted and passed in November 2017 after it dropped a jail-term clause for doctors. It doesn’t bring private medical establishments under the purview of the state.

In 2010, the central government had passed the Clinical Establishments (Registration and Regulation) Act (CEA), which is applicable to all types of private and public medical establishments. The Act was at first adopted in four states — Arunachal Pradesh, Himachal Pradesh, Mizoram, Sikkim — and all Union Territories. Under this law all medical establishments in a state must be registered and adhere to certain minimum standards of facilities and services.

The rules were passed in 2012. Since then 14 states have adopted the CEA but they have not enforced it. Since health comes under the purview of the states, it is up to individual states to ensure the law is implemented. Activists say that states are succumbing to pressure from the private medical sector.

In fact, back in 2010, when the CEA was being passed, JSA activists had pointed out that the law did not take into account the rights of patients. In some places, like Tamil Nadu, the CEA serves only as a registration Act. “It’s been diluted to the point where there is no mention of patients at all, especially in private hospitals. The CEA could have been a great opportunity to establish the rights of patients in private hospitals,” says Ameer Khan, a member of JSA in Tamil Nadu.

“We’re asking for the Charter of Patients' Rights to be adopted and the CEA to be implemented because both these together would form an effective framework to protect the rights of patients,” says Dr Shukla.

The charter assumes even more significance because of the central government’s Ayushman Bharat scheme which provides `5 lakh per family per year for secondary and tertiary care hospitalisation for 10 crore poor and vulnerable families. Most of the people seeking medical care under this scheme are being admitted into empanelled private hospitals. How much are these hospitals charging and what is the level of care? There is no oversight. Implementation of the charter at this time would give some heft to patients’ rights.

Public health activists also point out that there is no strong institution to license and monitor the ethical behaviour and practices of doctors. In September last year, the governing body of the Medical Council of India was dissolved and replaced by a Board of Governors after multiple allegations of corruption and unethical practices emerged.

While the government seems to have taken a step in the right direction by introducing the National Medical Commission Bill, which seeks to create a government body dedicated to regulating medical education and practice across India and creating State Medical Councils, only time will tell how effective such an institution would be.