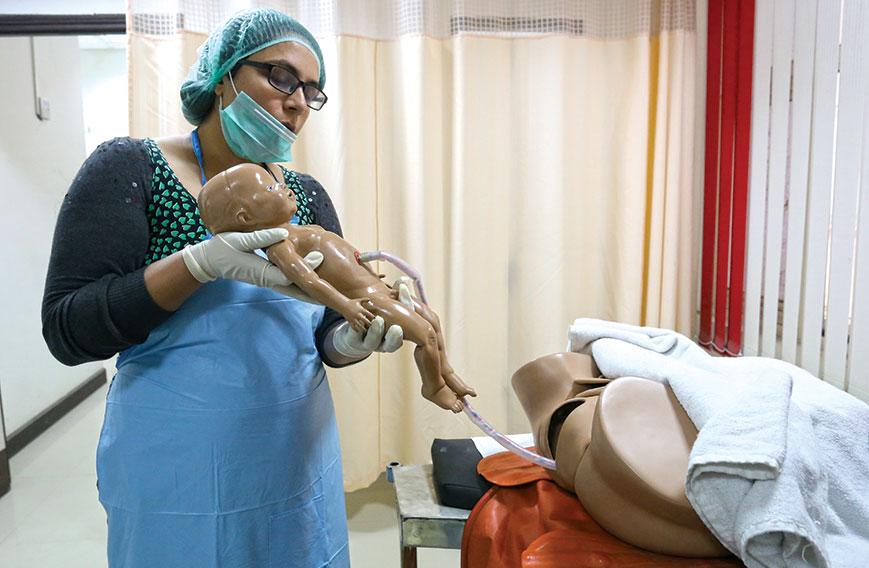 Cadre for midwives to give them status

Public health experts, nurses and NGOs working in women and child health programmes are keen that the government create a special cadre of nurse-midwives for rural India. The midwives should be trained, adequately paid and have a clear role.

Although maternal mortality is declining in India, 44,000 women still die every year during pregnancy and childbirth. This accounts for 15 percent of global maternal deaths. Half the women who die in India are under the age of 21.

“If  a cadre of trained nurse-midwives is created maternal and infant mortality rates will come down. Doctors are not always available,” says Evelyn P. Kannan, secretary-general of the Trained Nurses’ Association of India (TNAI).

Only 10-15 percent of high-risk women need referral by midwives for emergency care and specialist interventions, says Dr Leila Caleb Varkey, a  public health researcher and senior adviser at Centre for Catalysing Change. “Evidence has shown that around 85 percent of the time women can go through labour with support from skilled hands, without needing medical or surgical intervention,” she says.

“During my training at the Christian Fellowship Hospital at Oddanchatram  in interior Tamil Nadu, nurses independently conducted every delivery  and doctors were called in only for emergencies. We were completely involved in the entire antenatal, intra-natal and postnatal process,” says Kannan.

But as things stand there is no exclusive course for midwives. It is tagged  with nursing courses like Auxiliary Nurse Midwife (ANM), Diploma in General Nursing and Midwifery, B.Sc (Hons) Nursing, Post Basic Nursing and a one-year diploma programme called Nurse Practitioners in Midwifery. 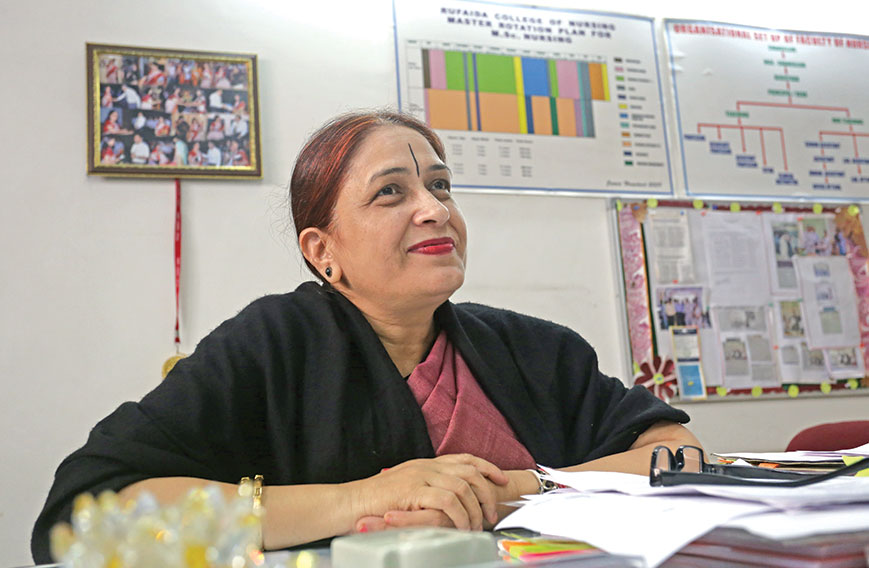 As a result, students don’t get hands-on training, says Professor Manju Chhugani, principal of Rufaida College of Nursing, Jamia Hamdard in New Delhi. At best, after completion of the four-year diploma or graduate course in nursing a dual certification as Registered Nurse, Registered Midwife is given.

The other issue confronting public health experts, nurses and NGOs asking for a separate cadre is the low status of midwives. They are seen as dais and the word dai is regarded as a pejorative.

The government no longer recognises dais as health providers although they play an important role in slums and rural areas. But even a well-trained Registered Nurse, Registered Midwife, has shaky standing  in society.  Most are treated as mere appendages of doctors, whereas they could perform far larger roles.  In fact, Kannan says that  it should be mandatory for every normal delivery  to be conducted by a  nurse-midwife. To enable this, a better nurse-to-patient ratio, adequate hands-on training and logistic support should be put in place. 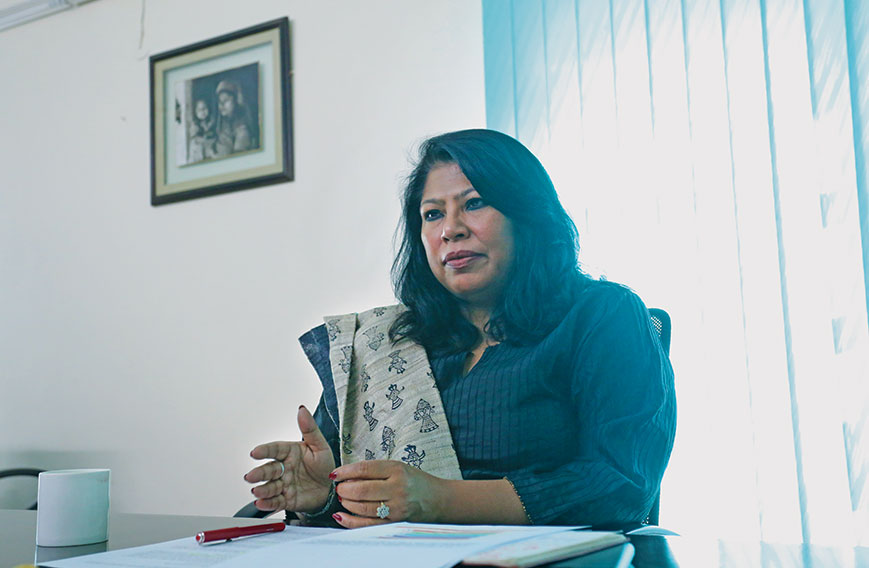 At the grassroots, ANMs do the job of midwives. They were originally supposed to conduct normal births not only in homes but at government health sub-centres. If the delivery looked like it would be a complicated one the ANM’s job was to refer the woman to a primary health centre. But over the years it was found that most sub-centres were ill- equipped for basic deliveries. “We have been around in the field and found that in the sub-centres there aren’t even basics,  like electricity or water,”  says Dr Aparajita Gogoi, executive director of Centre for Catalysing Change and national coordinator  for White Ribbon Alliance India (WRAI), which works  in the field of maternal health.

Moreover, until 2005, ANMs were not allowed to initiate simple life saving procedures before referral to higher levels of care. After arduous lobbying with the Ministry of Health and Family Welfare, civil society organisations like WHO and WRAI were able to get regulations changed.

Now, after completing what activists says is a questionable  21-days in Skill Birth Attendant (SBA)  training,  ANMs can give antenatal, intra-natal and postnatal care like immunisation. To induce labour or for management of post partum haemorrhage  they can administer oxytocin injections, manage eclampsia with a first dose of magnesium sulphate, help resuscitate women, administer intravenous fluids  and accompany women to higher health facilities.

“But the ANM ends up spending just 12 percent of her time in midwifery,” says Gogoi.  A lot of her time goes into immunisation, family planning, paperwork like maintaining records and reports and village health nutrition. So her additional role as a multipurpose healthcare worker dilutes her role in providing maternal and child healthcare.

”What we are calling for is better skills, better capacity building and standards. We would also like midwives to have the skills and the rights to do more than what they are doing at present,” says Gogoi.

Chuggani is convinced that the plight of midwives can be improved by starting  a separate cadre of midwives who have more status in society. This can be achieved by upgrading their financial status, providing clarity to their work, creating separate positions for them and improving career opportunities, she says.

The National Rural Health Mission (NRHM), now under the National Health Mission, was launched in 2005 to  address the health needs of underserved rural areas. One of its  initiatives was the appointment of Accredited Social Health Workers (ASHAs)  who would link  the community  with the public healthcare system. The frontline ASHAs are an additional support system to the ANMs as they  mobilise communities and spread awareness of safe  maternal and child healthcare practices.

Likewise with the appointment of a second contractual ANM, some of the load  has been taken off the permanently appointed ANM at the sub-centre.

However, Varkey says, “The ad hoc positions and short-term training provided by the NRHM has, in some cases, delayed the long-term solution of a formal trained and recognised cadre of midwives.”

There has been some headway in training. Under the National Health Mission, the Ministry of Health & Family Welfare in collaboration with the Liverpool School of Tropical Medicine has set up Daksh Skills Labs in five states to provide a six-day refresher training course to master trainers and health professionals.

The Skills Lab has mannequins and equipment to enable the acquisition of hands-on clinical skills. One of the important features of the lab is a  simulation centre to demonstrate best  practices in carrying out safe deliveries, emergency and neonatal care and  the administration of  intra uterine contraceptive devices.

On a visit to Jamia Hamdard that hosts one of the five national-level skills labs in Delhi and the National Capital Region, Dr Asmita Acharya, master trainer of the lab, is hard at work to test and evaluate the skills of  a mixed group of ANMs, staff nurses and health providers.

She uses mannequins and a simulated labour room to evaluate just how much they have learnt over their six-day training. “Simulation helps to develop our group’s confidence in being able to carry out important procedures independently particularly when they are working  and need to develop clinical skills,” says Acharya.