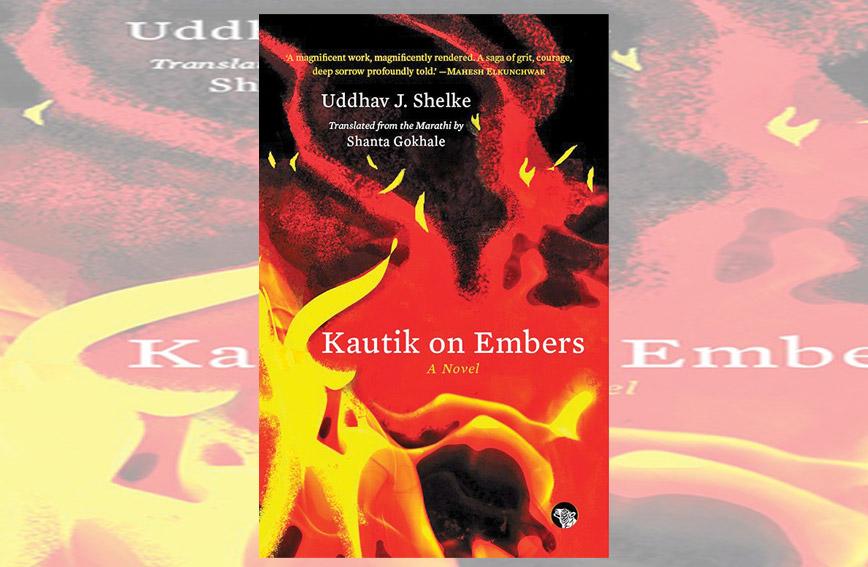 Story of a Dalit woman

Kautik on Embers is about life in a village in Umravati district of Vidarbha, infamous for farmer suicides. The novel became a classic when Uddhav J. Shelke first published it as Dhag in 1960. The story seems timeless. In fact, leafing through the book one hardly misses the lack of references to telephones and electricity that are now found in the remotest of villages. Shanta Gokhale’s seamless translation opens up its reach to a wider audience.

Kautik is a woman walking on hot coals. Her husband, Mahadev, suddenly appears disinclined to earn an income and her son, Bhima, seems to follow in his father’s footsteps. Kautik has married into a family of tailors, a low caste, though not the lowest of the low. Madhav’s impulses make it more and more difficult for her to buy a few vegetables to go with the bhakri she feeds her children. Though they move to her father-in-law’s home from their village, Telegaon, things do not improve. Madhav decides to give up tailoring for daily labour, weeding fields and picking grain, but finds his caste pride getting in the way of menial work.

The pregnant Kautik decides that two pairs of hands are better than one and begins to work, only to discover that she is the one determined to keep the family going, sometimes to the extent of feeding her newborn daughter, Yasodi, opium to keep her asleep so she can work in the fields. For her, caste doesn’t matter — it is an issue of survival. She is friends with Muslims, drinks water in their homes and is willing to support her younger son, Nama, who is good at studies despite the odds.

In villages across the country, women remain the breadwinners, saddled with dysfunctional husbands. Most of them struggle to hold their homes together with grit and determination in the face of overwhelming odds. Kautik on Embers is filled with the daily jostling and discrimination that village life entails, especially for those at the bottom of the pyramid. For watchers of soaps and serials, there are the expected jealousies and kindnesses, a miserly father-in-law, a schoolteacher with a heart of gold.

Shelke’s style is terse and Gokhale has managed to retain it as sentence follows sentence in rapid-fire sequence. Presumably, the terseness was used to bring out Kautik’s uneasy fight against life and her family. Though Gokhale is worried about how Kautik might sound in English and raises the usual issues of how life does not translate into another language, the basic message of the novel comes across. After all, hard times and scraping together a living are common across cultures — with or without caste issues to complicate matters.

What stands out is Kautik’s determination to fight on, a kind of Scarlett O’Hara ‘tomorrow is another day’ stance which she passes on to Nama. The gloom is never too overwhelming even though it threatens to be.

Ultimately, novels like these are a call to action but determining what that action should be
is difficult, given the state of rural India and its varied issues. n