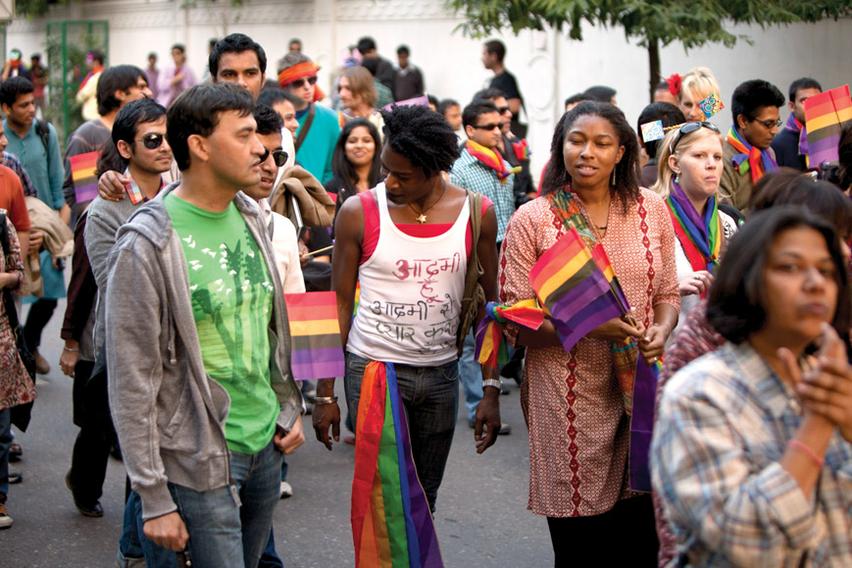 Being queer isn’t an illness

For most members of the queer community, their interface with the medical community is distressful. Middle-class families invariably think being gay, lesbian or transgender is some kind of disease. The doctor is the answer. There is a cure. Their hapless family member, who says he is gay, is marched off to a doctor.

Instead of receiving sound advice, the doctor invariably offers ‘treatment’ that will convert their family member into being ‘straight’. Nobody sees the reality, that this is just not possible. The manner in which the LGBT community is sometimes treated is downright humiliating and inhuman.

Neither the Indian Council of Medical Research nor the Association of Indian Psychiatrists has till date issued treatment protocols or guidelines spelling out how doctors should work with the LGBT community and what the rules of engagement should be.

Nothing to Fix: Medicalisation of Sexual Orientation and Gender Identity is therefore an important book. It is an in-depth and critical analysis of the experiences that the queer community faces at the hands of the medical community. The authors also suggest ways and means of changing mindsets.

Both Vinay Chandran and Arvind Narrain have years of experience and the right sensitivity in handling such issues. Chandran is a counsellor and executive director of Swabhava Trust in Bengaluru, an NGO working on issues related to the LGBT community. He has set up a helpline called Sahaya, organised support services for the LGBT community and provided training to those keen to work with the community. He has also worked with state AIDS prevention organisations.

Narrain is an advocate and founder-member of Alternative Law Forum in Bengaluru. He has written several books on alternative sexuality such as Queer: Despised Sexuality, Law and Social Change. He was one of the team of lawyers representing those who challenged Section 377 in the Delhi High Court and Supreme Court.

Civil Society spoke to Vinay Chandran on their important  book.

Why has there been such a long silence about how the medical community treats the LGBT community? This is known but rarely talked about publicly or in the media.

I wouldn’t say that there’s been a long silence. If anything, the voices against discrimination in the medical sector have been increasing over the last two decades. The louder silence is within the medical sector itself which doesn’t debate attitudes around gender and sexuality as much as they ought to. But these silences have deep roots in the sexist and heterosexist attitudes within society.

We have seen, through our research, that medical practice doesn’t exist in a vacuum. It is heavily influenced by social perceptions, personal belief systems and misconceptions of gender and sexuality. I know that the media occasionally raises concerns about discrimination by medical professionals particularly around how transgender individuals are treated within medical spaces and, rarely, when ‘treatment’ is offered to LGBT individuals in lieu of support and empowerment.

I believe that there has been an abdication of responsibility by these professionals who are not only healthcare experts but, whether they like it or not, social change agents. I feel that they cannot ignore concerns around human rights, dignity, personal freedoms or choices, and cater to a moral majority that treats a large chunk of the population as devoid of any of these concerns.

What sparked the idea of a book?

We were both working together on a brief study looking at responses from medical professionals providing treatment to those of a different sexual orientation. The paper that emerged from this study (supported by SARAI, Delhi) went through a couple of iterations like strengthening the literature section and looking for academic data on conversion therapy, etc — especially after presentations before the Karnataka Association of Clinical Psychologists, and at other meetings and conferences.

While the original idea of the study was to examine the intersection of medicine, law and society, the powerful nature of the engagement between medicine and the LGBT community, particularly where conversion therapy was concerned, was important to acknowledge. Added to that, we collected narratives from gay people on their experiences of being ‘treated’ in order to ‘convert’ them from being gay to straight, and our efforts focused automatically to enrich the study and seek more work around it. Thus the idea of the book was born.

You have brought together experts in medicine, law and human rights to present a comprehensive picture. How were the experts and the issues they would analyse identified for the book?

We were fortunate that, over the years from when we first started putting this collection of papers together, several mental health professionals and activists or peer counsellors from within the LGBT community had begun to identify or had started writing about the issues that we raised. We invited several of them to submit their papers and also got a couple of them to actively conduct studies, specifically for our book. Almost all the authors in the collection have had a significant amount of experience working with the LGBT community, in the context of medicine or law.

Would you recommend a ban on treatments and cures offered to people who are homosexual or lesbian?

The practice of aversion and conversion therapy as a form of ‘treatment’ or ‘cure’ for LGBT people is unfortunately still an option provided to clients in India. While the International Classification of Diseases, put together by the World Health Organisation (WHO) and used by a majority of health practitioners in India, is already on its way to removing differing sexual orientations as a criterion for treatment, and more and more medical curricula in colleges address the changes that have occurred around the world on LGBT rights, there is still a significant gap between those who teach these values and those who practise them.

Simply banning these treatments cannot be the only goal. There has to be active engagement with medical professionals around the country to help them understand the long-term disastrous impact that such treatments have on LGBT people. Teaching ethical practice is as important as teaching medicine.

Does the LGBT community have specific medical needs?

The danger of medicalising or pathologising an entire community is that specific needs are overlooked. Every aspect of their health becomes identified with their gender identity or sexual orientation and treatments ignore underlying causes like social ostracisation or oppression, discrimination from within family or workplace and so on.

Depression owing to external oppression, fear and guilt of leading double lives, risk-taking behaviour, and self-harm are each a direct result of the stress of being LGBT in a homophobic/transphobic world. These have to be addressed specifically as well as awareness on LGBT issues increased in society.

Why have formal medical protocols not been developed for the LGBT community?

Conversations around gender and sexuality within the medical profession only appeared when HIV and AIDS became associated with high-risk sexual behaviour. Protocols developed in this sector addressed certain areas of mental health and general health. NGOs helped gain even more empathetic responses through their work. But a generic understanding of LGBT issues and addressing the lacunae of ethical and practice protocols in medical curricula still has a long way to go.

If a person from the LGBT community is wrongly treated by a doctor or humiliated, is it possible to get justice? Or does one have to wait for Section 377 to be removed?

Medical professionals whose personal practice is influenced by the moral majority are unlikely to change the way they work with LGBT clients, regardless of whether the law changes or not. The only way to ensure justice in these instances is to empower the client through creating support systems or support groups that help improve confidence levels and make the client comfortable and actively seek legal redressal where discrimination is experienced. But even a change in Section 377 is not automatically going to remove prejudice, either in society or in the medical profession. Until the journeys of gender and sexuality are seen as being separate from those of marriage and heterosexist conformity, the road ahead is long and winding.