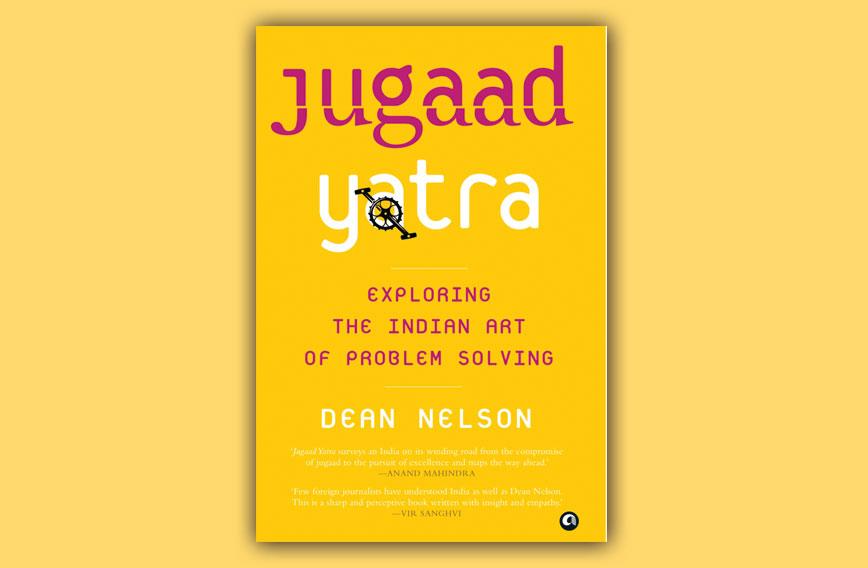 Jugaad’s great, but comes with limitations

Jugaad has come to stand for a distinctive Indian way of finding solutions driven by the need to be frugal while relying on an inherent innovativeness. Such no-frills solutions have readily cut corners, disregarded aesthetics and been unconcerned about seeking excellence. With such a rough and ready approach, innovators of jugaad solutions have been least concerned about either establishing their own intellectual property rights or infringing on others.

It is therefore natural that jugaad solutions go only up to a point. The book, Jugaad Yatra,  explores their limitations and flaws, and points the way forward. An example cited is that of Dharmveer Kamboji, whose rags to riches journey took him from being a low-caste farmer from Haryana pedalling a cycle rickshaw in Old Delhi to being the innovator of a multipurpose fruit processor. “I pick cheap things, things not useful to others to make that device…. Right from my first gadget I tried to use simple and easily available items which would be used in place of regular machines. These were jugaads, innovations,” he says, and then outlines the path ahead by adding, “but with time I have been developing proper machinery, after thorough research and ideation.” 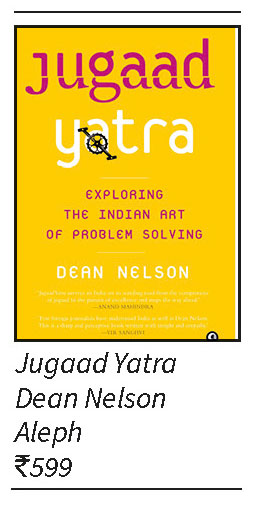 Author Dean Nelson divides Indian jugaad innovators into two kinds. The first, from the grassroots, like Kamboji, are clubbed under “Swadeshi R&D”. He, along with innovators like Arunachalam Muruganantham, the inventor of the low-cost sanitary pad-making machine, “highlight a caring selfless side of the country motivated by ideas of community and service”. Professor Anil Gupta, formerly of IIM Ahmedabad, who through Honey Bee Network has tracked grassroots Indian innovation, finds an uplifting altruism behind each project, the innovators being more socially than financially motivated.

The other Indian innovators are clubbed under the label “Crorepatis: The jugaad guide to making billions” and feature prominent Indian businessmen like K. Modi, Gopichand Hinduja and Kunwer Sachdev of Su-Kam Power Systems fame. Modi defines the group by describing himself as a “jugaad person” who will find a solution by any means after professional managers have thrown up their hands. His own defining moment came when he bought a cigarette business without knowing the business at all and then eventually saved the day by finding a tax loophole which gave the business a breather of a few months, enabling it to remain afloat and survive.

Another jugaad solution narrated is one delivered by the Hindujas. A severe shortage of onions and potatoes took place in Iran, shooting prices skywards and becoming a political challenge for the Shah of Iran. The Hindujas realised that, coincidentally, there was a glut of both commodities in north India and a lot of irate farmers. The challenge was to transport the produce from north India to Iran. It had to go in trucks across Pakistan, which would not allow Indian drivers in. (What if there were spies?) Eventually, drivers were brought from countries like South Korea, the produce was transported, prices came back to normal in Iran and the Hindujas picked up the laurels.

Modi describes this group as consummate risk-takers. The only problem with stories highlighting such successes is that they tend to undermine the role of professional managers.

One businessman who will have nothing to do with jugaad solutions and will go by the book in running his businesses on the basis of research and careful planning is Anand Mahindra whose empire stretches across automobiles to information technology. To him, jugaad is a moral thread to India’s development.

One problem with celebrating jugaad is not worrying about “excellence” and this is examined in a chapter titled “For most Indians 70 per cent is good enough”. This is illustrated in detail by Aakash, touted as India’s Pound 22 i-Pad which turned out a fiasco. The simple point is it worked but was not fully ready. This gave many Indian products “roughness and ugliness”. Attention to detail, finesse and aesthetics is missing.

In a subsequent chapter titled “Bad jugaad” the author dwells in detail on the regulatory setbacks India’s leading pharmaceutical exporters to developed markets have faced when their facilities have been found lacking in good manufacturing practices and truthful recording of data.

There is also a detailed examination of the poor account that India gave of itself by being unprepared for the 2010 Commonwealth Games. This has been attributed by the former comptroller & auditor-general (CAG), Vinod Rai, to corruption and shoddiness which reflected the hold that jugaad had over the Indian mindset. It needs to be banished and replaced by a habit of excellence.

Nelson follows this up with three detailed bits of reporting. One is on the degradation of India’s rivers, pegged on his visit to the Kumbh Mela in 2013. He quotes a leading Hindu sadhu as saying, “Water is dirty, Ganga is pure” to ask if the ability to see purity in filth made people believe the river did not need protection. The second is the kind of safety and driving conditions that he has observed while driving on an annual holiday from Delhi to Kullu in Himachal Pradesh. The third is on the state of India’s cities, based on how Delhi is being ravaged by the cutting of corners by both senior civil servants in their Lutyens bungalows and lesser mortals constructing illegally.

Nelson has reported out of India for 10 years for two leading western newspapers and the book, which incorporates interviews with a galaxy of people who should know, is an example for aspiring journalists on how a book should be meticulously researched.

But there is a problem in starting to talk about jugaad and then spending the better part of the book depicting how Indian public life malfunctions mainly because of corruption and the focus of Indians on inner purity while caring little about being a good citizen. Jugaad is about an innovative tradition in a poor country where delivering something instead of nothing has been a driver. Lack of discipline on roads, or corruption among law enforcers and deliverers of private healthcare is another matter.