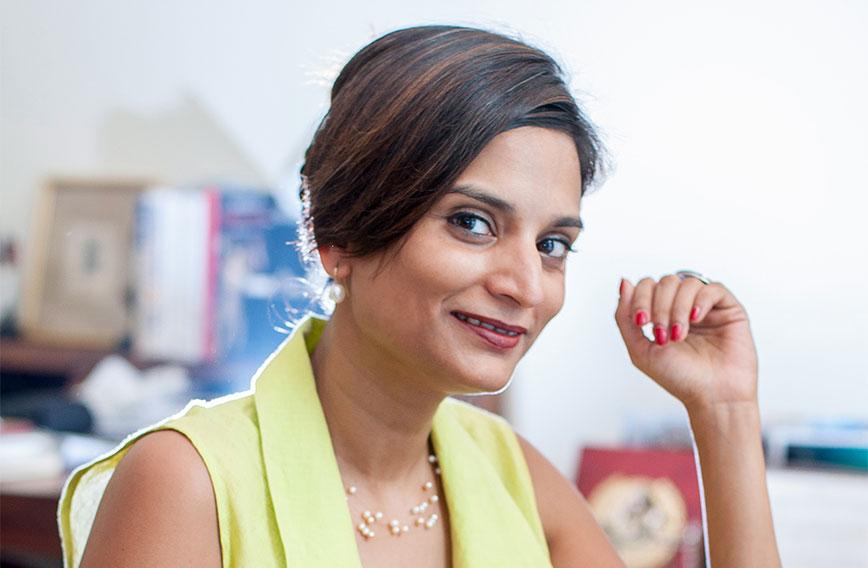 A reporter abroad: How to unpack a country for readers

INDIA’s globalization efforts will always be incomplete without a deeper understanding of other societies and connections that don’t just stop at geopolitics and big business.

But how can Indians go beyond stereotypes about people and cultures in the rest of the world? How can they escape the lure of clickbait and prime time?

The media has an important role to play in connecting people internationally. A good foreign correspondent is indispensable. Having a pair of Indian eyes on the street is necessary for getting those everyday stories about how people live and the social and cultural choices they make that might find resonance in India.

Unfortunately, Indian media houses, ever watchful of their profits, have reduced or cut out altogether the investments they used to make in having editorial talent abroad.

There was a time when accomplished journalists would be posted in important capitals to provide a perspective relevant to India. But no more. What comes now is from Western agencies and papers that straddle the world and see it from their own orientation and perch as global providers of information.

However, when a perceptive Indian foreign correspondent is in position in a country the difference is there for all to see. Pallavi Aiyar has reported for Indian papers on countries she has lived in.

Apart from the political and economic stories of the day, she has also put together lively, anecdotal and yet insightful coverage of the everyday lives of people.

We in this magazine discovered her through her books, which  draw on her reporting. We first read Smoke and Mirrors: An Experience of China and then, more recently, Orienting: An Indian in Japan.

Both books had by then been fairly widely circulated, but for us an interview with Aiyar was nevertheless in order.

Aiyar sees herself as an Indian reporter bringing the world to Indian audiences though she has spent long years abroad and is married to a European diplomat.

Interestingly, she remains an Indian passport holder, which means her husband and children have it easy at airports but she gets stuck in long queues.

“Keeping my Indian passport is like having a bad boyfriend,” she says. “It doesn’t do much for me but I can’t give it up!”

“I have always seen my primary role as an Indian foreign correspondent, not just to report geopolitical meetings, exchanges of trade teams or ministers or whatever, but to try to unpack the country that I am living in as best as I can for my audience back home and to really get the pulse of any country,” she says.

“There is a lot to be learnt from the simplest things like looking, walking, just paying attention to street signs when you walk or looking at the titles of books that people are reading on the subway. I remember doing a piece on manhole cover art to point to sanitation,” Aiyar explains.

People are invariably rooted in the past and simultaneously in transition. Getting to know societies well means both knowing their history and culture and observing people in their daily lives and what is important to them as they make the choices they make of how they like to live.

“I think the value you bring is in those mundane quotidian everyday observations that actually have a lot of revelatory power in them,” Aiyar says.

“Parks in particular are great in any country. If you head to a park and just spend an afternoon there it’s going to tell you a lot more about that country than attending a gazillion ministerial visit type of meetings. And I think that’s what ultimately people are interested in and what value you can bring as somebody on the ground.”

But it is not the kind of coverage that is at all visible in Indian papers and magazines and certainly not TV channels. Aiyar’s most interesting stories, for instance, have to be discovered in her books.

So, is India missing out on a great opportunity to connect with other societies and learn from their experiences? Is it also a missed opportunity for the Indian media as it stays focussed on politicians, big business, and accidents and murders?

“Of course, it is a missed opportunity, but it is a bit of a Catch- 22 situation. We generate enough news within our country to kind of be a globe, a world in itself. And the rest of the world has to kind of compete with these huge big domestic stories. And so, you know, editors basically use it as an excuse to say that Indians are just not that interested,” explains Aiyar.

“And one of the reasons Indians are not that interested is that you don’t have any Indian foreign correspondents in other parts of the world who are making those places relevant and interesting and making those connections for Indians.”

“When we do consume foreign news, we tend to consume it from a Western lens, which is removed. We read the New York Times, we read the big wires, which are writing for a very sort of global disembodied audience and not making the sort of direct comparisons that would be a hook for Indians,” she says.

Aiyar’s reportage flows easily. It is not touristy in tone nor is it heavy and pedantic as it could have become. Historical and cultural contexts are provided but hers is no cut-and-paste act. It is a relief that she is not out to impress you with how much she knows.

At the same time she tells you a lot. She is a good reporter who takes you along on a journey with description, information and analysis which hang together nicely.

Aiyar was in China during SARS and in Japan as COVID-19 spread. How the health systems of the two countries responded to these challenges is interesting. Also relevant in the Indian context is China’s experience in dealing with air pollution.

But Aiyar is not out to provide a handbook of governance models. Read her for the experiences she offers and the scenes she walks you through.

Join her at cherry blossom time when Japan goes crazy over the Sakura — from the official time that the flower will open to merchandise branded to mark the season. Staid public parks fill up with people and wild boozing sessions take place under every available cherry tree.

You can be present with her at Yoyogi, Tokyo’s version of New York’s Central Park, and see customary Japanese social restraint abandoned in the spirit of the season.

But the wild exuberance is not without the Japanese fondness for rules. The drinkers bring bags to cart away their rubbish — every bottle, every napkin. A notice distributed by a local municipal authority says: Mind Your Manners.

The Japanese obsession with rules and cleanliness is interesting and should be of particular relevance in India.  Colourfully designed manhole covers take sanitation to the level of art. Segregation of garbage is such an intricate exercise that a book of rules is required. Keeping toilets clean is regarded as the equivalent of worship.

Bits and pieces of Aiyar’s reportage remain with one and support the larger stories that she puts together. For instance, the lack of living space in Japan. People either stay on late at work or go out drinking in Japan because their homes are too cramped. A man who doesn’t want to disturb the children doing their schoolwork literally sneaks in at night and says he feels like a stranger in his own home.

In China one of Aiyar’s students (she was teaching English there) slaps a beggar woman for seeking money from a foreigner!

Then again, children are so safe in Japan that they can use public transport to school. A child who Aiyar thinks is alone and lost is merely heading home.

What are the limits to learning from other societies? What is so deeply ingrained that it is not transferable? The answers lie in doing what one can. Toilets can be made prettier and cleaner for women. It is possible to ensure streets are safer for children. Better civic systems and awareness campaigns can get garbage out of sight.

“I totally agree. Many learnings are quite simple and are transferable. Some are so culturally rooted that it might be difficult to sort of transform, say, New Delhi into Tokyo tomorrow. But there are other best practices, which are sometimes quite ingenious in their simplicity and can actually be imported to change things fundamentally. Improving women’s toilets, for example. I remember in Tokyo going to places where all they did was paint the toilets so they just looked very pretty, they looked bright, they looked attractive,” says Aiyar.

How would Aiyar describe the style in which her books are written? Are they diaries, memoirs or plain reportage in first person?

“A lot of the material or research for the books came from working as a reporter in those countries for a substantial number of years. In the case of China it was seven years, in the case of Japan, four years. So when you’re a reporter in a country, you know, it automatically opens up parts of the country,” she says.

As a foreign correspondent “your area of expertise is not really sectoral as much as it is geographical,” she points out. This means writing on a variety of areas.

“And as is the case with any reporter you fill up your notebooks with lots of information that ultimately doesn’t make it into whatever report you end up writing. Often the most interesting stories are just sort of lying around and lurking in your notebooks,” she says.

The notebooks, she agrees, serve in some ways as a diary. But the books really are built on what she says are the three pillars of autobiography, analysis, and anecdote.