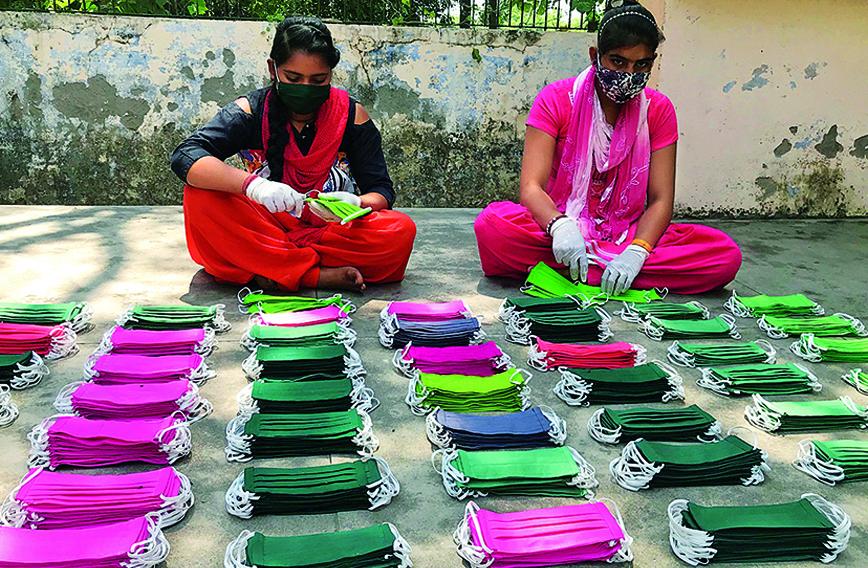 In less than a week after the lockdown was imposed, the Pardada Pardadi Educational Society (PPES) set up a toll-free helpline so that people in distress could call and receive help.

The PPES runs a topnotch school for 1,600 rural girls in Anupshahr in Bulandshahr district of Uttar Pradesh. Most people in this largely agrarian community are marginal farmers.

The school was started in 2000, by Virendra ‘Sam’ Singh after he retired as president and managing director of DuPont, South Asia. His ambition was to start a school for girls in his home town, Anupshahr.

“India can change if we give opportunities to rural girls,” is his firm belief.

The school provides its students two meals a day, uniforms and books for free. Moreover, for every day the girl attends school, `10 is transferred to her bank account.

“The lockdown was a big setback for women like me,” says Lakshmi from Haridpur village. “We grow vegetables and sell them in the market. But the mandi was closed and no one was buying from us. If we got buyers, they would pay very low rates.”

“They are a farming community and they put food on our table. All of a sudden, they have been pushed into a corner. It is very difficult for them to articulate their needs,” says Renuka Gupta, CEO of PPES. 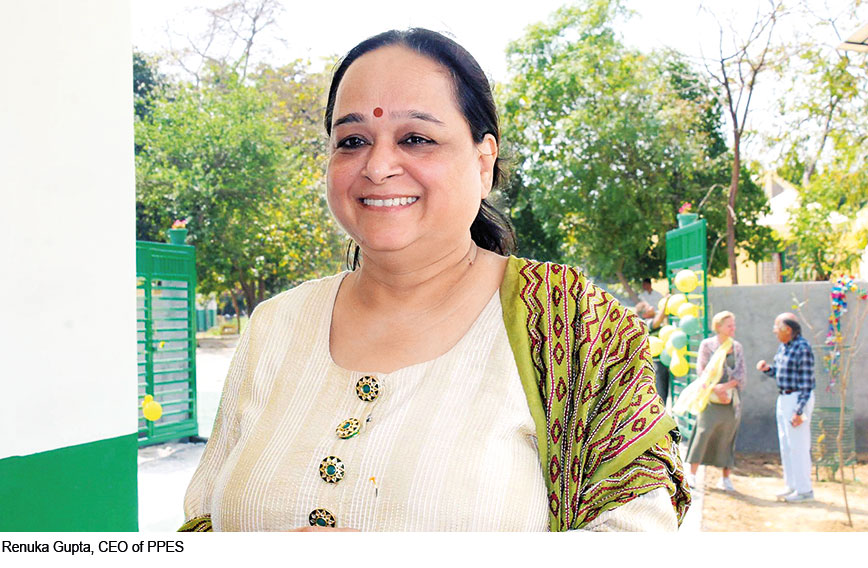 Many people called, mostly for food. They said they had grain but what they needed were other essentials: pulses, sugar, oil, soap and washing powder. So PPES modified its ration kit to include these items. By June 10, 900 ration kits had been distributed.

People also called for information. They had ration cards but when would supplies reach the PDS (Public Distribution System) shop closest to them? So PPES would call up the officer in charge of rations to find out.

Altogether, nearly 23,000 migrants have returned to Anupshahr. “Many of them do not have job cards under the MGNREGA scheme,” explains Gupta who is 55 and has been with PPES since the beginning. The staff at PPES is helping them get job cards made. PPES is also informing them about government orders and schemes via phone calls and SMS.

Ten young women in their twenties who recently completed a diploma course in communication held at PPES, answer the calls. The calls are managed from the PPES campus and redirected to the women, who are all working from home.

If people call for medical advice, they are connected to a doctor and nurse. In the early days of the lockdown, the two would answer 15-25 calls a day. But that was when people were scared and wanted to know how COVID-19 would affect them.

Now, only one or two people call every day. Shajan Jose, the administrative manager of PPES, says, “Doctors say that they can do their job better if the patient is in front of them. People also feel the same way. They want to see a doctor.” The health clinic on the school campus is running but only three to five people come on any given day.

PPES has a health centre for its students and a mobile health unit that used to provide services to nearly 100 patients every day before the lockdown. Currently, it isn’t doing the rounds of villages.

“We are the only NGO working in Anupshahr. It’s a lonely battle,” says Gupta on video call from her home in Delhi. The NGO first set up the school and then began providing other services.

Around 5,000 women have been organized into self-help groups. Before the lockdown started, PPES anticipated that the need for face masks would spiral. “We found that there were no surgical masks available in the villages,” says Arya Singh.

The women were trained to stitch cotton face masks that are washable and reusable. It took them a while to get it right. They first made masks for themselves and then for their family members.

But once they had perfected the technique, they began to supply to the government and some housing societies. They have supplied over 1.7 lakh masks.

Arya Singh remarked that the whole community came together in this initiative. Some men who worked in export houses in Noida and Gurugram had returned to Anupshahr. They understood quality control and offered to help.

Initially, the women were working from home but now about 200 of them come to the iVillage workshop and stitch masks. Usha Devi, 30, can stitch about 80-100 masks a day. She underwent a six-day training programme when she joined iVillage last year.

She now earns `200-250 per day and is the only member of her family with a regular salary. Her husband put up a food stall in Anupshahr town but during the lockdown the police would harass him. “My family doesn’t have land, neither do we have a cow. I have to work every day to feed my children,” she says. She has two sons, 11 and nine, and a seven-year-old daughter.

While the school was closed, part of its premises were used as a quarantine centre for migrants and people who showed symptoms of COVID-19. At maximum capacity, there were 110 people in quarantine, but now the government has handed the building back.

Meanwhile, online classes on Zoom and WhatsApp have been going on. But only 350 girls are attending classes regularly, said Krishna Kumar Sharma, the principal of the school.

“Girls here don’t have their own mobile phones, so they manage by borrowing mobile phones from their fathers, brothers or uncles,” Sharma says. But that is not all. Since incomes have dropped, many families don’t have the money to buy a data pack for internet access. 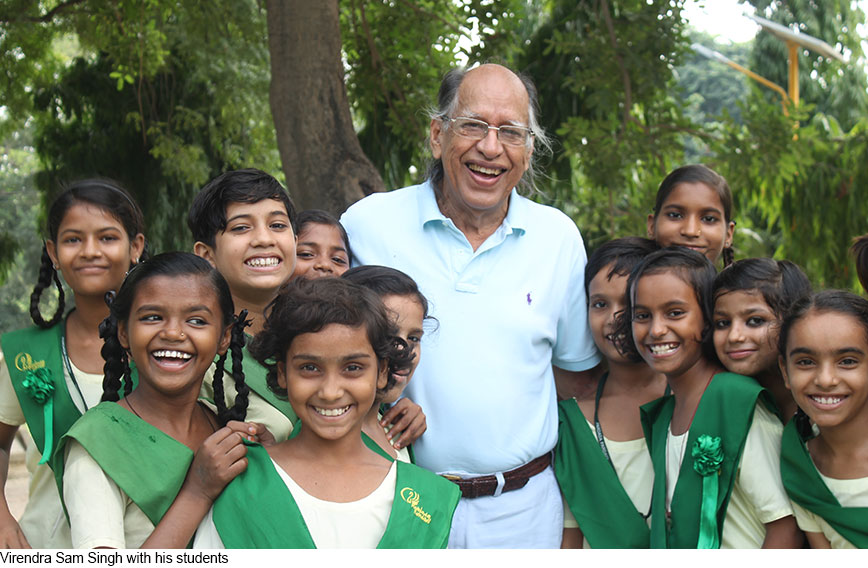 Gupta fears that when schools reopen, many girls will drop out, setting back years of work. PPES spends Rs. 35,000 on each student per year. The money is well spent, but not always easy to come by.

In the 20 years since Virendra Singh started PPES, a lot has changed. Around 123 girls from PPES are in university and six are in the US. Nearly 100 girls are working, half of them in the IT industry in Bengaluru.

“The average age of marriage here is 18, but girls who pass out from our schools marry later, at 25 or so. Some girls are also choosing not to get married. They tend to have fewer children,” Gupta says. Often, they choose their own life partner, which is uncommon in an area where the khap panchayat wields power over who gets to marry whom.

“The only people who successfully face adversity are those with an education,” says Singh, who is now 80 years old. While PPES continues its relief efforts in Anupshahr, Singh plans to increase school capacity by adding 200 seats for the session starting in July.