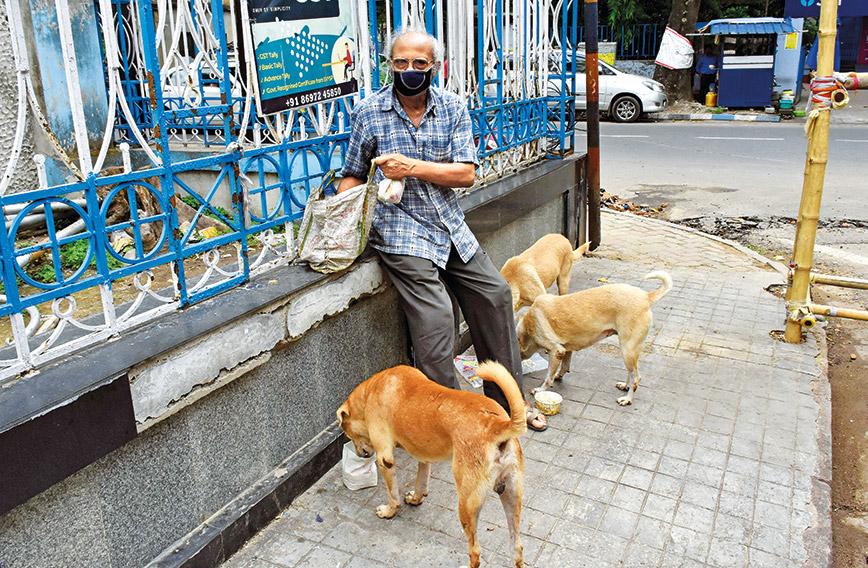 NGOs and feeders, led by the Animal Welfare Board of India (AWBI), have long held that feeding stray dogs on the streets is a “compassionate duty”, an “occupation” and even a “religious right”. While sounding seemingly benevolent, the AWBI, in fact, continues to obfuscate and mislead.

A duty is just that — a duty. It is not a right nor does it give rise to any corresponding rights to carry out that duty, that too while infringing on the rights of others. There is no law or act in India that allows or even mentions feeding stray animals on the streets, leave alone labelling it “compassion” or an “occupation”.

In October 2022, the Supreme Court, that has been hearing multiple cases challenging the validity of the ABC Rules for stray dog control since 2009, stated that there would be instances of stray dog conflict that “require urgent hearing and decisions would depend upon relevant prevailing facts in an area or location” and directed parties to approach their “jurisdictional High Courts for appropriate relief”.

Consequently, in an ongoing case regarding the stray dog menace, the Nagpur Bench of the Bombay High Court passed interim orders prohibiting feeding stray dogs in public places and directing feeders to do so either after adopting the dogs or in shelters.

Expectedly, this was challenged by ‘animal rights’ NGOs and feeder groups in the Supreme Court and the matter was heard in November 2022.

The AWBI is a statutory body whose primary functions include furthering the Prevention of Cruelty to Animals Act (sheltering of homeless animals, preventing straying of animals). Instead, AWBI members and lawyers — presumably paid for by public money — spend a disproportionate amount of time promoting the maintenance of homeless dogs on the streets, casting aspersions on the character and motivations of the citizenry and making unsubstantiated and defamatory allegations of cruelty against them. All dog attacks, they claim,  are in “self-defence”, and that “the human aggressors shall be the only ones to blame”.

These “human aggressors” include children and senior citizens mauled to death by stray dogs and, most disturbingly, this is put forward repeatedly and brazenly in official AWBI literature and court submissions.

Conversely, individuals and groups affected by stray animals and their feeding in public places and who endorse animal welfare (as opposed to ‘animal rights’) also intervened as caveators in the case and argued that the Prevention of Cruelty to Animals (PCA) Act promotes sheltering of homeless dogs and that stray dog feeding in public places is illegal and harmful.

The result was that while the apex court did not prohibit stray dog feeding in public places nor direct sheltering of homeless dogs for the time being, it did not set aside the HC order nor the ongoing High Court proceedings either. Importantly, for the first time the apex court used the words “public nuisance” and “endangering people” with reference to the activity and directed that the same must be avoided.

A few days ago, another bench of the Supreme Court dismissed a petition by a feeder stating that “keeping stray dogs does not mean you will take them to streets, fight and affect the lives of the people”.

The apex court also allowed for relocation of stray dogs when necessary, something prohibited by the AWBI — with zero authority to do so — even if a pack of stray dogs has mauled a child to death. According to the AWBI and animal rights NGOs, ‘evil humanity’ is cruel to animals and so stray dogs, in “self-defence” and due to “provocation”, kill people once in a while. So what?

While considering the sheltering of homeless dogs, the apex court asked where “street dogs” could go since they did not have private residences. It is pertinent to note here that it is the AWBI and the ABC Rules that have invented an entity called “street dogs” not found in the parent Act nor found in state municipal laws.

The term slyly implies that since these dogs are on the streets, they belong there. Whereas the PCA recognizes that they are simply stray dogs — domestic, companion animals, roaming the streets because they are abandoned/lost or were born and continue to live there due to homelessness. A small but critical distinction, but one that muddies waters enough to justify the mutilation and killing of citizens by “street dogs”.

The AWBI has also misled courts claiming that “hungry dogs get aggressive”. However, science and numerous studies on dog behaviour tell us just the opposite — hungry dogs will go in search of food and not expend their limited energy on aggression towards people. Further, that dogs who congregate due to feeding naturally become territorial about areas where they are fed and are therefore aggressive towards anyone in those spaces. This is not rocket science, it’s why dogs make such excellent guard animals — they guard the home, a place where they are looked after and fed.

Exploding numbers of stray dog attacks on citizens, resulting in strife and conflict in society and the suffering and deaths of both people and dogs due to the maintenance and feeding of stray dogs on the streets, has reached a tipping point in the country. The PCA Act, state Municipal Acts and public nuisance laws mandate removal of dogs from the streets to protect both people and dogs. The only conflicting policy and aberration are the ABC Rules that must be repealed with immediate effect.