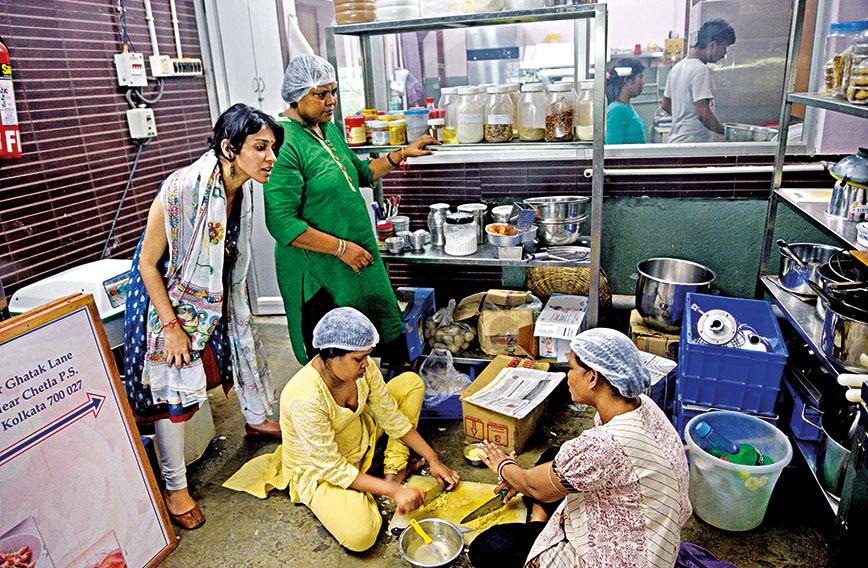 A home and inner peace for those on the street

A young man in his mid-thirties stood in the middle of a busy street in Kolkata’s down-market Beniapukur suburb, unmindful of the danger he was posing to himself and the way he was throwing the traffic into chaos. His hands trembled as he muttered to himself and looked aggressively around him. His scraggy hair and beard and ragged clothes indicated he was not fully in his senses.

He eventually ended up with Iswar Sankalpa and was diagnosed with schizophrenia, consuming an enormous amount of alcohol and not taking his medicines regularly. His family, once located, said they wanted to have nothing to do with him. To substitute the missing family support, Iswar Sankalpa found a local istiriwala or presswala who agreed to become a caregiver and supervise the young man’s medication.

In a couple of years the young man started visiting the daycare centre of Iswar Sankalpa. As he grew better he was offered a job by a local mithaiwala. Today he pays for his own keep and medicines, takes them regularly, has stopped drinking and has got a new lease of life, literally. Community care and Iswar Sankalpa made it possible for him to recover right where he belonged, without having to check into a hospital or rehabilitation centre.

Iswar Sankalpa was started in Kolkata in 2007 as a non-profit by Sarbani Das Roy, 54, an Ashoka Fellow, along with a few others to work for homeless people with psychological disabilities on the streets of Kolkata. Ashoka is a global organisation that supports leading social entrepreneurs who are chosen after a rigorous process and designated for life as Ashoka Fellows. 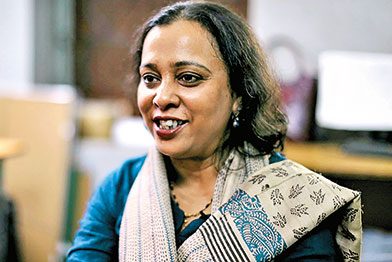 When a poor person loses whatever home she has and ends up on the streets, there is half a chance that she will be suffering from some form of mental disorder. To address this Iswar Sankalpa began something unique, Naya Daur, which has remained its flagship programme. Doctors, counsellors and social workers reach out to this homeless vulnerable group to provide care and treatment on the streets of Kolkata itself. It is powered by volunteers from the community who assume the role of proxy family, administering food and medicines. It aims to eventually find for them some kind of a job and, what is all-important, in the process restore the human contact that had been lost.

One key way in which the unfortunate land up at the doors of Iswar Sankalpa is through its Arogya initiative. Under this its emergency response unit, working with Kolkata Police, is handed over homeless people with psychosocial disabilities rescued by the police from the streets.

Most likely the unfortunate person will find herself at the doors of one of the organisation’s day care centres. At these therapeutic centres a distressed person with mental disability finds a haven from the merciless streets. One of the two centres is located within the city’s Hastings police station. This combines caregiving with the law as the police are the legal guardians of the homeless with psychological disability. It sensitises the police to the reality that a person with psychosocial disability needs care and is treatable, and does not pose a threat to society.

There is another day care centre in the Keoratala area of the city. Located in a small community space, you have to get to it by walking down an alleyway. This symbolises the link between caregiving and the community.

A key initiative is the Urban Mental Health Programme run in partnership with the Kolkata Municipal Corporation (KMC). Under it Iswar Sankalpa works with five ward health units of the KMC which are urban primary health centres. There the ailing get both care and medicines.

Those who need a place to live to stay away from street abuse and get care round the clock for treatment of acute schizophrenia come to one of two recovery and rehabilitation shelters. The bigger one is Sarbari, for women, in which at any given time there are 80-90 residents, not inmates, Das Roy corrects me. The one for men, Marudyan, houses 30 at any given time. The difference in capacity is significant and reflects a social reality. In India the chances of a poor woman becoming homeless and psychologically distressed are much higher.

Sarbari, made available to Iswar Sankalpa by the Kolkata Municipal Corporation, is unique in its own way. The women, from the poorest section of society, all look well taken care of but are in varying stages of mental health, with some articulate and focused, others not so. I am introduced to one of them with a bright smile who is deaf and mute.

The heart of Sarbari is a large hall which is the living space for the women through the day and in the late afternoon turns into a space for group therapy with dance and music. The sound system plays a beautiful Tagore song from the dance drama Sapmochan. A few of the women move to it as would those in any dance class while the rest look on.

The women all seem free to move about, except on the first floor, which has the sleeping quarters. A room there is locked, with a glass pane on the door to keep an eye on those inside. Das Roy explains that the sleeping area is usually locked during the day so that the women do not sleep at odd hours but move around and keep themselves occupied as they like. This ensures proper sleep at night.

The freedom with which the women move about results from the fact that a modicum of consent is needed from a person who is brought to stay there. When a person turns restless or violent the police are asked to take her away to a hospital.

A key part of the recovery process is that at some stage the women are encouraged to learn a skill and thereafter go out and earn a living. In a year one or two will go out and not return and this seems to have been budgeted for.

The entire cycle which a woman in Sarbari goes through is there in the story of one in her mid-thirties who was brought in a few years ago by a social worker as she was found wandering near Kidderpore bridge, jabbering to herself with her personal hygiene severely compromised.

For the first few months she didn’t interact with anyone. Then she came out with her story of years of tremendous physical abuse by her husband which forced her to leave her child and home. It was after several years on the streets of the city that she was brought to Sarbari.

Then one day she said she liked to cook and missed cooking for her family. This took her to the shelter kitchen and animatedly spending her time there speeded up her recovery. She moved to the shelter’s bakery after she revealed during a supported decision-making session that she could try her hand there. But that did not work out so now she is back at the kitchen, working as a ‘shelter general duty assistant’ and earning her keep and talking a lot!

The idea of spending some time at Sarbari or Marudyan is to one day be able to go back to society with the ability to look after oneself and earn one’s keep. Hence reintegration is a key goal and the vocational training unit plays a major part in it. And this is translating into revenue for the unit — `3.4 lakh in 2017-18.

The women get trained in skills like stitching, sewing and cooking. They also learn decoupage (decorating an object by gluing coloured paper cutouts and adding special paint effects) and artwork in general. After training they join the production unit that makes bags, accessories and home decorations for sale at exhibitions.

A key skilling facility at Sarbari is the bakery. The skills imbibed there have now been taken to market. Last year Iswar Sankalpa opened a café, Crust and Core, where the recovering women serve confectionery made by them. In all 10 women have been trained in culinary as well as soft skills, and before opening there were mock runs and visits to well-known city cafes for orientation. The café also displays and sells craft work by the women.

The pot of gold at the end of the rainbow is ‘restoration’. As residents regain their cognitive skills, they begin to remember their names and are often able to indicate where their homes were. Once, with the help of the police, a person’s home can be located, the journey back is undertaken. Till now 350 one-time residents have returned to their homes. But as many as 30 to 40 percent remain as they do not have adequate recall or their families will not have them back.

Iswar Sankalpa has so far touched 2,800 lives. Out of this 1,800 are treated on the streets through the outreach programme. Beyond this it has offered care to 3,500 people living in slums.

In 2017-18, Iswar Sankalpa had a staff strength of 65 made up of caregivers and others. There are also 80-odd voluntary caregivers. It spent around `1.5 crore and has a corpus of around `40 lakh. The budget puts it ahead of many smaller non-profits. Among its partners is the Azim Premji Philanthropic Initiatives, Tractors India, the Hope Foundation and the social welfare department of the West Bengal government. Nevertheless, to Das Roy, getting more funding is the foremost concern. For that, society’s attitude to mental ill-health needs to change. Even well-meaning neighbours unthinkingly refer to Sarbari and Marudyan as “pagaler ghar” and Das Roy as “pagaler didi”.