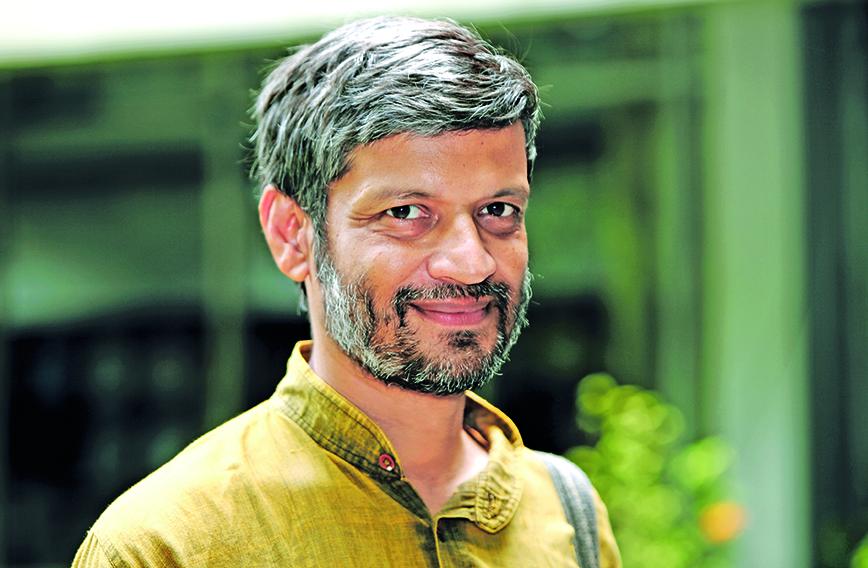 Nikhil Dey: 'The fact is we now have 15 years experience with MGNREGA and a system has been created'

‘MGNREGA money will run out with rising demand’

As people pour into villages from cities in a desperate effort to get back home, the only work they can hope to get is under MGNREGA (Mahatma Gandhi National Rural Employment Guarantee Act).

The rural employment scheme was designed to help people in distressful situations like a flood or drought so that they had something to fall back on when there was nothing else. Will it be able to cope with the pressures of the pandemic and economic slowdown when the number of people seeking work in villages is rising like never before?

The Mazdoor Kisan Shakti Sangathan (MKSS) was the lead organization which fought to bring in MGNREGA 15 years ago after Rajasthan was ravaged by drought and people had neither food nor work. Many economists opposed it as a measure to deal with extreme poverty.

But over the years the programme has matured and found wide recognition. Nikhil Dey of the MKSS has been a close observer of this process. Excerpts from an interview with him on what expectations there can be from MGNREGA in these extraordinary times.

MGNREGA is being perceived as the scheme that will provide jobs to workers who have returned to their villages. Is MGNREGA providing jobs to all?

People are desperate for work but I’d like to preface that by saying that people are still leaving cities in a stream after that huge exodus took place. Parts of India are finally becoming aware of how absolutely vulnerable this section of society is, how insecure their so-called jobs are and what conditions of work and living they undergo. They have been the backbone of the Indian economy, its growth story, which clearly benefits one section of society. Migrating workers had modest dreams of a better life in the city, but they were on a precarious footing.

And that explains why this extreme exodus happened. They had nothing to fall back on. The exodus was followed by some state governments saying that labour laws, whatever fig leaf of protection there was, would be removed, indicative of how little we care for the humanitarian concerns of working people.

The only security workers perceive is home. So they will take any job they can get and that’s why MGNREGA is getting a huge turnout. This isn’t because there is great enthusiasm for the scheme. These are people with a lot of skills. Yes, some of their family members, particularly women, didn’t opt for distress migration and took MGNREGA jobs with enthusiasm. But these are people who left home in search of more than what MGNREGA could offer. Nothing else is available so all the pressure is falling on MGNREGA.

There have been many arguments over MGNREGA over the years. The fact is we now have 15 years of experience with MGNREGA and a system has been created. It has saved us from a massive catastrophe. Not just people who have returned, but people (who stay back) in villages seek work under the scheme.

Construction work has ground to a halt, markets haven’t picked up and there is very little economic activity. Transportation has still not taken off between villages and with urban centres.

MGNREGA is doing better than perhaps what it was designed to do. It wasn’t devised to take this load and influx. MGNREGA’s strength is that it has a dedicated process which begins in September when plans and labour budgets get made, approvals are given and estimates are drawn up. The scheme has been designed to cope with a calamity in smaller areas, like a drought, a cyclone or an earthquake so that the rest of the state or country does not suffer.

This idea that MGNREGA is just about digging pits is a complete fallacy. It is designed to deal with regeneration of land, water resources, greening programmes, building of temporary roads, plantation of trees. MGNREGA has never been properly evaluated. The work has been of great contribution, if not of great efficiency. Yes, it could have been better monitored.

Another factor is climate change and the negative fallout of our model of development which we don’t perceive. MGNREGA is one of the best green programmes in the world. It does all kinds of things without the use of machines or fuel for regenerating water and land resources.

In Rajasthan some 5.2 million people have enrolled in MGNREGA. The highest number we have had is 3.2 million. Now we have 40 percent more and still more want work.

Rajasthan has one of the biggest areas of fallow land which can be used for this kind of work.

But UP and Bihar, which have the largest influx of migrant workers, do not have land available. Every little bit is occupied. Common property land isn’t there either.

MGNREGA’s classic definition is to build durable assets which need land. Perhaps the scheme has to look at building community assets in these states. It provides just 100 days per household. Many households have completed 90 days already because two or three people from each household come to the site in a month. They are wondering what they will do next month. So we need to think about increasing the number of days and about the kind of work they will do.

Is the money the government has committed enough?

MGNREGA is functional because there is cash in the pipeline. People are going to work and payments are being made, even after clearing last year’s payments. But that is not going to last. It’s going to run out very soon. If MGNREGA in these circumstances does not make payments on time, there will be massive distress once again because people are living hand to mouth.

MGNREGA at least gives people dignity. They bring home a wage. That should be preserved. As far as workers are concerned its three slogans must be upheld: Har haath ko kaam miley, kaam ka pura daam miley, samay par bhuktaan miley (Work for all, at the right wages, paid on time). There isn’t enough money for this just now. The money will run out and that’s what policymakers need to look at. People have nothing else available.

MGNREGA’s big advantage is that it has a system in place and a degree of functionality. Work happens and money reaches. That’s why a government that was critical of it has turned to it. Both the BJP and Congress are trying to take credit for who did it better.

Are people getting wages on time?

The unpaid wages of last year have been cleared. Payments are fairly quick now because of Direct Benefit Transfer (DBT). It has many ills — sometimes money doesn’t go into accounts because of the Aadhaar linkage and there are a whole lot of rejected payments, but those are large in number and small in percentages. Where the system works, every rupee comes to the person’s bank account with the press of a button.

State governments have become more efficient. Closing muster rolls, measuring of work, clearing of accounts, generating the fund transfer order,  is done on time in eight days. The government has another eight days to transfer the money to people’s accounts. If there is money it is easily done.

Is the government providing enough rations for the monsoon months and is it universal?

If there was one activity that carried on through the coronavirus pandemic and lockdown, it was agricultural productivity. They kept this country going. Despite lockdown they were out in the fields harvesting. The markets weren’t running so they were storing wherever they could. Productivity did not fall and they carried on in their stoic manner even though their returns were very low.

I think that’s something we need to build on. One part is to procure food, the other is redistribution of that food where there is a need. If you want people to have a sense of confidence, strength and participation, assure them employment and food.

And we have enough food. We need four or five million tonnes for all our NFSA (National Food Security Act) requirements for one month. We have 80 million tonnes and another 40 million tonnes which need to be procured and put in the godowns.

It’s amazing they are offering migrant workers five kg each for two months and some channa. I mean, this is food produced by their own families. Food has rotted in these months (in government godowns).

Many migrants did not concern themselves with food security because there were all kinds of problems with ration cards. The family was split between the city and the village. They were told, you are earning Rs. 10,000-12,000 so you don’t deserve it. Now 80 million people have been selected out of the blue for five kg of rations.

Aadhaar cards have been given to everyone and the government claims 98 percent have them. So why not allow people to give their number and collect their rations? If someone has already taken it, don’t give it again. Why not just make it universal? Anyone who needs food should be able to get it in such times.

It can’t work without universal entitlement. Each state has its own schemes. The family is split between village and city. It’s a nice slogan but it can work only with universal entitlement. The ration shop gets food based on the number of people it caters to. If I get an influx of people, where do I get the extra food from? If I give them rations from my quota, my residents won’t get their rations. And maybe next month the extra people won’t turn up. A lot of backend work needs to be done to make this work. In Rajasthan they tried to create a ration card which would work anywhere in the state and they faced these huge problems.

Universalize 10 kg per person all over the country. You can present your ration card or your Aadhaar number. Thirty years ago when we went to Devdungri, there was a terrible drought. People were entitled to 10 kg and the PDS was universal. We have, in fact, reduced this entitlement over the years, due to the targeted system and its mindset.