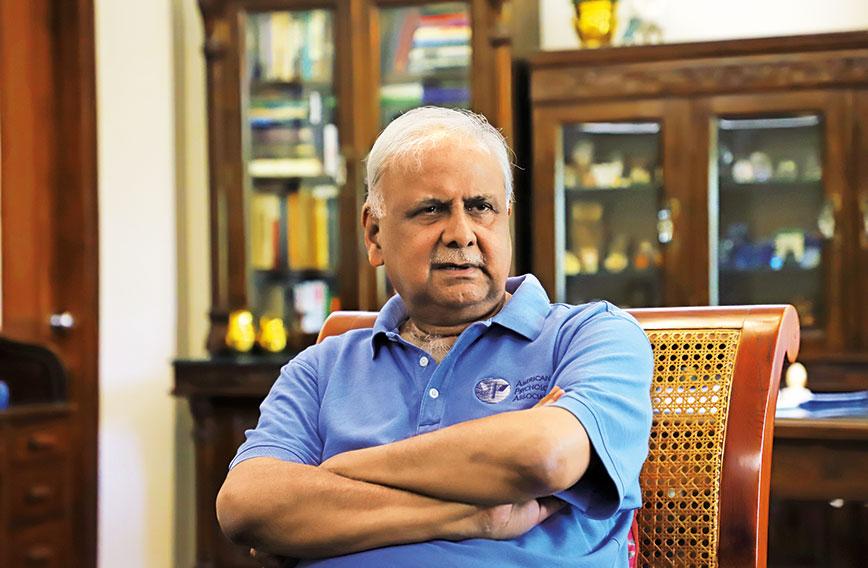 Jagdeep Chhokar: ‘Promises aren’t only made in manifestoes’

Promises fly thick and fast during election time. Political parties seek to outdo one another in getting the attention of voters. In the heat of the moment, mostly anything goes and voters are none the wiser about how some of those promises will be fulfilled — for instance, where will the money come for that scheme or subsidy.

Can this runaway situation be reined in? Is it possible to make parties and political leaders more accountable even as election promises are being drummed up rather than later when they have failed to deliver on fanciful ideas? Does an answer to the pernicious culture of freebies lie in stricter rules at election time?

The Election Commission of India has proposed that parties spell out their promises in a form that will go along with their manifestoes. The financial implications of every promise, the commission contends, will then be known so that there is a level playing field during elections. No one will be able to promise the moon and get away with it, as often happens now.

The idea was floated by the commission on October 4 in a letter to parties and laid open to discussion, but it has met with protests that the commission is exceeding its mandate, which is to hold free and fair elections, and instead getting into how governments run.

If the commission’s proposal goes through, parties would have to spell out before an election what a promise is going to cost and how this expense will be met. They will have to state whether it will be through rationalizing expenditure, non-tax revenue, additional taxes or loans. To this end, the commission has further suggested that chief secretaries of states provide the budget estimate (BE) and revised estimate (RE) to show what funds are available.

Knowledgeable and impartial activists who have for long been demanding transparency in the running of political parties are baffled by the commission’s proposal. They don’t think it can be seriously implemented. In fact, they fear that such rules will curtail democracy rather than enrich it.

Jagdeep Chhokar of the Association for Democratic Reforms (ADR), which has been campaigning for cleaner elections and accountable parties, says: “I see this with scepticism. Many things in the commission’s letter are less than clear. The entire scheme aseems to be unimplementable and an exercise in showing a lot is being done. My apprehension is that on the ground nothing may happen.”

Chhokar points out the commission had earlier shied away from taking up the issue of freebies, saying it would be an “overreach of powers.” It told the Supreme Court on March 2 that the giving of freebies was a matter of policy, to be decided by the party concerned, and that it was for voters to judge whether the freebies were economically viable or not.

Chhokar quotes the commission as saying in court: “… offering any mass distribution of freebies either before or after the election” was a “policy decision of the party concerned and whether such policies are financially liable or it has an adverse effect on the economic health of the state, is a question that has to be considered and decided by the voters of the state.” 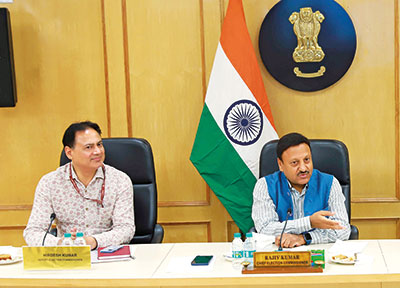 The commission said it could not regulate “such policies” which "may be taken by the winning party when they form the government. Such an action without enabling provisions in the law will be an overreach of powers.”

Chhokar wonders what has changed between March and October for the commission to now say that it “cannot overlook the undesirable impact of some of the promises/offers on the conduct of free and fair elections in maintaining a level playing field for all parties and candidates.”

Chhokar argues the electoral bonds would be a better issue for the commission to take
up if what it is concerned about is providing a level playing field. At present, parties don’t need to disclose from whom they have received political donations by way of bonds, it is only the amounts that are known. The matter is in court.

“Now, the promises made by political parties in their manifestoes are of great concern, but, according to the Election Commission, something like electoral bonds does not distort the political field at all. There are many other specifics in this letter I can point to. But, let me add, between March 2 and October 4 there was a significant event. On July 16, the prime minister talked about what is called the ‘revdi culture’ of the country. I don’t know if there is any correlation in these three days,” elaborates Chhokar.

“But for the Election Commission to change its view from March 2 to October 4 without giving any justification for this change is surprising, to say the least, and trying to provide a level playing field only on the basis of what has been said in election manifestoes and not something as glaring as the electoral bonds raises weighty issues. Weighty is the Supreme Court’s word, not mine,” he says.

The issue of unsustainable freebies underlines the much larger question of distinguishing between party and government. The responsibility for executive actions devolves on the government, which when it comes into office has wide responsibilities to those who voted for it or didn’t.

Promises also aren’t only made in manifestoes, Chhokar points out. They are made in speeches during election time and before election time. He refers to a judgment mentioned in the Election Commission’s October 4 letter — S. SubramaniamBalaji versus the state of Tamil Nadu and others on July 5, 2013. In this, the Supreme Court says, strictly speaking, the Election Commission will not have the authority to regulate any act which is done before the announcement of the date of elections.

“This is a fundamental mistake we seem to make — that elections happen only from the date of the announcement of the election till the date of counting of votes. Election is not a process confined to those two to three weeks. Election is a process that goes on 24/7 around the year,” says Chhokar.

“Aren’t the advertisements one sees in national newspapers by governments in one state or the other in the country related to elections?” he asks. “Elections may be two years away but every action that a political party takes has an impact on the election. To assume that the Election Commission should act only after the announcement of the date, is a fallacy.”

“I have specific instances where so-called leading political parties have got together to amend the law so that the prosecution of parties is avoided. They have come on record saying otherwise there would have been no choice but to prosecute parties. Why shouldn’t political parties be prosecuted if they violate the law? So political parties must be held accountable for all their actions,” he says.

Chhokar’s big fear is that there is an attempt to reduce the electoral exercise to a mechanical process. He worries about talk of reducing the expenditure on elections. So also the Election Commission’s suggestion of BE and RE figures within which promises can be made. “What we are being told is that within this limited area you can do whatever you like and then there will be elections. That is not how a representative democracy works. People choose their representatives and political parties have to represent them,” he says. “Somebody has found it very useful to use this term ‘revdi culture’. And, therefore, the whole country is getting behind it. To me there appears to be a systematic attempt to undermine the entire electoral process,” he cautions.