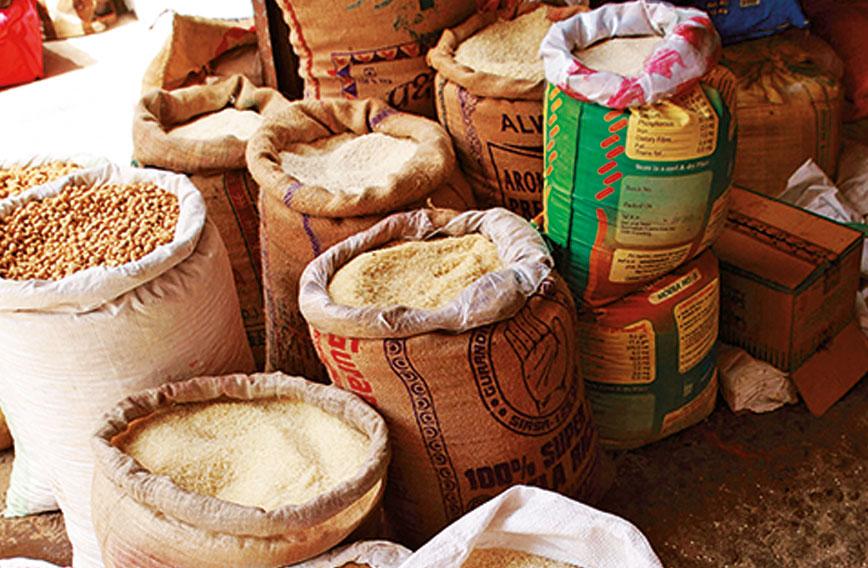 Better for food supply to come from local sources

HOW about an idea which can improve nutrition in ways that will also reduce costs significantly? Such a win-win situation can be realized if the food procurement system is decentralized in significant ways.

Over the years, India has built up an elaborate food security system based on procurement mainly of wheat and rice and its allocation for subsidized food rations under the public distribution system (PDS) as well as for nutrition schemes like mid-day meals and for the anganwadi.

The existing system relies to a large extent on procurement from a few limited surplus areas like Punjab, Haryana and Madhya Pradesh. Due to this, food has to be transported long distances. This leads to high transport and storage costs, and frequent delays in foodgrains reaching more remote areas.

Another problem is that mostly surplus wheat and rice get distributed while many local foods with high nutritional value are not included. In particular, the exclusion in most places of highly nutritious millets from the PDS is harmful.

It would be much more useful if the existing centralized food security system were to be replaced by a decentralized system of procurement and allocation. Under such a system, decentralization would go down to the level of a large village or a cluster of small villages included in a panchayat. Such a cluster can also be formed on other bases, depending on local conditions.

In this decentralized system, a significant share of the food crops would be procured by the government directly for use in government schemes within the village. This would be estimated on the basis of the food requirements of the PDS ration shops, the mid-day meal scheme, the anganwadis and any other nutrition scheme. This kind of procurement emphasizes local staple foods, which may not be predominantly wheat or rice.

A food security committee of representatives of all sections of villagers including farmers, landless farm workers and so on, and well-represented by women, would be formed to guide this process.

The procured food would be safely stored within the village (or a cluster of small villages). Safe storage adequate for the village would be arranged. This should have a component of emergency and disaster relief as well. Allocations can then be made from time to time to PDS and nutrition schemes using transparent and participative systems.

The procurement and allocation of foodgrains (including pulses and millets) and oilseeds can take place three or four times a year depending on cropping patterns. On the other hand, the procurement and allocation of perishable food items like vegetables (for nutrition schemes) would probably have to be on a twice-a-week basis, while for milk it can be on a daily basis.
Of course, procurement by the government can also be in excess of this, depending on the extent of surplus available, to meet city needs and for bigger storages. The needs of cities must be met as far as possible from nearer villages. The needs of bigger storages must be met from more surplus districts with favourable conditions for various main food items.

There are several advantages of this decentralized system. The costs of transporting food across long distances will be greatly reduced. The energy and greenhouse gas emission costs (or the carbon footprint) of the food system will also be reduced alongside. There has been increasing discussion in recent years on the miles travelled by the food we consume and the need to reduce this for environmental reasons. The decentralized system will be very appropriate for this. Packaging costs will also be reduced, including avoiding polythene packets of milk.

There has been a worrying tendency in recent times to accord less importance to the quality and health aspects of food. Once it is known that a more significant share of procured food will be consumed within the village and also served to local children and mothers in mid-day meals and anganwadis, there may be more commitment to the quality and health aspects of food. Farmers in most regions will benefit from procurement of more diverse crops. This will encourage eco-friendly mixed farming which has been given up in recent years in favour of monoculture.

On the nutrition front, several problems have arisen because of the increasing dependence on a less diverse diet, dominated by what is available in the PDS shops which in turn is dominated by rice or wheat. Often there is a shortage of proteins, and perhaps even more so of micro-nutrients. In a decentralized system there is more possibility of sorting this out, keeping in view the diversity of local farm produce.

Of course, such a local system is not possible in areas where staple food crops have been replaced almost entirely by plantation or commercial cash crops. However, even in these areas, efforts should be made to continue growing staple food crops on at least some land and the availability of a decentralized food security system can be an encouragement and a highly motivational factor for this.

These changes will be even more far-reaching if this decentralized system of food security is closely tied to a major increase in village-based processing of food by setting up small and cottage industry-scale rice milling units, oil milling units (kolhus), milk processing units and sugarcane processing units (for making jaggery), in addition to cottage industry-scale wheat milling units or atta chakkis that already exist in most places. This will add greatly to nutrition for people as well as for farm and dairy animals (for instance, by making available more residuals and oilcakes for animals). What is more, the potential of food processing units can also be improved in several places by making use of recent innovations like Mangal Turbine and other sources of renewable energy. Water mills or ghrats in hilly areas can also experience a revival with this.

The writer is Honorary Convener, Campaign to Protect Earth Now. His recent books include Man Over Machine and India’s Quest for Sustainable Farming and Healthy Food.