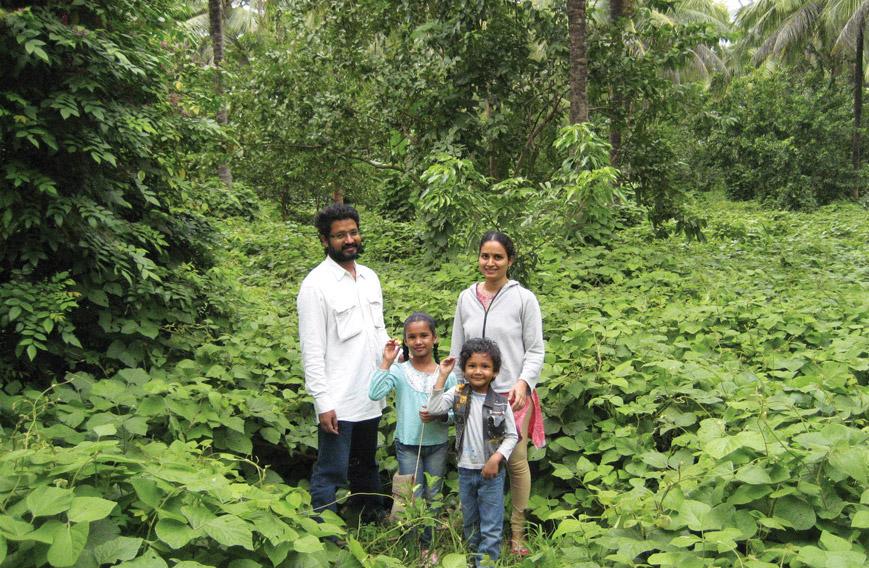 Directly from farm to customers

Deepika Kundaji turned her back on a career in academics in her late twenties to become a farmer. Training to be a lecturer and researcher in archaeology, she gave up her PhD and a job offer in a university in 1993 in search of a new life. After 20 years of living and working on a farm and planting a forest, she does not feel that she ‘left’ or ‘sacrificed’ a career or comforts.

A bunch of idealistic farmers like her attended the fifth National Organic Farmers’ Convention in Chandigarh from 28 February to 2 March. They were all people who had turned their backs on careers that most would die for — as software engineers, in academics, in the corporate world — to become farmers.

Today, Kundaji conserves more than 90 varieties of traditionally grown rare vegetables that are virtually extinct. In Pebble Garden, her small garden of 2,000 square metres, she has 20 varieties of brinjal and about seven varieties of lady’s fingers, including the unheard-of red, white and multi-coloured ones.

At meetings of farmers and in village fairs, she sells these seeds in small packets for Rs 5-20. In tribal areas, she sells them for Rs 1. “I don’t want to preserve old seeds like museum pieces, as a sad reminder of some past glory. I want to bring back to farmers their status of being creators of diversity and agricultural brilliance,” she said. Ironically, she points out, what she does with so much passion is illegal. There are stringent restrictions on sale of seeds (anybody selling seeds in packaged form with information about the seed has to be a registered seed-seller).

Weary of city life, Kundaji went to Auroville in Tamil Nadu in 1994. She struck up a friendship with Bernard Declercq, a Belgian at Auroville, and both began the task of regenerating a severely eroded patch of land which did not even have a top soil layer.

“We decided to do everything on our own with two principles — no external inputs and no hired help. We did not get any soil from outside. There is no point in destroying another place to heal this land and we did not hire a single worker, not even a farmhand. I still work four to six hours in the garden every day and do non-farming work too like repairing broken pipes, cleaning the soakpit myself, chasing away the neighbours’ pigs, apart from cooking, cleaning, holding workshops, receiving visitors, etc,” said Kundaji.

She even constructed her brick house with a single mason and helper. She says farming helped her discover that she is by nature a worker and not a supervisor. “I find it much more fulfilling to experience the work myself. So much learning happens in the process and there is room for creativity if you get into the work hands-on. Most farming in India is done by employed workers. This class divide is a pity, because we are integral human beings, with body and mind functioning together and stimulating each other. I am grateful to Auroville for giving me this freedom and opportunity,” she said.

The land on which she and Declercq have set up Pebble Garden belongs to the Auroville community. Her financial needs, a mere Rs 5,000 a month, are taken care of by her family. There is a small income from selling seeds, about Rs 40,000 in a year but that is used for expenses in the field itself. Apart from that, they receive voluntary donations at times. “After all these years of working in a kind of financial ‘vagueness’, I do not feel that we miss anything or lack anything,” she says. 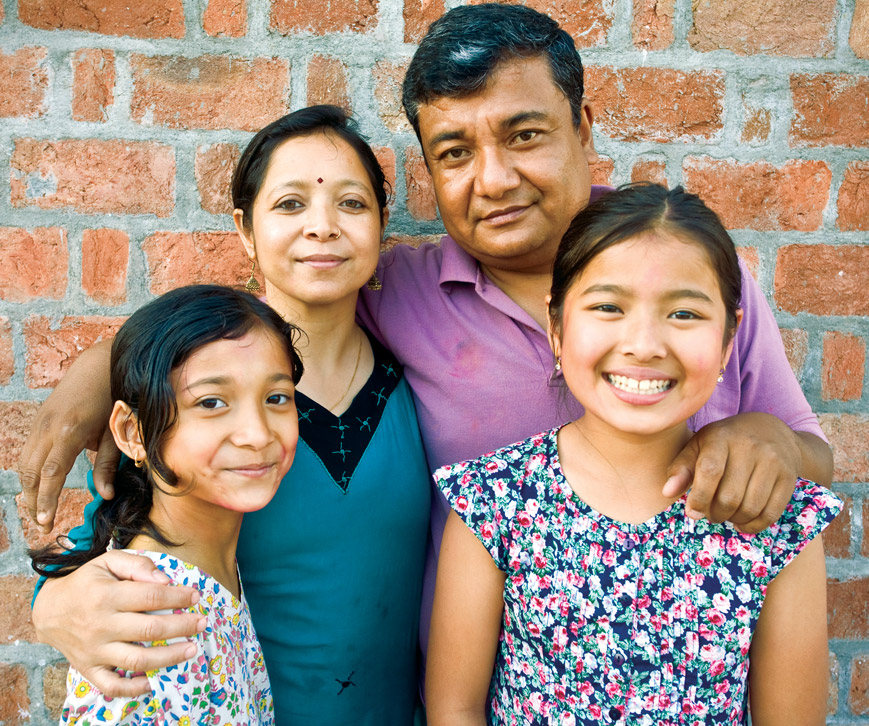 For a calm life

For an urban professional, the end is the means. But in farming it’s the process that counts, says Navin Pangti, a mechanical engineer with a post-graduate degree in visual design from IIT Mumbai. Settled in Gurgaon with his wife, Deepti, an Army Nursing Officer, and two daughters, Pangti had no dearth of work or money. But he realised long ago that a nine-to-five job was not for him.

Even while freelancing as a copy editor, creating digital user interfaces and working on information architecture, he realised that the chaotic nature of city life affects the psyche. Deepti, meanwhile, wearied of allopathic methods of healing and took to studying alternative medicine.

Two years ago, he sold off everything he owned in Gurgaon and went to Haldwani in Uttarakhand. It took him two years to find a six-acre plot of land in Almora that he wanted to buy. He hasn’t begun farming yet. He is striving to restore water sources and regenerate the land which had been lying waste for a while. The couple has opted to practise natural farming — no tilling, no external manure and no irrigation.

“I always wanted to come back to the hills so I started an eco-tourism venture 12 years ago in Almora itself. But I found that the local people we were hiring left their farming completely. All they wanted was a small job in the town. But doling out jobs does not help anybody, people have to discover their skills and create businesses around them,” he said.

While in Gurgaon, Pangti began homeschooling his children as the mainstream schooling system disappointed him. But he found himself still keeping the company of people who could think only in material terms.

“City life is a monoculture. You meet and eat with the same sort of people and look down upon a different set of people. In Haldwani, my children met families who lived in one room and those who had eight rooms but used only two. So they are developing some sort of community feeling now,” he says.

The couple’s parents opposed their move to a village initially but Navin and Deepti are trying to convince them to live with them so that they can, in their last years, see the life they saw as children. To earn a living, Pangti still takes up freelance projects.

The idea is to have a self-reliant life, he says, to produce one’s own food, water and power and be technically independent. “I call farming my pension plan. The best financial planning will fail by the time one retires, thanks to inflation. But a live source of food will serve one till the end,” he points out sagely.

A software engineer with an MBA, Parthasarthy VM left a highly paying career selling banking software in 2012. The trigger was a spurt in lifestyle diseases among his family members in 2010, including his one-and-a-half year old son’s high fever and seizures. A week in the hospital with his son, Sidharth, exposed him to 60 children suffering from the same illness.

Googling the illness took him to a study by the World Health Organisation that found DDT, a banned pesticide, in mother’s milk. “So I started buying organic food at a premium. I even contacted farmers to sell me their produce directly but they would not hear of not using chemical inputs. Monocrotophos, a pesticide banned for use on vegetables, is widely used all over the state. Over a few months, I lost complete faith in the food I was eating and quit my job to grow food myself,” he said.

Fortunately, he had some land in Pandeshwaram near Chennai which was under chemical-based agriculture. He began growing green vegetables there. The initial journey was tough. The land was covered with weeds and he had no knowledge of farming.

Then he met Dr G. Nammalwar, the organic farming scientist who has inspired many people to take up organic farming. The savings he had built up over the years soon vanished and he considered going back to a job. But his wife, Rekha, who was working, supported him.

Two years later, Rekha also quit her job and is now associated with an organic store in Chennai. Over a period of time, many changes crept into their lifestyle. “Farming is about a change in mindset. In the city, we would think about buying a 50-inch screen LCD TV, our son went to the supposedly best school in town. And now, we haven’t switched on the TV for possibly more than a year and Sidharth studies at the local school with just six kids for company,” says Parthasarthy.

That is one problem he faces in  Pandeshwaram. “Everybody wants to send their kids to schools in town so there are no kids here that he can play with. But he is generally busy fiddling with things and a lot happier when he is here. In the city, he still needs an iPad to keep himself occupied.” 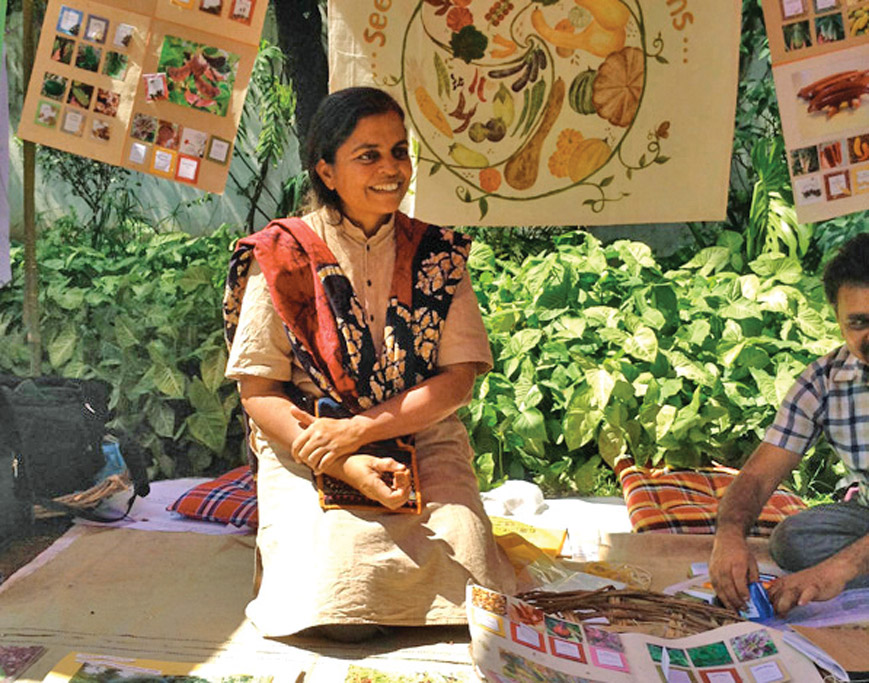 Belonging to a farming family, Raghava’s parents wanted him to get a job and got him to do an MBA. “But I wanted to start a business venture. I would read stories about new start-ups being set up every now and then,” he recalls. Raghava completed the MBA and then one day, when he attended a workshop on organic farming, realised his calling lay in natural farming.

His family had 21 acres where they grew coconut, paddy, fruits and so on but with chemical inputs. Raghava decided to turn the entire patch organic. The family opposed this. He had not taken up a job and now he wanted to change farming practices. Then Raghava decided not to send his kids to school. The family became positively alarmed.

“In school, they teach them in Class 5 that genetically modified is the way to feed the world so how can we expect them to inculcate quality education in our children?” he points out. His nine-year-old daughter, Vishishta, had put up a stall in the organic convention along with her mother where she sold organic seeds. Both she and her five-year-old brother, Varchas, are full-time farmhands at their farm in Davangere, Karnataka.

The entry into natural farming was not without its missteps. It normally takes three years to convert coconut trees to organic. “But in 1999, three years after I began, I lost the entire crop. That made me realise how wrongly I had understood organic farming. I attended many more seminars and went to stay at other people’s farms to learn more. I got a good crop only after another three years.”

Natural farming also made him take up naturopathy for small illnesses that occured in the family. “For instance, with the help of some exercises, I was able to get rid of my glasses which I had been wearing for many years,” he says.

Today, a lot of people visit Raghava’s farm to learn about organic farming. He has a diverse crop of vegetables, tubers, medicinal and aromatic plants, ornamental plants, fruit trees and those used only for timber, besides coconut and paddy which take care of the entire financial needs of his family. And they are a family that loves to travel.