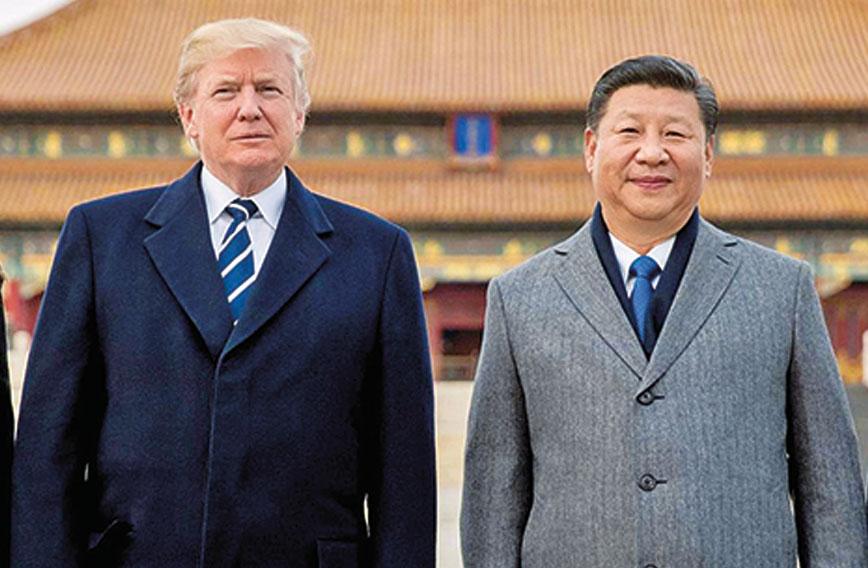 The US has better allies than China

When COVID-19 becomes history the era of this virus will perhaps be remembered by two words — lockdown and webinar. One consequence of the confinement at home — lockdown — of so many writers, researchers, policy wonks and think-tankers, if you will, has been the proliferation of internet web-based talk shops. A ‘webinar’, says the Merriam-Webster dictionary, is “a live online educational presentation during which participating viewers can submit questions and comments”. The dictionary dates the first use of the term to 1998. Even though the concept of a ‘web-based seminar’ has been around for over two decades, webinar has become a household word over the past three months. From heads of state and government to budding researchers, everyone interested in ideas, policies and issues has been engaged in one webinar or another.

In the webinar world of analysts studying foreign affairs, geopolitics and international relations the hot topic is the shape of the post-COVID world. The trend set during the pre-COVID decade was the declining weight in global affairs and the world economy of the West — the United States and the European Union — and the rise of the East, mainly China. How will COVID alter this course?

Those who see the US in secular decline believe the pandemic will only accelerate the process, given the messy manner in which the Trump administration has handled not just the outbreak at home but also relations with countries and multilateral institutions. How things will progress depends on whether the fate of the US is seen as tied to Trump or to more fundamental economic and political trends.

Those who see China in secular rise believe the pandemic, perhaps triggered by it, will further empower it, given the superior ability of the Chinese state to handle such challenges and the weakness of the state capacity of most of its adversaries. The mess in the US, Europe and India, compared to China’s V-shaped recovery from a severe lockdown, is considered adequate proof. China has already provided grist to this mill with its actions across its neighbourhood, from the South China Sea to the Himalayas.

Taken together, these two views would suggest that, rather than altering the course of history, the COVID pandemic will only bring the future of a ‘post-American, Pax-Sinica’ world order closer to us. Even if this were true the question still remains, how sooner? After all, the power gap between the US and China is still very wide. Not only is the US economy still one and a half times bigger than China’s, the US defence budget is several-fold more than that of China.

However, the real power imbalance between the US and China lies in the quality and range of their respective allies. The US counts the EU, Japan, South Korea, Australia and, increasingly, countries like Vietnam and India among its allies, while China can claim North Korea, Pakistan and perhaps fence-sitters like Russia and Iran on its side. Ranged against each other, the US alliance remains more powerful than a potential China alliance.

A question to consider is what would the US do if China chooses not to confront it directly but to nibble away at its periphery and allow termites to eat up the fence? That is precisely the strategy China has been pursuing. It has gradually increased its influence in its own periphery with the aim of first challenging US dominance in Asia — from the South China Sea to the southern Pacific, from Eastern Europe to South Asia and from Africa to West Asia — and simultaneously creating parallel institutions like the Asian Infrastructure Investment Bank. However, the decline in western influence in the developing world has as much to do with China’s growing clout and appeal as with concerns about persisting western attitudes towards the developing world.

While geopolitical analysts on either side argue about the relative power and influence of the two Big Powers, should other nations simply sit and watch their power games? Is it the destiny of other nations, especially what may be called the ‘middle powers’, to either take sides or remain neutral in a bipolar rivalry? That was the option given during the US-USSR Cold War. One had to either join a partisan military alliance or the non-aligned movement. There is no reason why history should repeat itself.

For ‘middle powers’ like Russia, Germany, France, Japan, Britain, India, Australia and other like-minded nations, there is little interest in perpetuating a world order dominated by one or two nations. Rather, their interest lies in a more balanced distribution of power around the world. Which means that even as China becomes stronger, and the US becomes weaker, the Middle Powers must focus on their own and collective strengths that offer a counterweight in the emerging balance of power politics.

In this regard, the initiative taken by the United States to bring major democracies, including Russia, together into an expanded G-7 should be welcomed. Over the next two years India will be a non-permanent member of the U.N. Security Council and will be hosting the G-20 summit in 2022. India’s focus in this period has to be to strengthen its external defences against an increasingly powerful China. Equally, India has to invest in building a more competitive economy and a more stable social and political order at home.

How India manages its external relations and its domestic economy and polity will set the terms for New Delhi’s ability to deal with a post-COVID world of growing rivalry and tension between the West and China. If India falters at home, neither the West nor China would hesitate to twist its arms to suit their interests. On the other hand, if India is able to stay the course and sustains higher economic growth with political and social stability it could attract considerable support from all those who do not wish to see a world order in which western dominance is replaced by Chinese dominance.

While the post-COVID world will be more challenging for India, how we manage to deal with it will depend entirely on how we recover from the domestic situation we find ourselves in. In the middle of 2020 the Indian economy looks even more challenging than it did in the middle of 2019 and the domestic political situation is no better either. The focus of all policy will have to be on improving the performance of the economy and stabilizing the polity. This calls for mature and far-sighted leadership. The COVID crisis has brought into sharp relief the tough choices India must make at home and abroad to be able to manage the even more challenging post-COVID world.