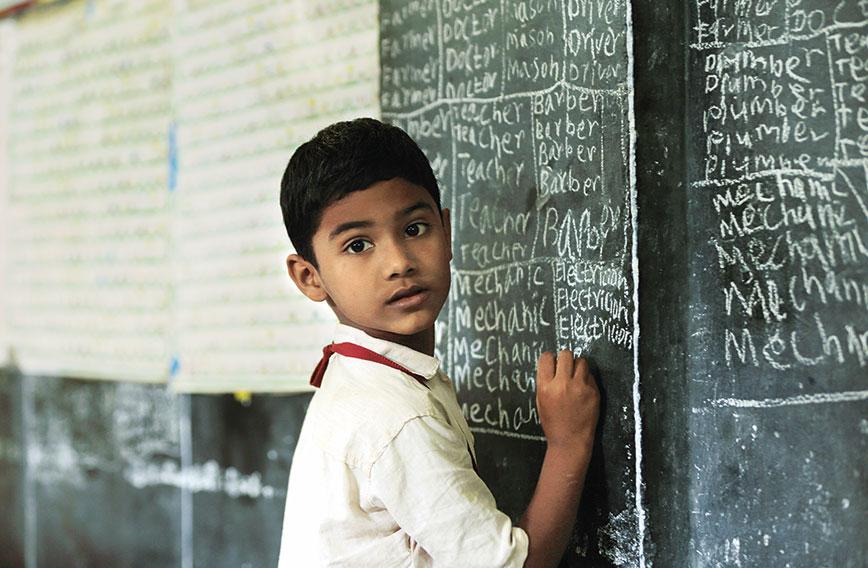 Of all the daily editorials I had to write during my tenure as the editorial page editor of the Times of India none elicited more hate mail than the one I wrote titled “English is an Indian Language”. This was written in response to a protest hunger strike that Samajwadi Party leader Mulayam Singh Yadav had threatened to stage outside the office of the Union Public Service Commission demanding that examinations for admission into the civil services be conducted only in Indian languages and applicants should no longer be allowed to appear in English. It was one thing to demand examinations in all Indian languages, we argued, and quite another proscribing the English option altogether.

Apart from drawing the attention of readers to Yadav’s hypocrisy, given that his children were studying in English-medium schools, the editorial made the point that the Census of India had shown thousands of Indians declaring English as their mother tongue.  The Census of 2011 showed 256,000 Indians declaring English as their mother tongue. It also showed that 83 million Indians had said it was their second language and another 46 million had said it was their third language. English came second only to Hindi (that included its various variants like Bhojpuri and Maithili) as the most widely spoken language across the country. Hundreds of readers wrote to the Times of India protesting against the view of the editorial.

This attitude towards English received a jolt when Dalit intellectuals began demanding instruction even at the primary school level in English. Kancha Ilaiah, political scientist, writer and Dalit rights activist, became a powerful spokesperson for this cause. Welcoming a 2011 decision of the Union government to allow the teaching of English in government schools, Ilaiah wrote: “English education is the key to the modernist approach suitable to a globalised India. The upper castes have handled the contradiction between English and their native culture quite carefully. But when it comes to teaching English to the lower castes they have been proposing a theory that English will destroy the ‘culture of the soil’.”

The recent decision of the Andhra Pradesh government to amend the AP Education Act, 1982, and allow all schools in the state to adopt English as the medium of instruction should be viewed in this context. The state government has reportedly decided to make English the medium of instruction for Classes 1 to 6 in all schools, replacing Telugu, and making Telugu or Urdu a compulsory second language. Chief Minister Y.S. Jaganmohan Reddy was quoted as saying, “We will go ahead with English-medium schools, come what may. We have to prepare the students to boldly face and stand up to the requirements of the technology-driven world and we should not be found wanting in it.”

The Andhra region of the erstwhile Andhra Pradesh has for a long time had a forward-looking educational system that has emphasized the teaching of mathematics and science. It is not surprising that today the single largest group of Indians in the United States, mostly in the fields of engineering, medicine and information technology, hail from Andhra Pradesh.

Critics of English have long quoted the architect of English education in India, Thomas Babington Macaulay, to argue that the British colonial administration began the teaching of English to create a class of clerks. Macaulay’s famous Minute defined the objective of English education in India as being aimed at “creating a class who may be interpreters between us and the millions whom we govern; a class of persons, Indian in blood and colour, but English in taste, in opinions, in morals, and in intellect.” However, it is precisely this class that led the national movement and overthrew the colonial regime and eventually ensured that the sun did set on the British empire.

To quote Macaulay, “Twenty years hence, there will be hundreds, nay thousands of natives familiar with the best models of composition, and well acquainted with Western science. Among them some persons will be found who will have the inclination and the ability to exhibit European knowledge in the vernacular dialects.” This is precisely what China has achieved in its post-colonial phase and India has not done enough about. If China has become a superpower using Mandarin and many Indians still believe the knowledge of English is required for modernization and development, it is because of our failure to translate modern knowledge in adequate magnitude into Indian languages.

The demand for universal English language teaching will remain in India for as long as people believe that this is the only language through which they can secure modern knowledge in the sciences and other disciplines and widen their livelihood opportunities.

What Ilaiah and Jagan Reddy are saying is that there is no reason for Indians to feel defensive about accessing the English language. In fact familiarity with the language opens doors to opportunity. An interesting debate triggered by Macaulay’s Minute in his time was whether one is better off knowing only one language, one’s mother tongue, or two languages. Macaulay spoke in favour of two languages against his orthodox English critics who felt Indians should continue to be taught only in their mother tongue.

The more developed non-Hindi states have shown that even knowledge of three languages is no constraint to intellectual development and economic progress. The more developed parts of India have all adopted the three-language formula, even if the best books in any discipline are still available only in English. The challenge for Indian language enthusiasts is to do what China has done — fund massive translation of all knowledge available in English and other languages.