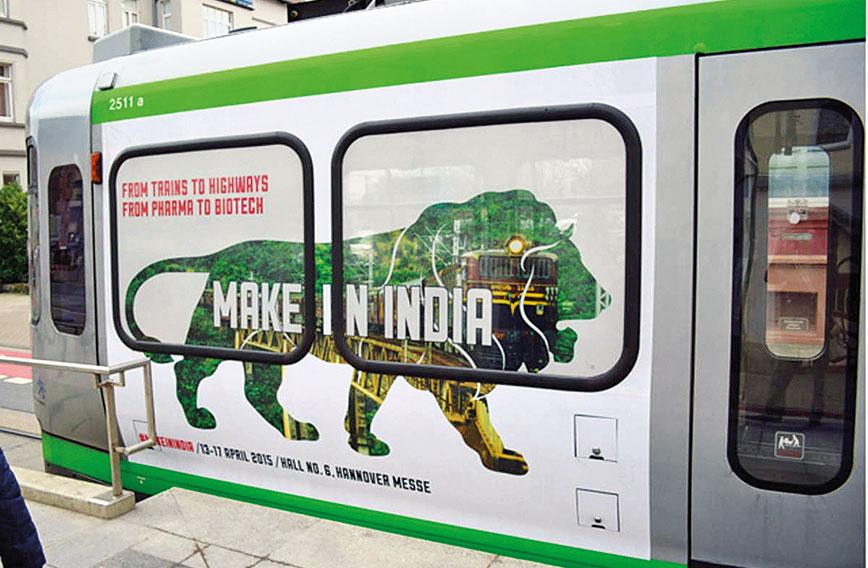 WHEN Prime Minister Narendra Modi first spoke about the concept of atmanirbharata, many mainstream economists criticized him for reverting to a discarded view of ‘import-substituting industrialization’. Part of the initial confusion about what he meant was based on the fact that many within the Sangh Parivar, led by the Swadeshi Jagran Manch, had been critics of India’s economic liberalization programme after 1991. Even though the government of Prime Minister Atal Bihari Vajpayee took forward the trade and industrial policies initiated by Prime Minister P.V. Narasimha Rao in 1991-96, many in the Bharatiya Janata Party (BJP) had been critical of India’s reintegration into the world economy.

In response to these concerns, Prime Minister Modi rephrased his ‘Make in India’ concept to state ‘Make in India, Make for the World’. In other words, the emphasis was on localization of manufacturing, but with such manufacturing capacity aimed for both the domestic and global markets. Atmanirbharata was defined as the ability to address domestic needs and wants while at the same time developing the capacity to compete globally in an inter-dependent world economy.

Much of the contemporary debate on industrial and trade policy has been conducted within the dominant post-Cold War narrative of globalization that was based on what economists call the Washington Consensus and neo-liberal economics. It consisted of a set of ideas promoted by the World Bank, the International Monetary Fund and Western governments that saw free markets, free trade, free enterprise as the way forward for all economies, developed and developing. It drew attention to the rise of rapidly industrializing East Asian economies that benefitted from global integration.

If the post-colonial consensus in the developing world was about minimizing dependence on the external world, dominated by colonial and neo-colonial powers, the post-Cold War view was that international inter-dependence benefitted all economies, developed and developing. Globalization and multilateralism in trade and finance were built on these premises.

However, the recent decision of the United States, supported by its Group of Seven partners, to weaponize global inter-dependence by using trade and financial sanctions to discipline adversarial nations, has brought this entire thesis into question once again. All of a sudden, Modi’s Atmanirbhar Bharat Abhiyan has acquired a new relevance and resonance. Both with respect to foreign policy and economic policy, many ideas at present put forward by Prime Minister Modi and his colleagues echo the ideas of Prime Minister Jawaharlal Nehru and his advisers.

Modi’s views on atmanirbharata today in fact echo the concept of self-reliance first put forward in the First Five Year Plan document, written in 1951. On the issue of self-reliance and dependence on external assistance, the First Plan drew attention to two alternative country examples. The US, it argued, had developed rapidly in the inter-war period based on investment flows from Europe while the Soviet Union and Japan had industrialized based mainly on their own internal resources. India too should try and develop based on domestic resources, the Plan document suggested, setting out the framework for external assistance in these words:

“External assistance is acceptable only if it carries with it no conditions explicit or implicit, which might affect even remotely the country’s ability to take an independent line in international affairs. There are also obvious risks in excessive reliance on foreign aid which depends on the domestic political situation in lending countries and which might be interrupted by any untoward international developments. And yet, external resources at strategic points and stages can be of so much assistance in a period of rapid development that it is desirable, consistently with other objectives, to create conditions favourable to their inflow.”

Explaining the thinking behind this view, one of the Plan’s principal authors, economist K.N. Raj, who was later a key architect of the Delhi School of Economics and founder of the Centre for Development Studies, Thiruvananthapuram, defined the four main objectives of the Plan as follows (K.N. Raj, “Indian Planning: Outline of a Critique and an Alternative Approach”, in Alternate Policies for the Fourth Five Year Plan, State Planning Board, Government of Kerala, Trivandrum, 1969):

1. Doubling of the real per capita income in the country by about the 1970s;

2. Reduction in the share of agriculture in the total working force from over 70 percent in 1950-51 to 60 percent by the mid-1970s, while raising land and labour productivity;

3. Self-sufficiency in foodgrains and development of capital goods industries; ensuring that availability of foreign exchange does not impose a constraint on development and make the country less vulnerable to external economic and political pressures; a total end to reliance on foreign aid by the mid-1960s to ensure further development of the economy self-sustaining;

4. Reduction in the inequalities in income and wealth and in the concentration of economic power; reducing social and political tensions associated with growth and creating conditions favourable to the development of a truly democratic India.

I draw particular attention to the First Plan’s considered caveat that external assistance is “acceptable only if it carries with it no conditions explicit or implicit, which might affect even remotely the country’s ability to take an independent line in international affairs”(emphasis mine). The document points to “obvious risks in excessive reliance on foreign aid which depends on the domestic political situation in lending countries and which might be interrupted by any untoward international developments”. Raj pointedly refers to the need for making “the country less vulnerable to external economic and political pressures”.

In the 1950s India’s political and economic leadership was worried about Big Power rivalry and the hangover of colonialist attitudes in Europe. How different are our concerns today when in the context of renewed Big Power rivalry we are asked to fall in line or face the consequences?

With hindsight today it would appear that Prime Minister Modi was prescient in his call for atmanirbharata. The concept was developed in response to India’s growing economic dependence on a politically and militarily aggressive China. However, it has become all the more relevant in the context of the assault on globalization by the US and its European allies. The idea of self-reliance returns against the backdrop of re-emerging neo-colonial attitudes.