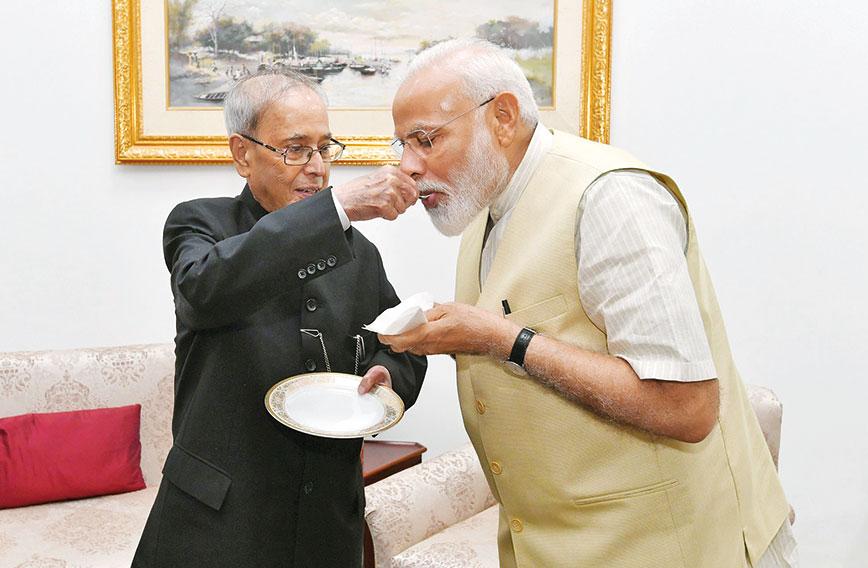 Even though Pranab babu did not get his second term, he got the Bharat Ratna

Memoirs of a Lutyens leader

IT is perhaps typical of a quintessential Lutyens’ Delhi leader like Pranab Mukherjee that only the fourth volume of his autobiography, that too one published posthumously, has made more news than the three volumes published during his lifetime. During my last meeting with him in the winter of 2019, I had gently complained to him that he appeared to have held back quite a bit writing the first three volumes and I pleaded with him that he should be more forthcoming in the fourth volume. He smiled and remained silent for some time.

I hoped I had not overstayed my welcome and was wondering if he liked my frank talk, when he broke the silence. “I began keeping a daily diary,” the former Rashtrapati told me, “when I was still a college lecturer in Calcutta.” He would teach in an evening college and there was not much to do during the day apart from read books and prepare for his evening lecture. Instead of idling the time away he decided to keep a daily diary, penning down his thoughts on something or the other.

Soon it became a habit. For nearly a quarter-century he religiously made daily entries in his diary. Then, one monsoon day in the 1980s, the basement in Pranab babu’s home in New Delhi’s Greater Kailash locality got flooded, destroying books and papers kept in cardboard boxes. He had moved into that home, moving out of a Lutyens bungalow after losing his ministerial post and membership of the Congress party. Dejected and depressed by this loss of years of diligent diary writing, Pranab babu ceased to maintain a diary.

In the summer of 1991 he was invited by Prime Minister P.V. Narasimha Rao for a chat. Rao had disappointed Pranab babu by denying him the finance ministership, a post he had held during Indira Gandhi’s tenure in the early 1980s. The job had gone to Manmohan Singh. Over a cup of tea Prime Minister Rao sought to make amends by letting Pranab babu know that he would be made deputy chairman of the Planning Commission, a less strenuous job, because the PM wanted him to be free and available whenever needed for political and other consultations. India needed a hands-on, full-time finance minister to manage the economy, Rao seemed to hint, but the PM needed a seasoned politician like Pranab babu to manage the ruling Congress party.

Finding Pranab relaxed after this reassuring conversation, Rao asked him if he was still in the habit of maintaining a daily diary. The PM was then told the story of the flooded basement and how monsoon waters had wiped out his collection of diaries. Expressing his sympathy, the Chanakya in Narasimha Rao seized the moment and said to Pranab babu, “Well, then, I am glad you will be in Yojana Bhavan. This will not be a stressful job and you will have a lot of free time to refresh your memory and write down important things from your lost diaries into a new book.” The PM then offered to personally select the best stenographer available and assign him to Pranab babu so that the deputy chairman of the Planning Commission could use all his free time to dictate from memory entries in his old diaries and thereby recover the past. Perhaps Rao hoped that Pranab’s diaries would have stories to tell that the country ought to know. 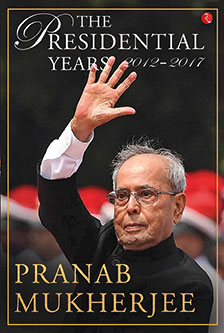 Pranab babu narrated this entire story to me in response to my suggestion that he should be more forthcoming in the fourth volume of his autobiography, having disappointed the curious reader with his reticence in the first three volumes. I left that meeting excited. I imagined that Pranab babu was hinting to me that he was now finally ready to come clean and share his innermost thoughts in a candid final volume. He has certainly been more candid in this last volume compared to the first three, but it is so obvious that he has held back so much more.

That is in the nature of most political leaders in India. Rarely has anyone in a position of power willingly shared what can indeed be shared without violating the provisions of the Official Secrets Act. I have read several memoirs published over the past decade. Apart from Pranab babu’s, I have read the autobiography of I.K. Gujral, Sharad Pawar, M.L. Fotedar, R. Venkataraman, K. Natwar Singh and so on. Every book offers something of interest to the historian and the political scientist, apart from the political reporter, but none is candid on matters of national policymaking as, for example, the recent books of senior American officials like Robert Gates and John Bolton.

Politicians in the US have been willing to burn the bridge to power by writing memoirs because they see life beyond politics. Many return to their private sector jobs, board positions and consultancies, others go into think tanks and academia. Few Indian politicians have any life beyond politics and no one is willing to burn any bridge till the very end in the hope of getting something more out of the system. Even presidents and prime ministers hold back, hoping for a non-controversial end if not a Bharat Ratna. Even though Pranab babu did not get his second term, he got his Bharat Ratna. Even so, he allowed his last volume to be published only posthumously.

The only politician who had the courage to write a no-holds-barred memoir but wrote it in a fictional form was Narasimha Rao. His The Insider (Penguin, 1998) is candid to the core, but the narration stops with 1980. A second volume has been long promised but is yet to see the light of day. A democracy deserves candid autobiographies so that there is informed analysis of how policies were made and unmade. Apart from writing books, retired politicians should offer courses at the various schools of public policy that have come up around the country. There is tremendous thirst for such knowledge, as I have seen from my own experience teaching at such schools.

Sanjaya Baru is a writer and Distinguished Fellow at the
Institute for Defence Studies & Analyses in New Delhi.