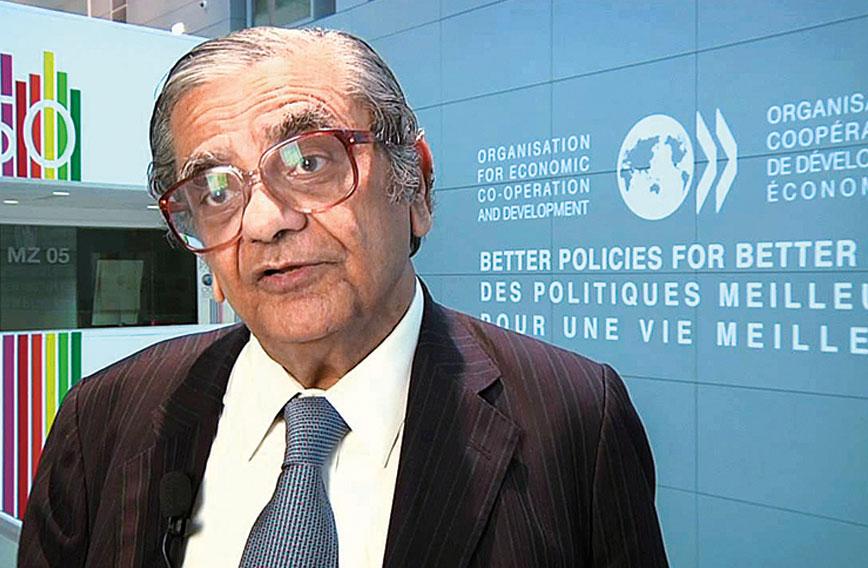 A loyalty tax on nationalism

One of the amusing aspects of the debate on nationalism triggered by the Bharatiya Janata Party’s (BJP) election campaign and victory is how much it has animated the NRIs (Non-Resident Indians) of the “Never Returning Indian” kind. Even in the comfort of the cold United States east coast and the salubrious climate of California, Indian Americans have been getting hot under the collar or vicariously excited about the rising tide of nationalism in India. While NRI residents in West Asia send home their hard-earned dinars, most Indian Americans send home their advice.

Taken together, the top 15 countries from which US dollar savings get remitted back home account for an annual inflow of $70 billion as of 2018. Of this, only $11.75 billion comes from the United States. West Asian countries including Saudi Arabia, the United Arab Emirates, Qatar, Bahrain and Kuwait account for over $30 billion. No one from West Asia writes op-ed articles in the Indian media advising Indians how to run their country, but oh so many of our relatives in the US have so much advice for us. Well-meaning and constructive advice is always welcome and ought to be received with an open mind and gratitude. But what does one do with half-boiled critiques written more with one’s western peers and publishers in mind than those who matter back home?

Economist Jagdish Bhagwati, an early advocate of talent emigration, even in days when it was still frowned upon by India’s ruling elite, came up with a novel proposal. Tax outgoing talent so that India at least gets to retain some of the public money invested in their globally marketable talent. In the 1970s, when Bhagwati first made this proposal, talent out-migration was dubbed “brain drain”. To alleviate the loss to the economy caused by such brain drain, suggested Bhagwati, the professional and technically qualified migrant going from a less-developed economy to a developed economy should be subject to a special tax. Since most such Indians were the offspring of policymakers in New Delhi, no such tax was ever imposed.

Taking his mid-1970s views on brain drain tax forward, Bhagwati wrote in 2004, “Enhancing these good effects (of skilled emigration) requires that countries such as India and Taiwan adopt the diaspora model, extending a warmer embrace to their nationals abroad…. However, the diaspora approach is incomplete unless the benefits are balanced by some obligations, such as the taxation of citizens living abroad…  Estimates made by scholars…demonstrate that even a slight tax on Indian nationals abroad would substantially raise Indian government revenues.” Are Indians abroad and their relatives at home ready to pay such a tax? It could be an important source of revenue for Finance Minister Nirmala Sitharaman.

In the early 2000s Prime Minister Manmohan Singh tried to change the narrative, taking a more hopeful view of the NRI. Why think of them as the ‘never returning Indian’, maybe they would, at least temporarily or partially, return to contribute to nation-building. Indians abroad need not be viewed as a drain on India but as a bank on which India can draw, Singh told the audience at the Tata Institute of Fundamental Research (TIFR) sometime during his first term. Emigrating Indians are not a drain on the economy to be taxed but a source of future income for the country to draw upon. Singh’s suggestion would have meant that India “borrow from” rather than “tax” the talented NRI.

Prime Minister Narendra Modi too took this positive view of the Indian diaspora, staging fancy events abroad and lauding the patriotism of the NRI. How many of those who applauded Modi from Madison Square Garden to Wembley Stadium have in fact invested their time, talent and wealth in the building of a modern India? A proper study would reveal very few. But the very same Indians remain the loudest proponents of nationalism. Clearly, their nationalism is vocal and rarely gets monetised.

The NRI as a ‘brain bank’ from which India can borrow talent and expertise is an idea that has found some relevance in the field of information technology. However, the question is moot whether what India has been able to draw from this brain bank is anywhere near what it has been able to contribute to it annually through the outflow of talent.

One type of Indian talent abroad that is of little use to India today is the Indian social scientist in US academia — economists, political scientists and sociologists. Most of them write for their peers to ensure publication in professional journals, ensure tenured jobs and secure invitations to conferences and policy roundtables in Washington, DC. While their peers and bosses are in the US, the audience for their ideas is, more often than not, back home in India. Few Indian American social scientists, if any, get published in the New York Times or Wall Street Journal but find more space than warranted by the relevance of their ideas in the Indian media.

A new development is the importance US employers seem to attach to policy experience in India for increased professional advancement in the US. So, taking a couple of years off, coming to India on a sabbatical as an economic policymaker helps them to return to better-paid jobs in the US. From the 1960s to the 1980s Indian economists returning home from the US to take up government jobs not only did so with their entire family but moved back home permanently. In the past decade, every Indian economist who has come from the US to work for the Indian government has returned, with their bio-data boosted. Rather than use their position abroad to contribute further to India’s development, they become better ‘informed’ critics of India, informed by their tenure in government in India. Surely, at least the income of such economists ought to be taxed!

Sanjaya Baru is a writer and Distinguished Fellow, Institute for Defence Studies & Analysis in New Delhi