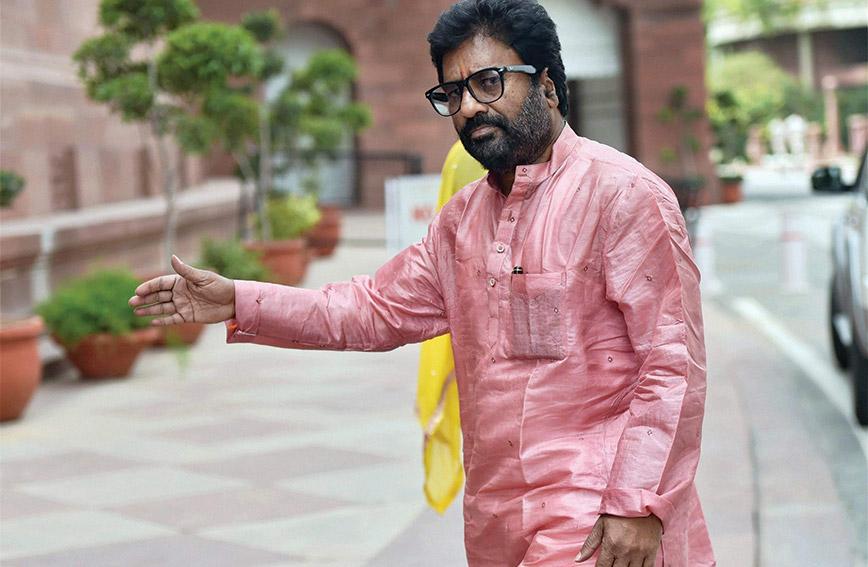 Every dog has his day!

There is delicious irony in the fact that on the one hand it was a former maharaja who recently ordered an end to the ‘lal-batti’ (red light atop a car) VIP culture while it was a small town college lecturer who hit the headlines by throwing his political weight around, slapping an airline employee with impunity to make the point that he is a VIP — a Very Important Person. There is nothing surprising about this paradox.

India’s feudals have long learnt to adapt themselves to life in a democratic republic.  In private they yearn for kow-towing by the lesser mortals, but in public they are politically correct. It used to be said of the late Madhavrao Scindia, a Congress party Member of Parliament from Madhya Pradesh, that he expected to be referred to as “Maharaj” and “Samanta” in his realm while in New Delhi he knew he would only be
Mr Scindia.

So the new chief minister of Punjab, Amarinder Singh, who had ordered an end to lal-batti on government vehicles in Punjab, prefers to be referred to as “Captain”  — the rank he rose to in the Indian Army — even though he is the son of a maharaja — Maharaja Yadavindra Singh of Patiala. His feudal attributes stay at home — in his palatial palaces. In public he wears a crumpled kurta and churidars.  Ravindra Gaikwad of the Shiv Sena, a college lecturer from Osmanabad in the Deccan and now an MP,  however, insists that he be treated like a VIP.

That India has far too many VIPs is established by the fact that the Delhi Darbar had to come up with a new term — VVIP — to distinguish the real VIPs from the pseudo ones. But, with the proliferation of regional political parties the central government has found it very difficult to impose any discipline at all on state governments in restricting the number of VIPs. When Kumari Mayawati became chief minister of Uttar Pradesh she would insist on driving into New Delhi from across the Yamuna in a motorcade of no less than 20 vehicles, most of them empty. She had to let the Dilliwallahs know that she too was a VVIP.

An ordinary MP like Mr Gaikwad, figures at No. 21. So his insistence that he ought to be treated like a real maharaja by Air India is a bit much even within the protocol-obsessed system of republican India. But the clutch of institutional privileges given to MPs and live TV coverage of Parliament and the 24x7 newsy entertainment has given many such Gaikwads a larger than life view of their own importance. Time was when an MP would not be recognised even in his own district. The local political VIP is almost always a minister in the state government from that district, rarely the MP.

But then, MPs have become a sort of trade union. When any one of them is in a spot, every one of them unites in the name of parliamentary privilege. The same goes for diplomats, as we witnessed during the infamous Devyani Khobragade episode. All for one because that one could be all!

Why blame the likes of a Gaikwad alone? Status consciousness is a more generalised Indian failing and within the institutions of the State it gets reinforced by protocol and the privileges of power. An airport is a good place to observe how VIPs seek to differentiate themselves — getting someone else to carry your hand baggage is the most visible sign of such privilege mongering. Even retired diplomats and officials like to pre-arrange some VIP treatment for themselves. Junior officials still in service and waiting for their promotion wait eagerly for such entitlements of office.

One symbol of importance in Delhi’s competitive world of VIPism is the number of entry permits and parking stickers stuck on a vehicle’s windshield. The real VVIPs have none at all. Then begins the proliferation. I have often wondered whether these stickers are not a traffic hazard. Can the driver get to see the traffic on his left or is he blinded by all those stickers? Fast-moving VIP vehicles have, in any case, become a traffic hazard in all state capitals and other cities.

Captain Amarinder Singh’s republican gesture will not begin a social revolution. Before him even Arvind Kejriwal declared that he would end Delhi’s VIP culture. There is only one law that operates as far as India’s VIP culture goes — governments may change but the privileges of governance remain and get transferred from one lot to another.

Many MPs of the Bharatiya Janata Party who became ministers in May 2014 have, with time, transformed themselves from being normal, civil and decent human beings to becoming VIPs. That look on their face often says it all. On the other hand, yesterday’s arrogant VIPs are now today’s humble and friendly souls, yearning to be recognised in public and wished warmly. Every dog has his day!