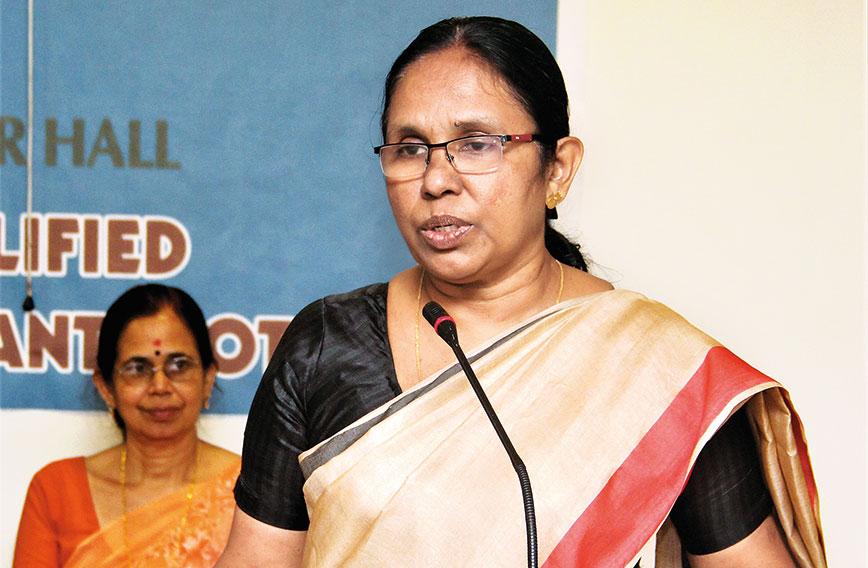 COVID and the communists

HEALTH activists and concerned citizens have tried for a long time to place healthcare and public health on the national policy agenda of mainstream political parties, with little success. The only connection between health and politics in India has been the link between politicians in power and private medical colleges and hospitals. That is not a particularly elevating story to tell.

A decade ago the Manmohan Singh government launched the National Rural Health Mission (NRHM) and the Accredited Social Health Activist (ASHA) scheme as the first real national-level policy intervention in healthcare. Both programmes have had limited success. In New Delhi, the Aam Aadmi Party (AAP) government set up Mohalla Clinics and thereby introduced one more innovation at a local level. Inspired by US President Barack Obama’s Obamacare initiative, Prime Minister Narendra Modi launched an insurance-based healthcare support programme, Ayushman Bharat, which is yet to make its mark in improving the health and medical care system.

Despite all these experiments, after COVID-19 hit India the entire world is talking about what everyone calls the ‘Kerala Model’. From the New York Times to London’s Economist, the Western media has suddenly discovered that Kerala has got something right! The ‘Kerala Model’ is many-sided and has been commented upon for a long time. The focus has mainly been on Kerala’s investment in education and health and its creditable performance on human development indicators. An important dimension to the success of the Kerala model in health is the decentralization of public health, with panchayats empowered to administer primary health centres (PHCs). Prime Minister Modi recently advocated something like ‘gram swaraj’ in health, with village-level self-reliance. Kerala has tried that at the primary level, though for tertiary care people still go to the cities.

The most exhaustive research on Kerala’s development model has been done by researchers at Thiruvananthapuram’s Centre for Development Studies, and this goes back to the early 1970s. The downside of the Kerala model has always been the inability of the state economy to generate the jobs required to absorb the large pool of educated young women and men. However, this constraint was dealt with by Kerala exporting its human resources talent to the rest of the country and, in substantial numbers, to West Asia. Indeed, the annual inflow of dollar remittances from West Asia has helped Kerala by pumping purchasing power into the state. The development of tourism also helped Kerala sustain growth.

The upshot is that Kerala’s human development-based growth was sustained by the monetization of the state’s investment in education and skill-building. Its relatively good healthcare record is both on account of public investment in primary, secondary and tertiary healthcare, as well as growing private investment, especially in tertiary care.

The interesting fact that this renewed focus on the Kerala model brings out is that it mirrors to an extent the experience of two communist states —Cuba and Vietnam. Cuba has been at the forefront of healthcare for a long time. Early in the Covid saga, Cuba welcomed a luxury liner full of Covid afflicted that was denied anchor along the United States coast. Cuba willingly treated all the inhabitants of that ship. Cuba went further. It sent its doctors to many African countries, being the only country apart from China to extend Covid cooperation beyond borders.

It is not a coincidence that all the three examples of relative success with Covid treatment — Cuba, Kerala and Vietnam — happen to have governments run by communist parties. The communists have for long been associated with a public focus in healthcare. Though both the erstwhile USSR and China regressed into wrong policies, they have both been associated with people-centred healthcare for a long time. China’s experiment with Barefoot Doctors inspired global attention in the 1970s. However, while post-Mao China slid back into more privately funded healthcare, Cuba remained steadfast in its commitment to public healthcare.

In India, the private corporate sector has taken over not just medical care but also policy thinking on medical care. With almost Pavlovian instinct, the Indian media reached out to familiar faces from the world of private corporate healthcare to hold forth on Covid care when none of them had any experience. During the first few weeks of the Covid lockdown the media was parading the likes of Medanta’s Naresh Trehan, Manipal’s Devi Shetty and doctors from Apollo, Max and other corporate hospitals as if they were the best informed on public health and a pandemic caused by an unknown virus. It took days before the likes of Dr Jayaprakash Muliyil of Vellore surfaced on national media.

From social media responses it seemed as if many educated Indians were discovering for the first time that when it comes to healthcare the communists had done something different, and better. Interestingly, though, while the US media has been willing to write about Kerala and Vietnam, it has remained largely quiet on Cuba, the neighbour with a better healthcare record. Too close for comfort?

The national media’s ignorance till recently about Kerala’s healthcare model is surprising given the fact that across the country most qualified nurses come from Kerala. Attending to the elders in my family at hospitals in Delhi, Hyderabad, Chennai and Coimbatore I found my familiarity with Malayalam always took me a long way in getting immediate attention from harassed nurses. All I had to do was say “Naadu evidey?” (Where’s home?) and there would be a smile, a reply and helpful attention.

Kerala has not just helped itself with its focus on healthcare, it has helped Indians across the country through the dedicated service of Malayalee nurses. No state that has been a trusted political base of the BJP has so far done anything on the healthcare front worth admiring and emulating. Not surprisingly, the only idea the BJP has been able to come up with was Ayushman Bharat!

Sanjaya Baru is a writer and Distinguished Fellow at the  Institute for Defence Studies & Analyses in New Delhi.