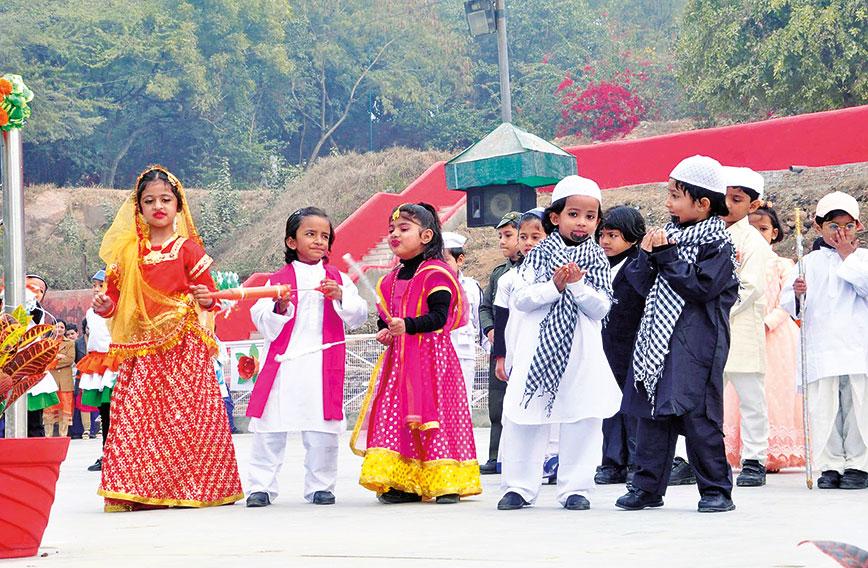 It was 8.30 on a cold evening and, while walking past a reputed school in Bengaluru, I came across a long queue of young men and women. Out of curiosity I enquired from one of them and learnt that these were parents who had come to get the admission form from the school for enrolling their children in the pre-school run by the institution. There are reputed kindergarten schools in many metro cities where parents queue overnight to get admission forms.

Whenever I read about and see such queues, I am grateful to my times — neither my parents nor my wife and I had to go through this.

In fact, my personal case is bizarre. I refused to go to the Montessori school that my parents wanted me enrolled in. When I turned six, there was a valiant but futile attempt made to enrol me in Class 1 of a regular school. At seven, I was finally taken to the school forcibly and tied to the bench to prevent me from running away. When the teacher began telling me a very interesting story, I slowly stopped sobbing and began listening intently. The next morning, to the relief of my mother, I announced that I was willing to go to the school. The interesting thing was that, thanks to my home environment, I was able to read and write well before joining the school.

So what was my home environment? My sister and brother were five and nine years older than me, respectively. My father believed education was the most important aspect of his family’s future. My childhood home was fun, filled with activities. My mother would play the harmonium, take me to several cultural programmes and plays. Many festivals were celebrated in our home. One of the biggest was Ganesh Chaturthi. At that age, without understanding much, I was exposed to the singing of famous personalities like Bhimsen Joshi, Hirabai Badodekar and others. A flute, a mouth organ and xylophone were bought for me, which I used to play to the best of my ability — without any formal training. The house was full of books, notebooks and painting material. I used to keenly look forward to the Sunday edition of the newspaper since it had a section for children’s stories and poems. In fact, I created my own book of select stories cut out of the Sunday newspaper.

Hobbies like making the Indian flag and making kites used to occupy a fair bit of time. And there were scores of children to play with in the neighbourhood. Life was truly enjoyable without any structured compulsion for learning anything particular. All this helped me achieve the first rank in all examinations until Class 5.

Evidence from research across the world indicates that early childhood (0-6 years) is a critical period as it lays the foundation for lifelong learning and development. The first six years of a child’s life are also when maximum brain development occurs, resulting in rapid growth in all areas — physical, cognitive, language, social and emotional. Considerable learning takes place during this period, which prepares the child not only for the remainder of childhood but also for adulthood. Rich and positive psycho-social, emotional, cognitive and linguistic stimuli in the early years is critical for healthy growth. Research shows that exposure to early childhood education decreases student drop-out and augments learning in school in later years. Longitudinal observational studies in countries such as the US, Chile and others have found positive impact of early childhood education on educational achievement of students in schools.

It is therefore astonishing that we in India have taken more than 70 years to decide that pre-school education must become a necessary and integral part of our education value chain. A few months before the Right to Education (RTE) Bill was presented in Parliament, we had met the then education minister to present many valid issues that needed to be integrated in the RTE Act. One of the critical recommendations was that the Act must include early childhood education (ECE) and extend upto Class 12.

The ministry was in a hurry to get the Bill approved and it showed helplessness in including pre-schooling in the Act — since it was the Ministry of Women and Child Development that dealt with the ECE through anganwadis (Early Childhood Education Centres). It was heartening that the 65th Central Advisory Board of Education (CABE) officially tabled the proposal to make ECE a part of RTE. Of course it will take some time for it to actually happen.

The quality of pre-school education in both government and private space is poor. This is the only part of education that is completely unregulated (though I am not much in favour of regulation), leading to non-standard, widely varying and exploitative pre-school education. Thousands of poor-quality ECE schools have mushroomed, especially in urban and semi-urban areas, charging hefty fees for poor-quality practices. Children of socio-economically disadvantaged parents are deprived of the necessary preparation and development when they enter the school, creating huge inequity with those who go through ECE, because, by the time they pass Class 10, they are required to run the race despite beginning much before the starting line. The implications of not providing high-quality pre-school education are acute. We end up making much more effort at a later stage by not helping the children develop linguistic, neuro-motor, sensory, emotional and social abilities during the appropriate developmental stage.

It is high time we made:

In the long run, we must make early ECE an integral part of school education and ensure that all ECE teachers are professionally qualified and treated on a par with other government schoolteachers.

When my colleague and I spent some time in the ECE schools in Finland, we wished we could be reborn and enrolled in those beautiful schools!